﻿
After taggin’ calves, comes pairin’ out.
Note: I do not write “pairin’ out” just to be cool or funny or Hollywood. That’s just how people around here talk. I don’t think I’ve heard the ‘g’ sound on the end of a word since I moved to a ranch. It’s all: “calvin’, taggin’, pairin’, brandin’, and movin’.” or maybe “pushin'”.
So it feels weird to write “pairing out”, cause we just don’t talk that way.
🙂
First, the cowboys gather the cows and their calves and push them into a ‘trap’. Basically a small fenced-in enclosure. 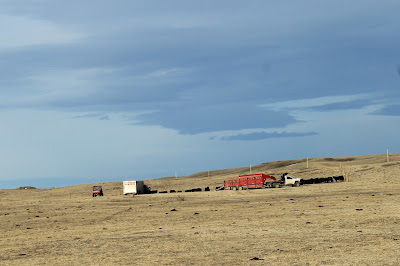 Here comes the cows, up from the creek bottoms. 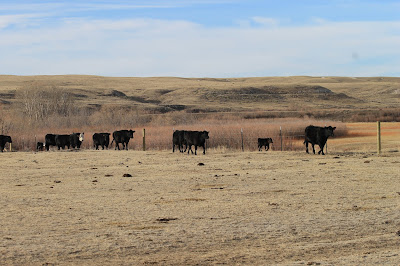 The Boss – on the side-by-side, and a neighbor on a horse. Just makin’ a sort of a fence so the cows go in the right direction. 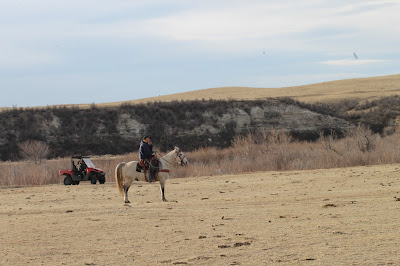 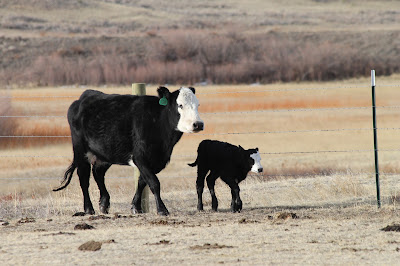 Here comes Tom, pushin’ pairs up from the creek-bottom. 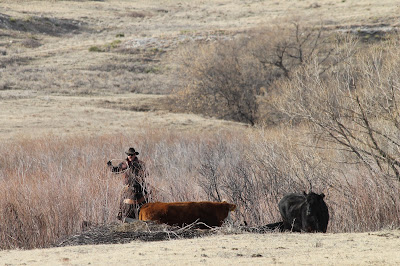 And there’s My Cowboy and Obie, getting a few calves out of the willows. 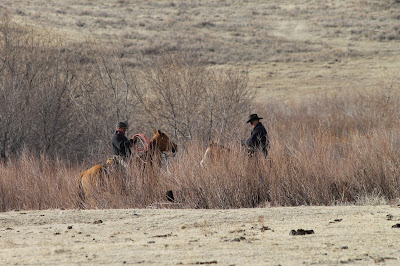 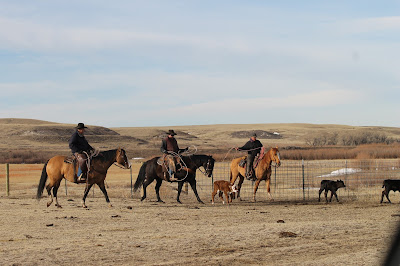 After the pairs are in the trap, they sort them out, one by one, and after determining the gender of the calf, they send the heifer calves (and their mamas) one direction, and the bull calves a different direction. 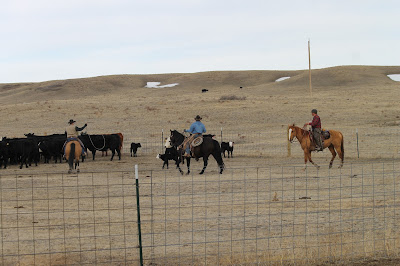 The purpose of pairing out is to separate the bull calves from the heifers, and to get the pairs out of calving pastures, into larger pastures. At least, that’s how I understand it. 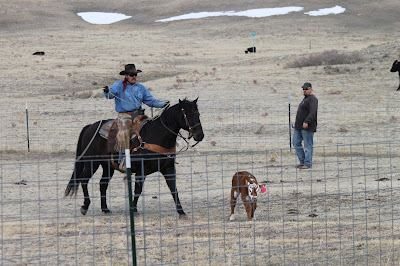 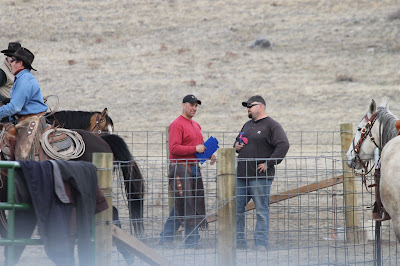 Anyways, that’s how it’s done. More or less. I had a squealy baby in the backseat of the Suburban, so I had to leave before they were done. 🙂