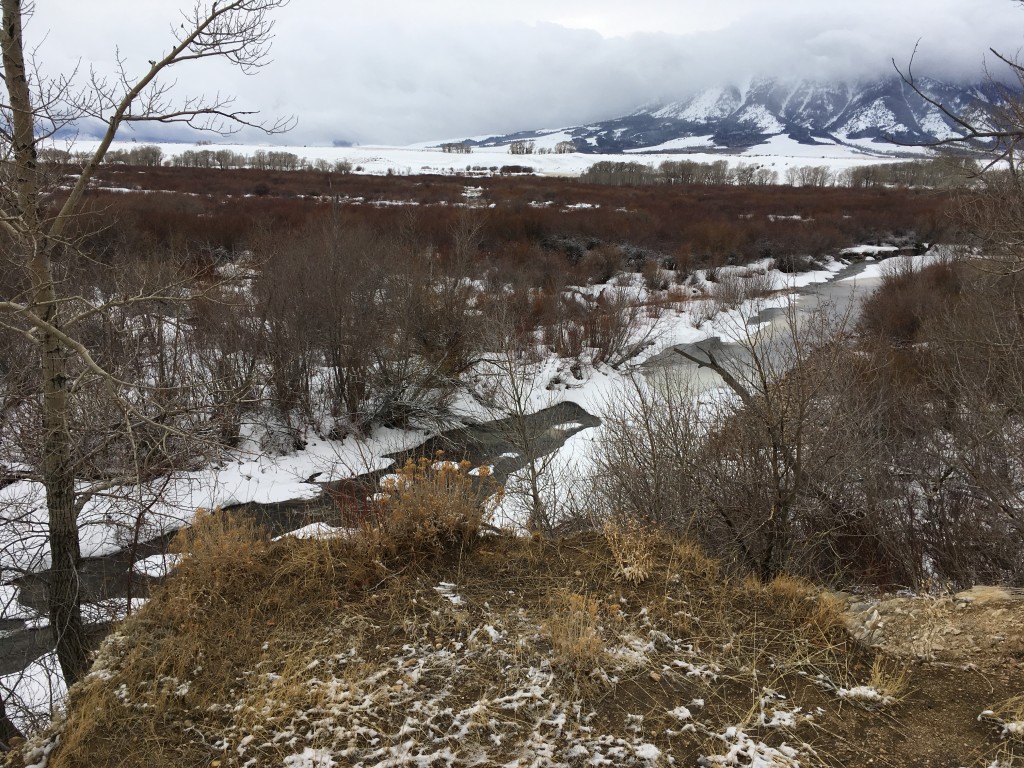 My favorite spot: a bluff overlooking the Medicine Bow river and Elk Mountain in the distance.

This month we had our mid-winter thaw. The weather warmed to an incredible 35-40 degrees! Tons of snow melted, the run-off swelling the river and making a muddy mess around the house. The river had been nearly covered in snow and ice since December. Only a few small open spots. But the warm weather melted most of the ice and the water was rushing merrily along.

I went for a walk one warm day, and while walking along my favorite spot above the Medicine Bow river, I had a strong sensation of deja vu. 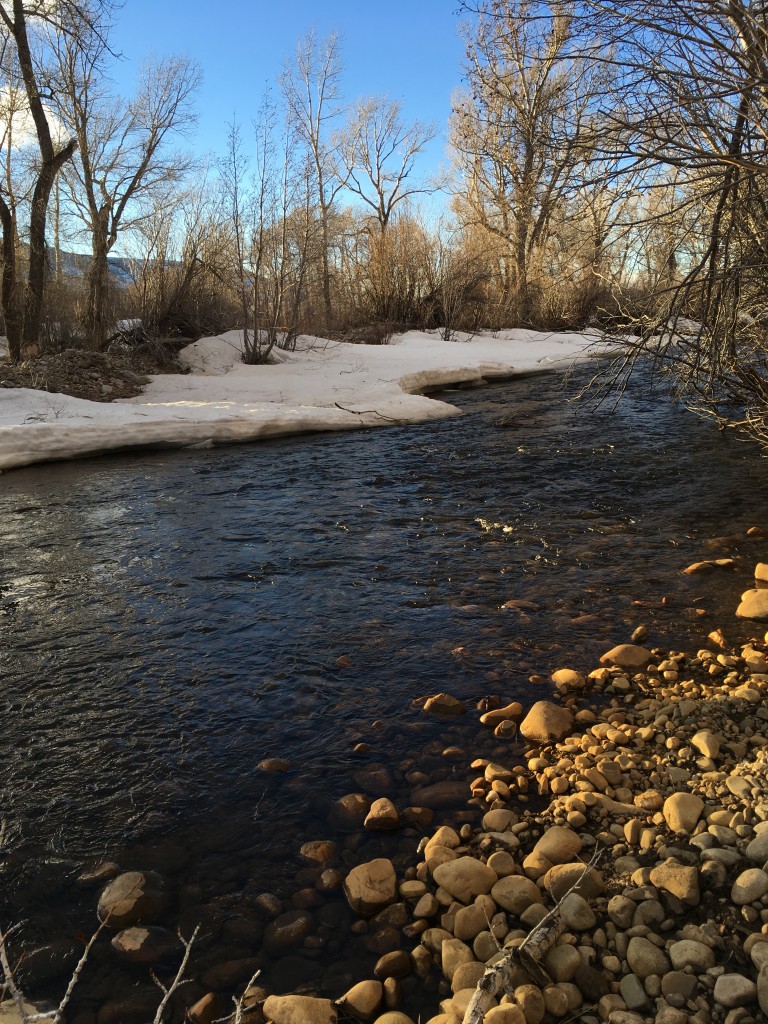 I realized it was because I have read and re-read books about the far north; White Fang, Tish, Mrs. Mike, and Silence of the North. In them, you read of a ‘warm spell’ when the hardy pioneers would go out and relish the warm weather, having picnics on the bare patches of ground where the snow had melted.

“Less than a week after that the weather broke. The sun came out warm and bright, the snow started to melt, and the lakes opened up along the shores…”  ~The Silence of the North

When I read those stories, I never understood how it could be ‘warm’ at 30 or 40 degrees?! I mean, c’mon! There was still ice on the river and snowdrifts in the shade, for crying out loud! (remember, I spent childhood winters in Florida!)

But now I know.

When you have been through several months straight where the temps never climb out of the teens, there is literally 4 ft drifts, and the snow falls fresh almost daily — well, you can see how melting snow and 40 degrees feels warm! 🙂

I did actually consider a picnic, but the wind was blowing pretty hard, so I decided against it. Instead, I went for a walk, first along the top of the bluff, then down the winding lane to the river bottom. The late afternoon sunshine was so lovely, falling warm and clear across the water. 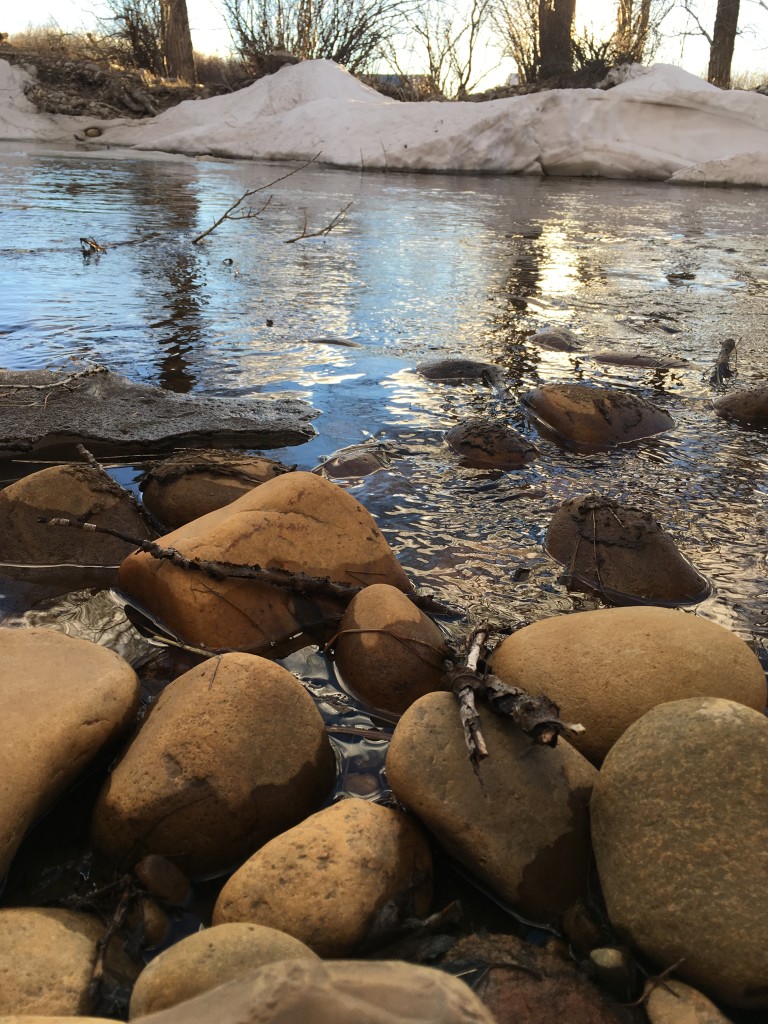 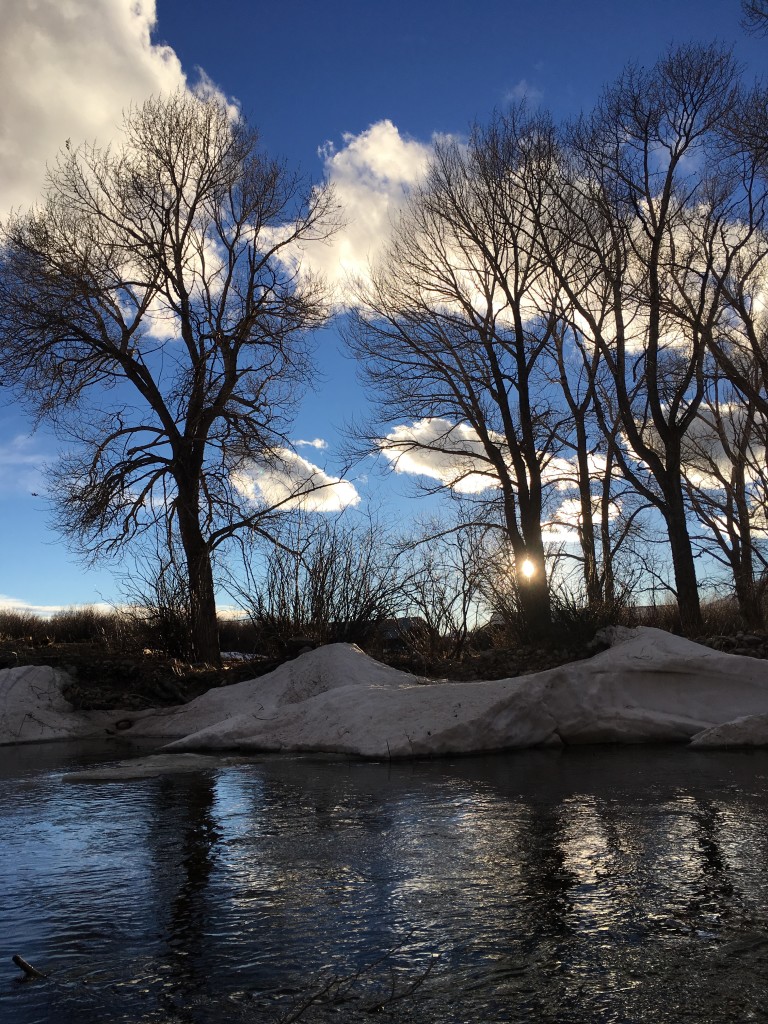 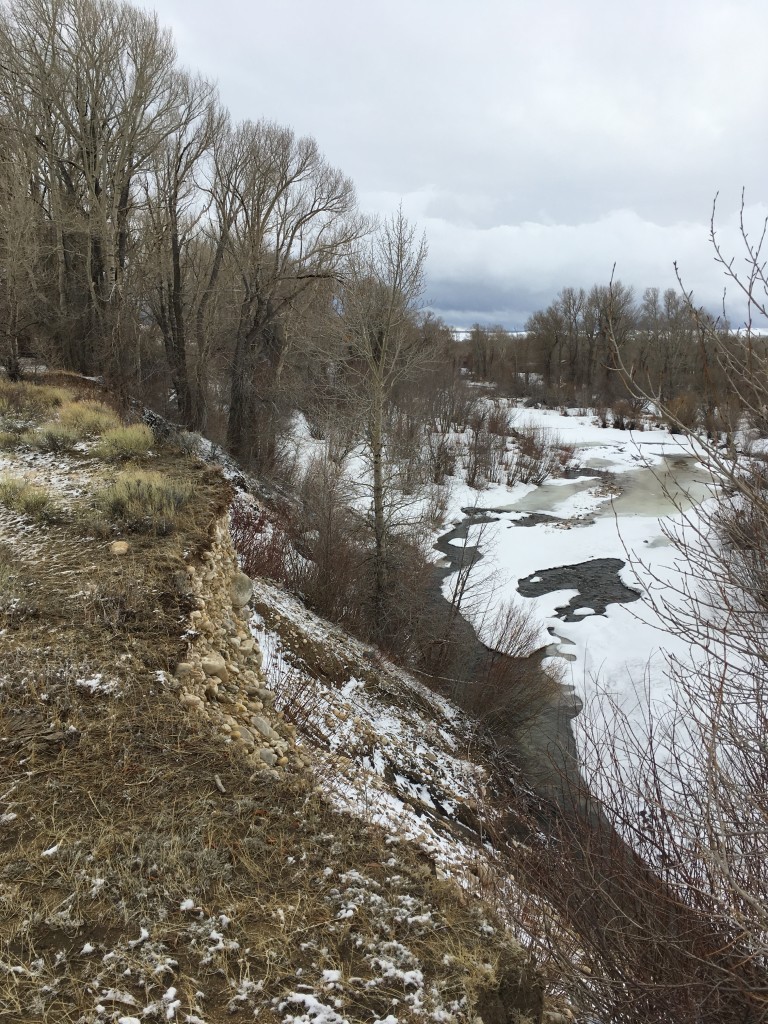 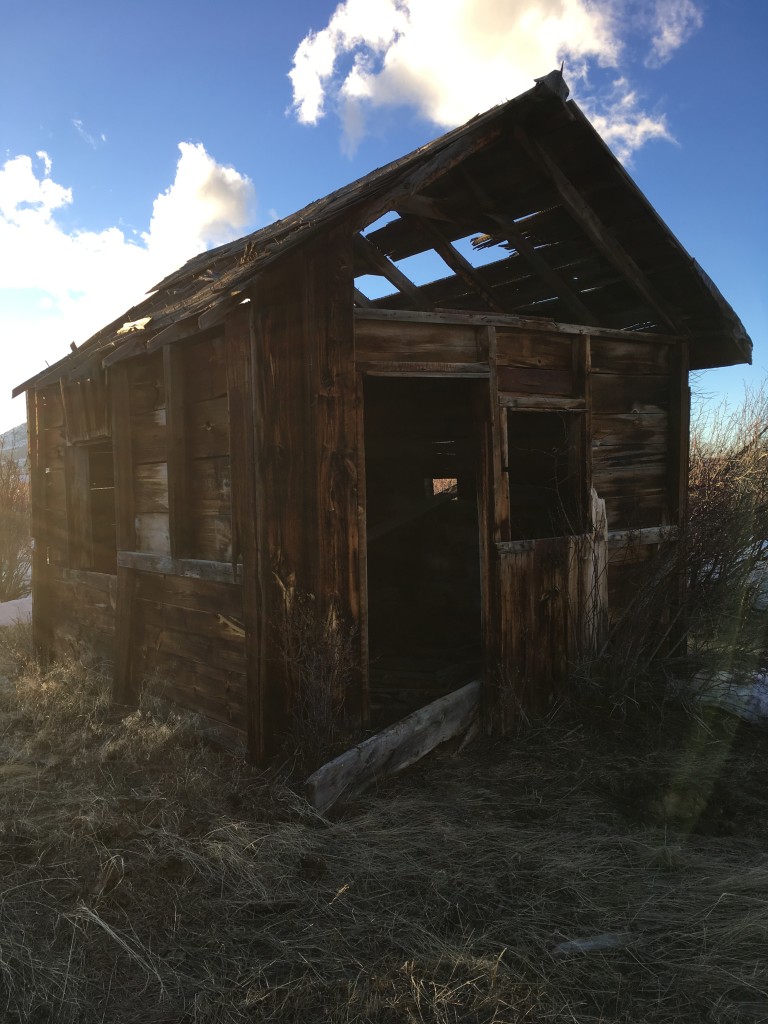 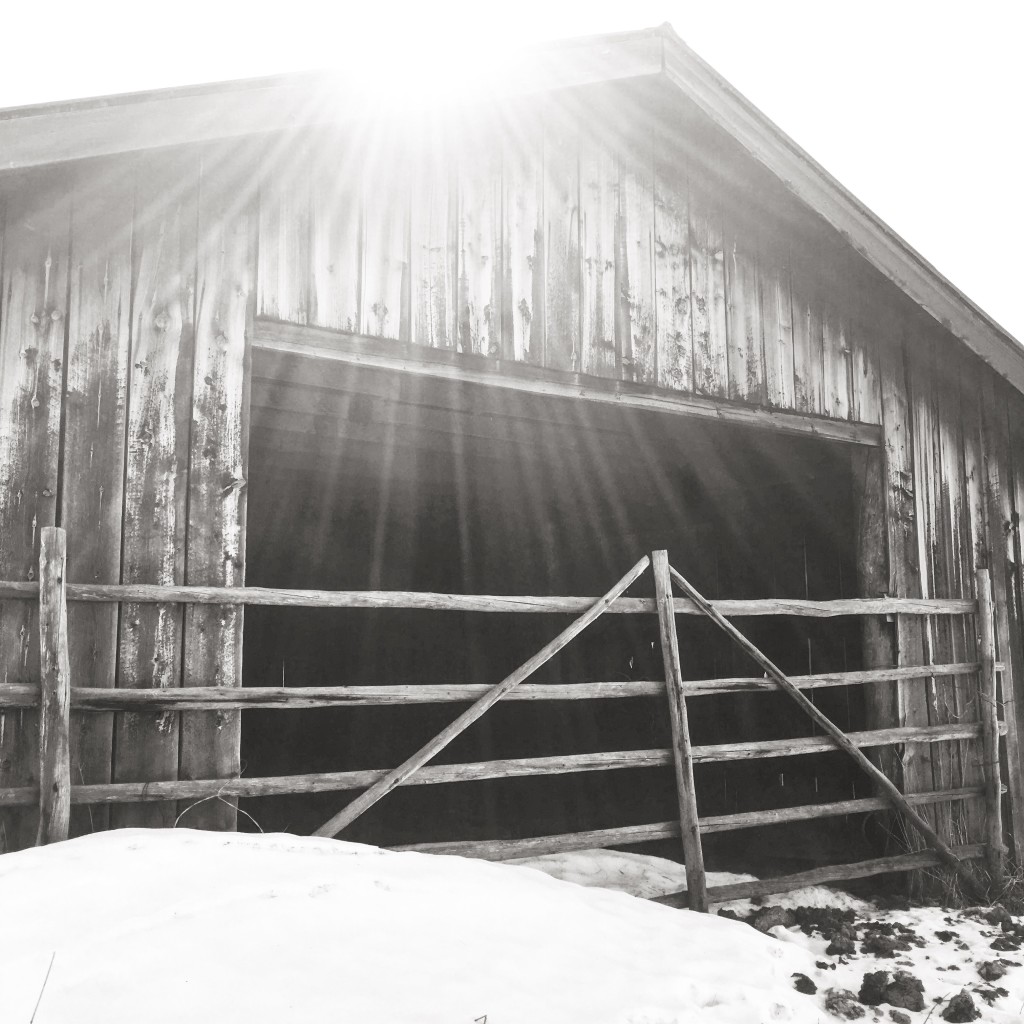 But, the February thaw ended, as all good things do, and we are back to full blown winter. 🙂 It is good, because when you live on what the land produces, you need snow. You may not enjoy working in it, but it is good for the soil. The land. The cattle. The grass. The water supply for next summer. So I will take it with thankfulness, and hope I don’t have to drive on the snowy roads too much! 😉 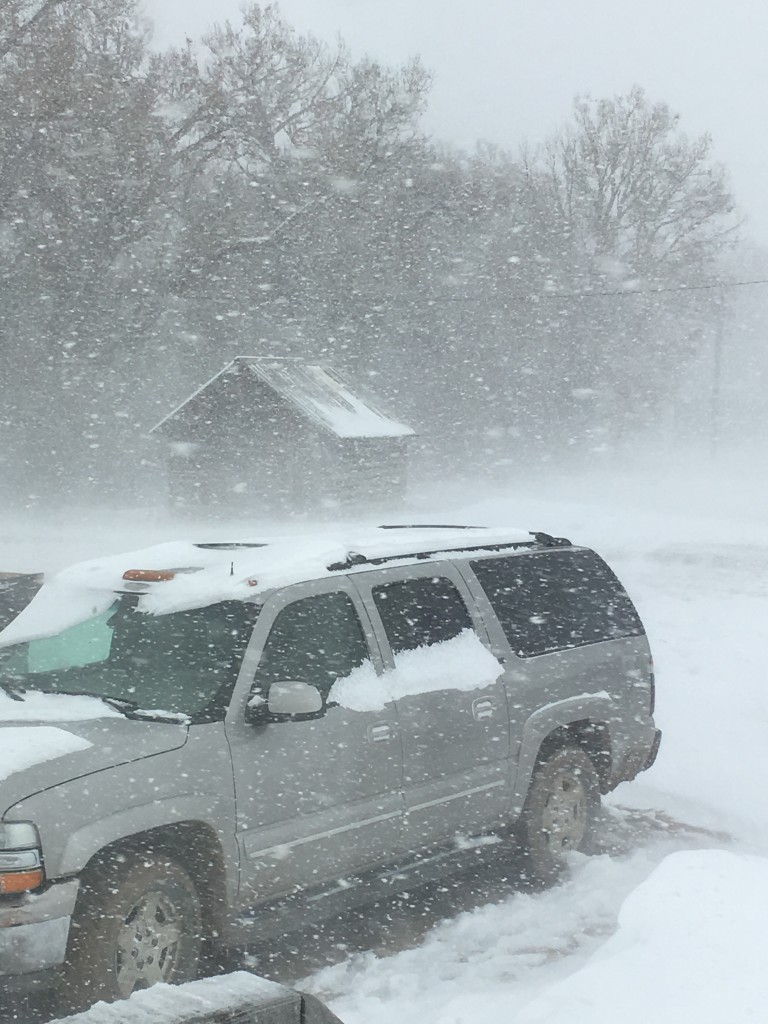 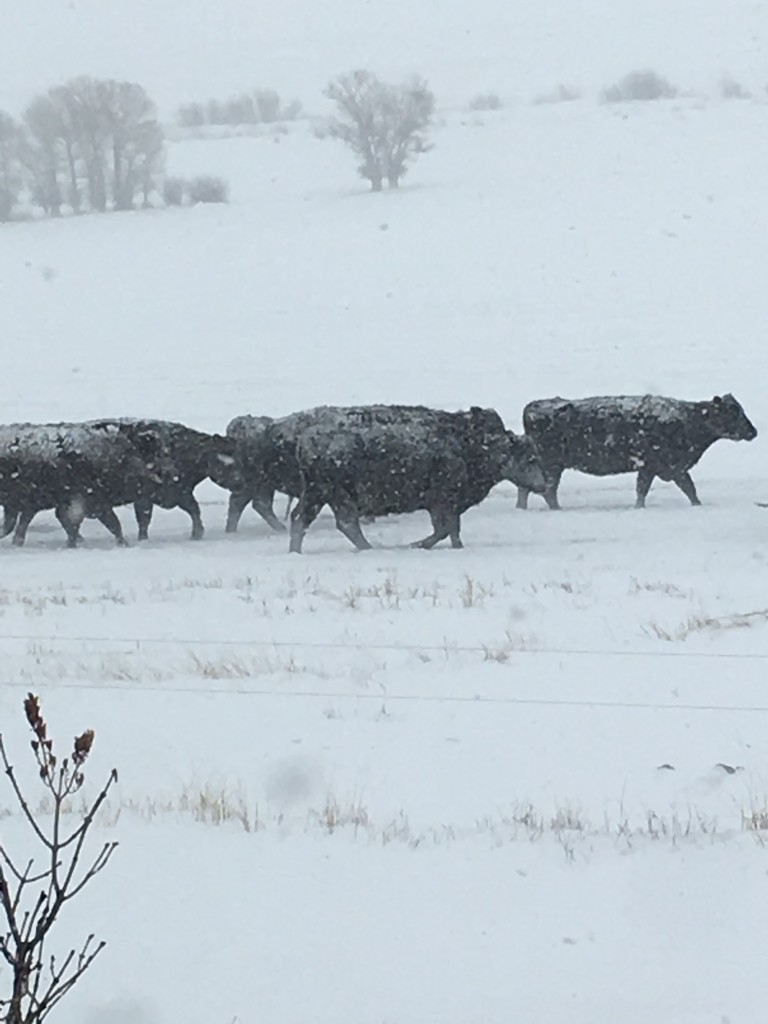 Both of the snowy pics were taken from my kitchen windows. Those cows are on some kind of internal clock that is pretty precise. Every morning when I get up, they are lying on the hillside. But right at 6:45 to 7:00, they all get up and file to the water. It’s funny, kind of, how they are so reliable. You could set an alarm by ’em! 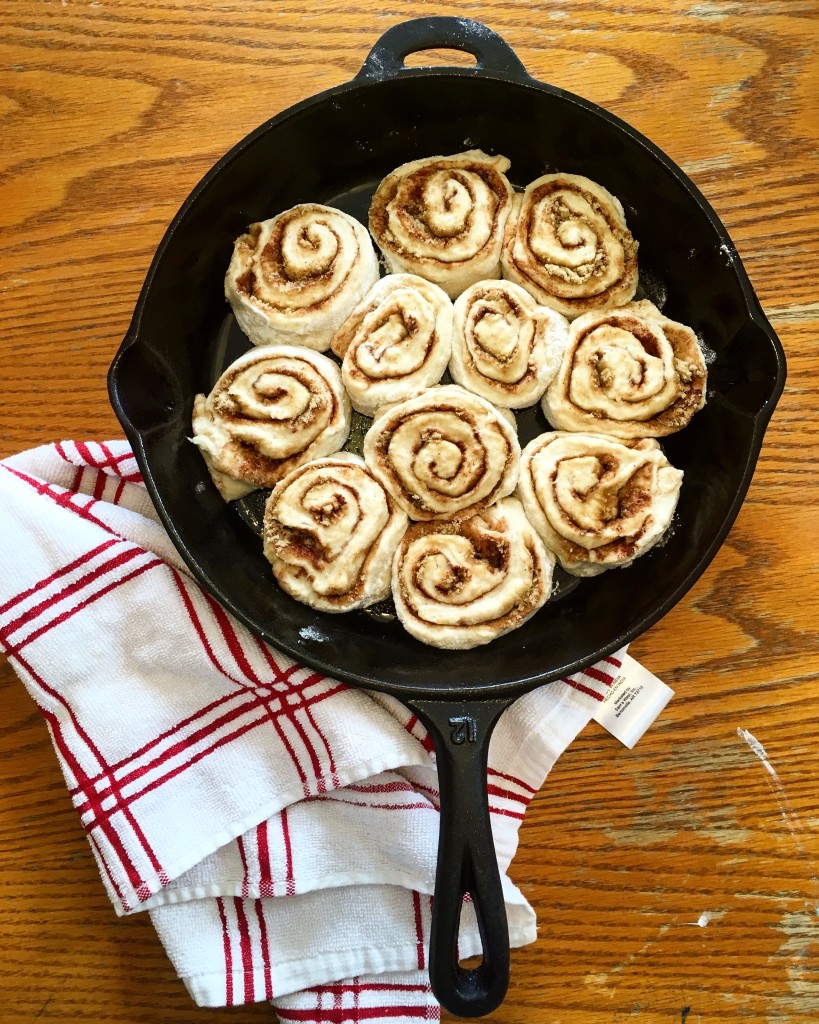 I received a new cookbook for Christmas; ‘A Taste of Cowboy’, by Kent Rollins. I have been experimenting with some of his sourdough recipes, and they are pretty tasty! I made these sourdough rolls one day, and they didn’t last long, I can tell you! It was the first time I baked them in a cast iron pan, and I decided I need to pul them out of the oven a couple minutes sooner, because that cast iron holds heat for a long time, so they continue baking after they are out of the oven.

What are ya’ll doing today, I wonder? Anyone else staying close to the fire? 😉