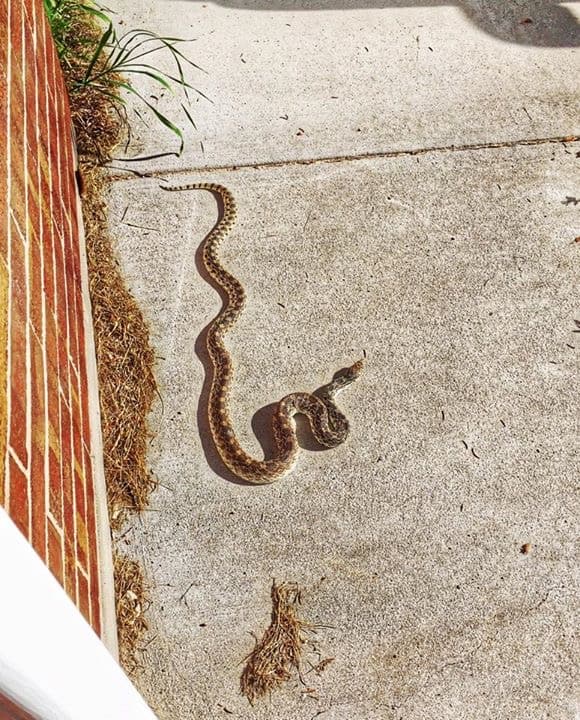 From an early age, I have hated snakes. Hundreds of generations of women have hated snakes. Men, too, usually aren’t too fond of them, but women in particular seem to hold a special distaste for the slithery creatures. I know – there are people who say they like snakes – but I am convinced they are just trying to prove something. Yes, some snakes have pretty colors, but when a person says they enjoy holding a serpent, I don’t really trust that person! 😀 Ever since God cursed the serpent in the Garden of Eden, I have no pity or sympathy for them. I waste no energy worrying about them. And if I need a mouse-eater, I’ll get a cat.

So the Lord God said to the serpent, “This is your punishment: You are singled out from among all the domestic and wild animals of the whole earth—to be cursed. You shall grovel in the dust as long as you live, crawling along on your belly. 15 From now on you and the woman will be enemies, as will your offspring and hers. You will strike his heel, but he will crush your head.” Genesis 3:14-15

One time when I was about 13, I was mowing our grass. Not with a nice riding mower like I have now, but with an old pushmower. You know, the kind that spit stuff at your legs and make sweat roll off your forehead like a sauna.

Anyways, so I was pushing that mower ’round and ’round, daydreaming and getting frustrated at the mower by turn. As I made a turn under a tree, the mower made a weird thumping as it mowed over something that wasn’t grass… a snake! Ew! I jumped backwards and then slowly came closer to peer at it’s mangled body. Thankfully, it was dead. But oh! so gross! I shuddered as I got a stick and gingerly picked up what was left of the snake, and carried it over to the edge of the yard, and tossed it into the weeds. I went back to mowing – watching carefully for more snakes.

Whack! Something hit me on the back of my bare leg! I screeched and jumped wildly as I envisioned the snake’s mate exacting vengeance on me for the death of her companion. When I jumped, I also let go of the safety handle on the mower, whereupon it immediately shut off. In the ensuing silence, I heard cackling. I looked over toward the house, and saw my older sister peering around the corner of the house, covering her mouth with her hand as she giggled at my antics.

I was not amused. Heart still racing and adrenaline coursing, I yelled at her:
“You are so mean! Why did you do that?! You scared me like crazy – I thought it was a snake!”
She just laughed harder. I yelled some more, then in disgust went back to mowing. Of course, she had no idea that I had just mowed over a snake. That was the ironic part! 😀 She apologized later, although to this day I am not sure quite how repentant she is! Haha! It was pretty funny! After my ruffled feelings calmed down, I could see the irony and humor, too. We’ve laughed about it ever since.

Another time, I was about 20 years old, we were newly married, and there was a snake in our yard. My husband was trying to kill it, but of course it was hiding in the most difficult places. I was trying to help him chase it out of the rock fire ring so we could kill it. I reached down to move some rocks, and accidentally put my hand on the snake!! Again, screaming and leaping back! I was overcome with embarrassment of screaming in front of my new husband, plus the nerves from having actually TOUCHED A SNAKE!, and I went crying into the house. Oh dear me. How sensitive I was! But I did calm my self and returned to help him finish the snake off.

One time, I looked out my kitchen window and saw a huge snake hanging off the hummingbird feeder that I had right by my window. I was about 8 months pregnant, but that didn’t stop me from racing out there and grabbing a hoe and chopping it’s ugly head off! I was so mad at it! The nerve!!!

I recently found a small garter snake in my house, after the wind blew the door open during the night. Talk about HORRIBLE! I didn’t trust to get into bed without checking under my pillow and blanket for weeks! Why?? Why must we have snakes? I would kill every one of them today if possible.

Anyways. There is no moral to this story, other than to say that if you ever tease me with a snake, or scare me with one, we may not be friends, ok?! 😉 And no, I do not and will not eat rattlesnake, thank you very much! If you eat rattlesnake you are just weird.

Have a happy and snake-free Thursday!