It began several years ago when our friend had a busted leg and needed help branding his calves. My husband offered to help, as long as he could rope them instead of using the chute! 😀 His friend said that was fine, so Cliff organized a head and heel branding with some of his friends. They don’t have many calves, but they always make it into a big party with lots of town folk there to watch and help! 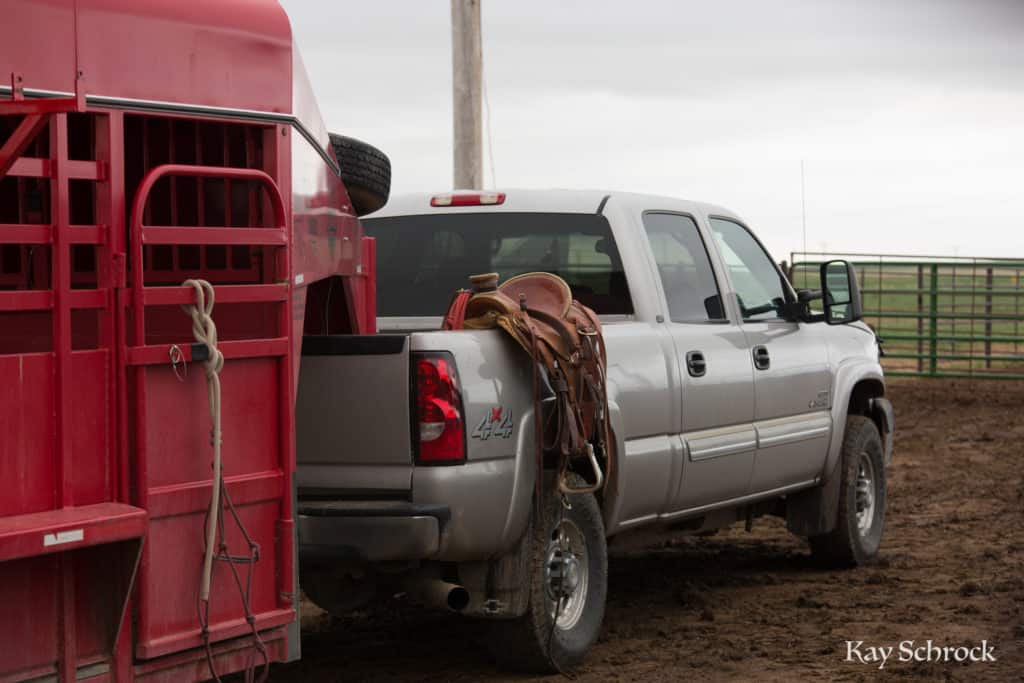 Ever since then,  we have made it work to drive down and help out. We usually invite a few of our roping buddies to help.

Cliff enjoys heading and heeling, instead of the more common heel and drag. So this branding is extra fun for him because he can do it that way. 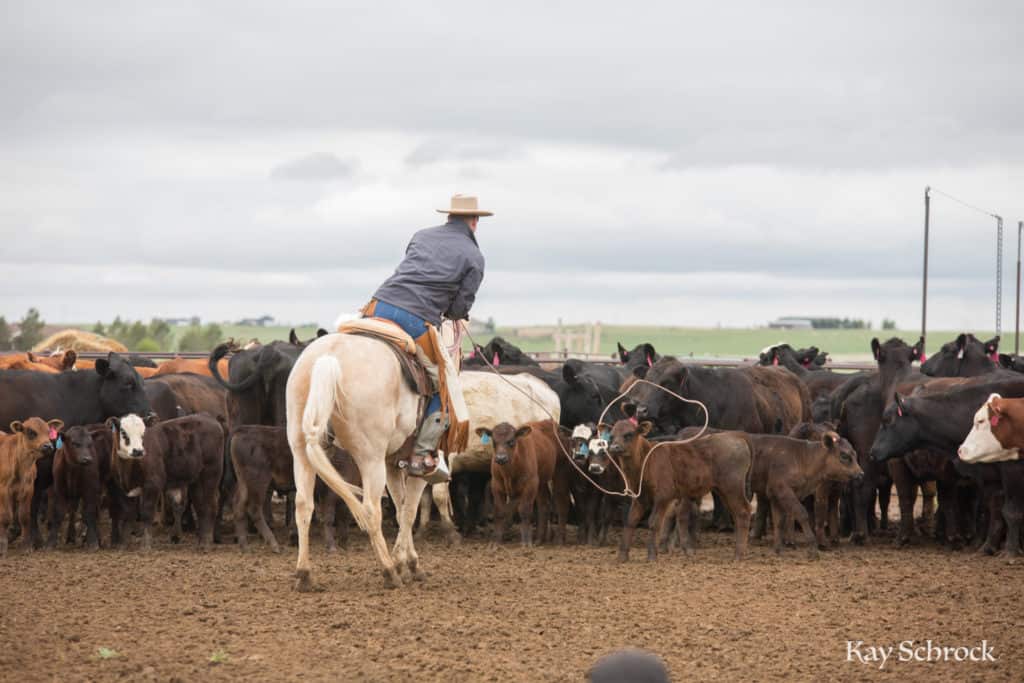 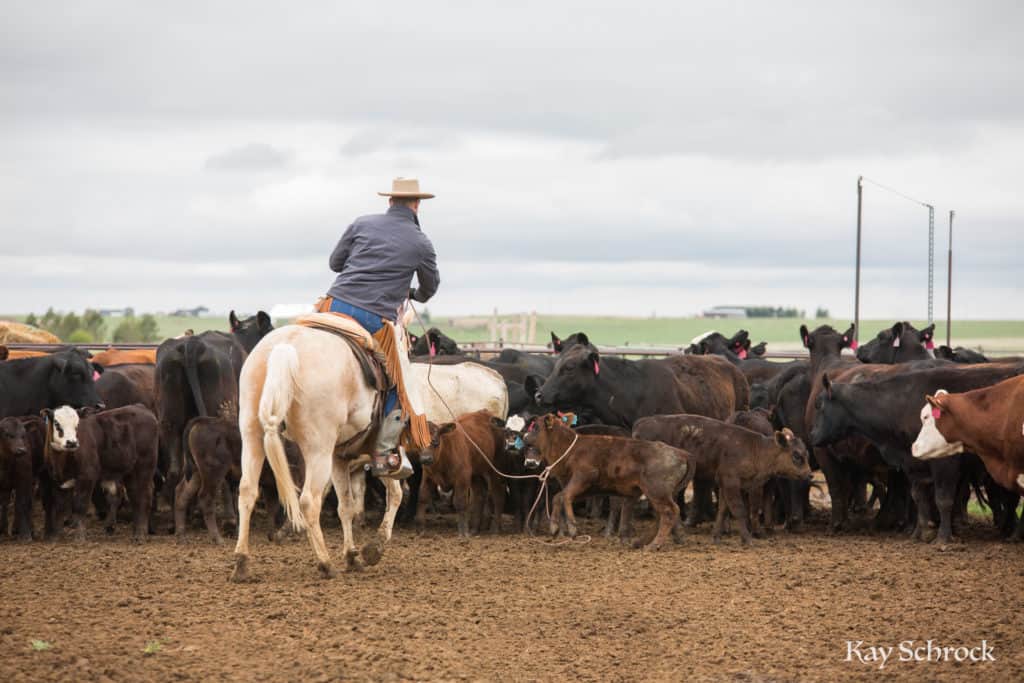 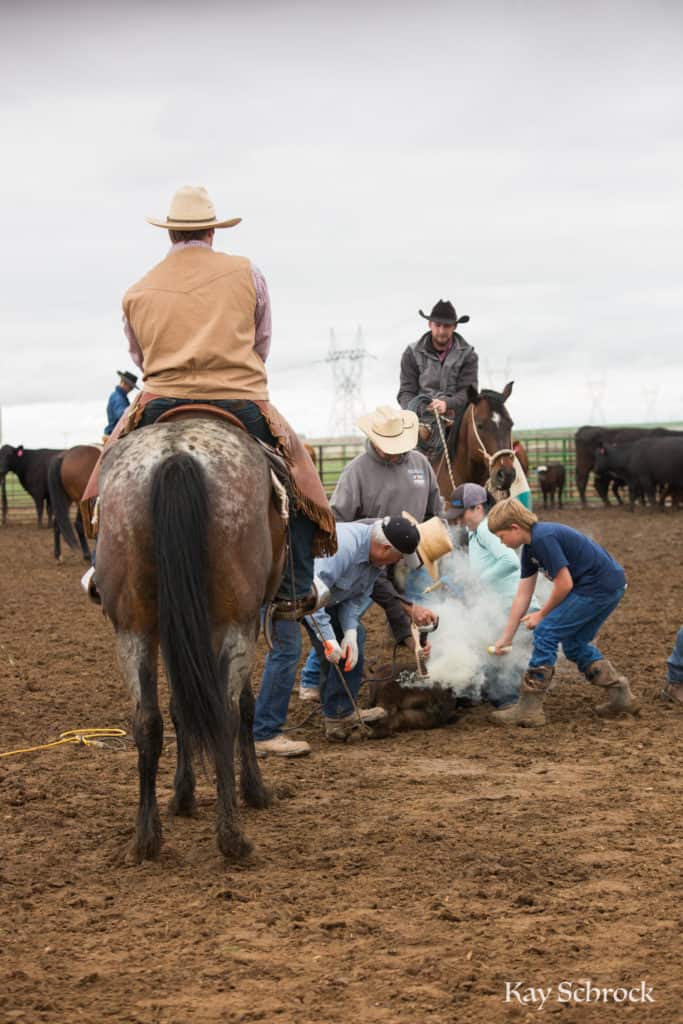 They use an electric branding iron on this place, which was a new experience for me. The cord can be a pain, but it gets the job done.

They are great with letting the kids get in there and help. I love when folks are family-friendly, and allow the kids and town friends to experience a bit of ranch life! Sure, it may take a bit longer, but the memories created are worth it. 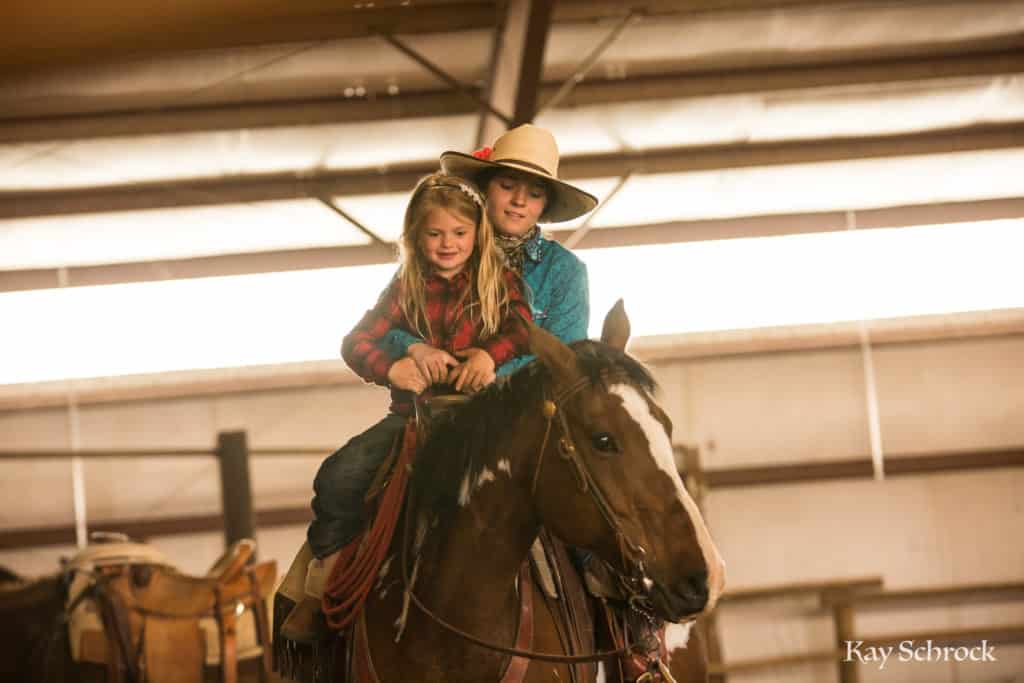 They had so much fun collecting the Rocky Mountain Oysters! (calf nuts)

Our oldest two kids were kept busy working the ground. When the ropers brought in a calf, their job was to ‘set the ropes’. Basically, they took the rope off the neck and placed it around the feet, so the ropers could hold the calf while it got branded.

Sometimes, they ended up just sitting on it to hold it, depending on the situation. If the calves are big, it’s a lot easier on everyone to let the horses hold the calf. But if it is a smaller calf, or maybe a green horse that isn’t too great at holding a rope, then it’s better to just sit on the calf.

Don’t worry, a kid sitting on a calf neck is not harmful in any way! Those big calves weigh more than the kid, and are a LOT tougher and stronger! (try to wrestle one and you will see what I mean!) 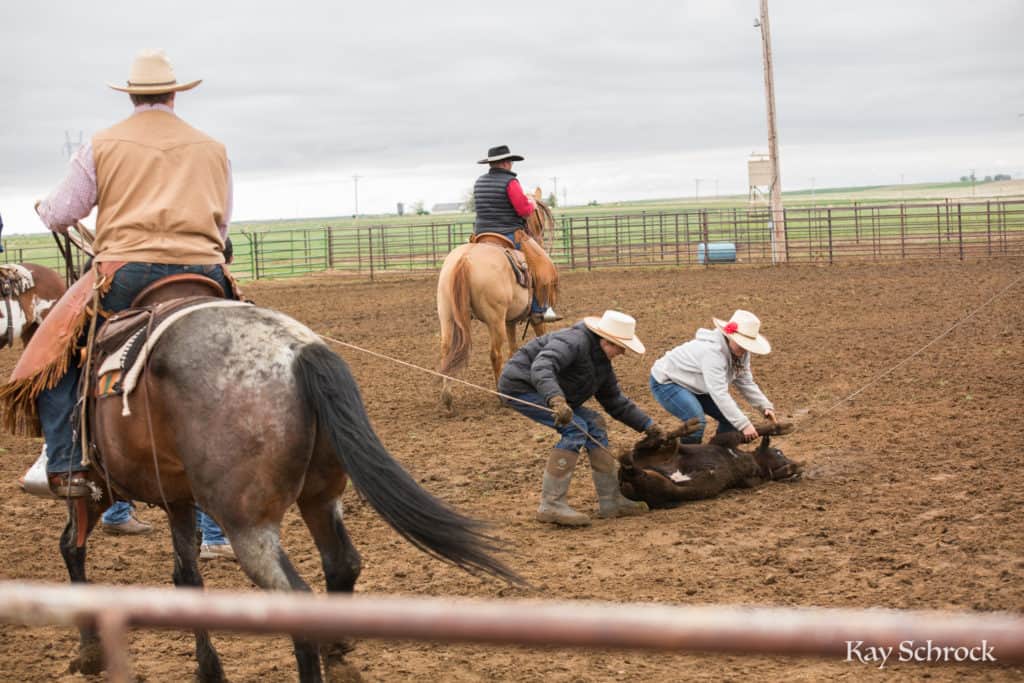 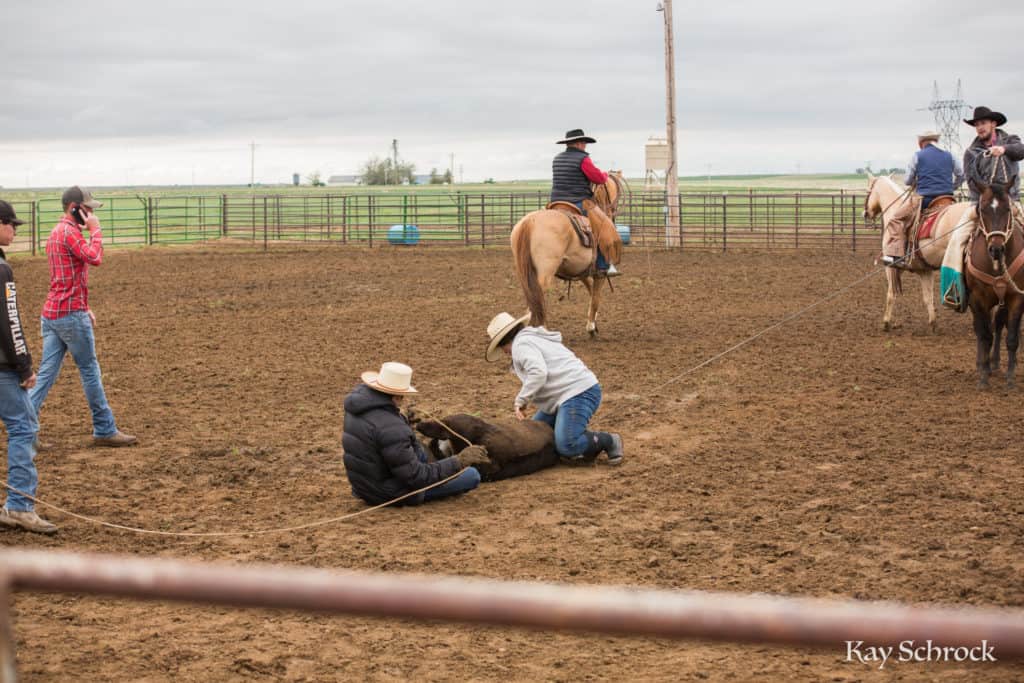 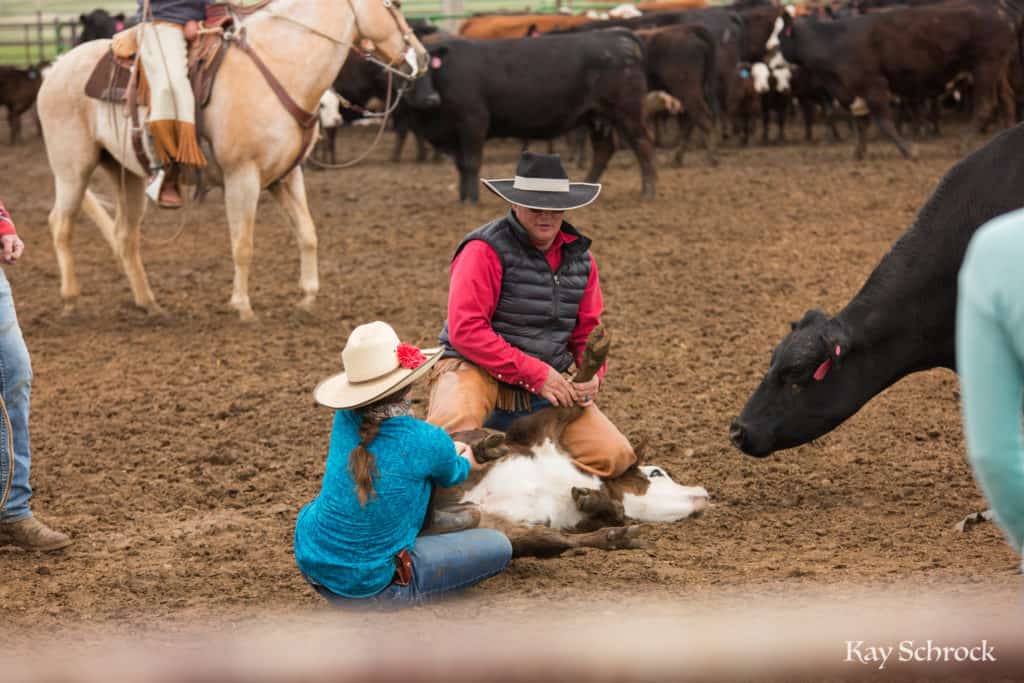 Father and daughter holding a calf while momma looks on.

At the end of the day, these kids were worn out! After a winter of being stuck behind a school desk, their muscles got a hefty workout, haha! And the next day they were wincing with every move. Good for building character and muscles, I say! 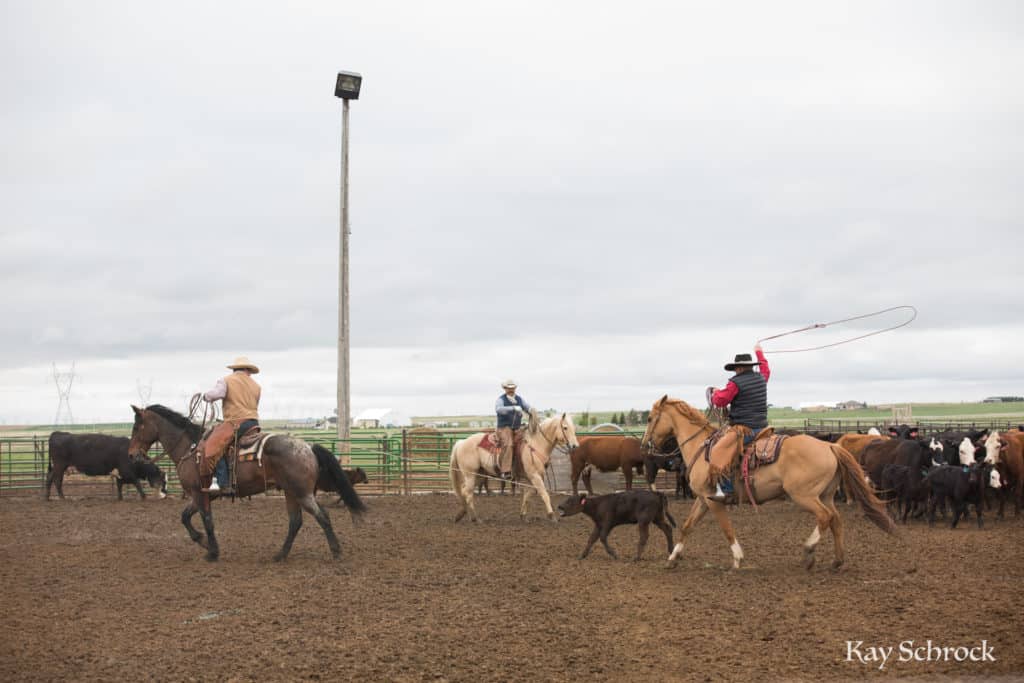 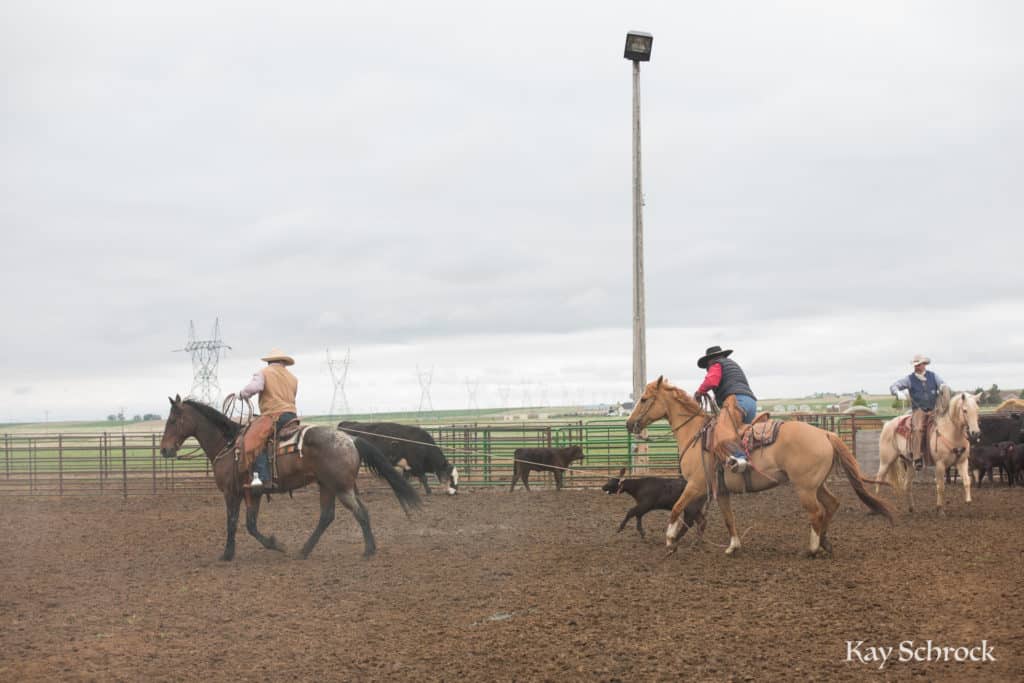 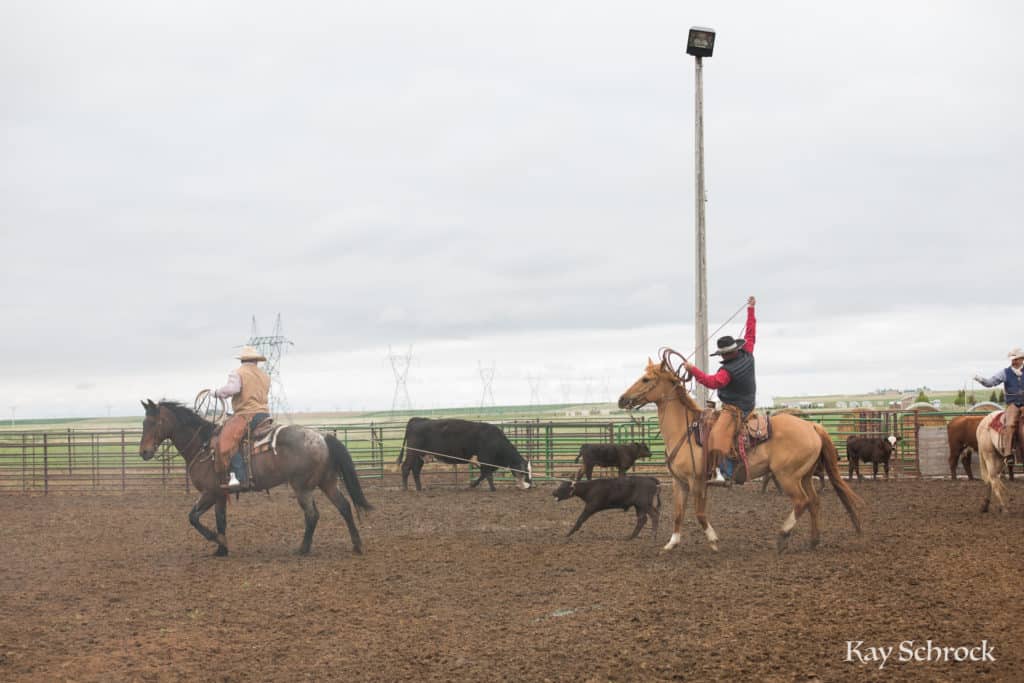 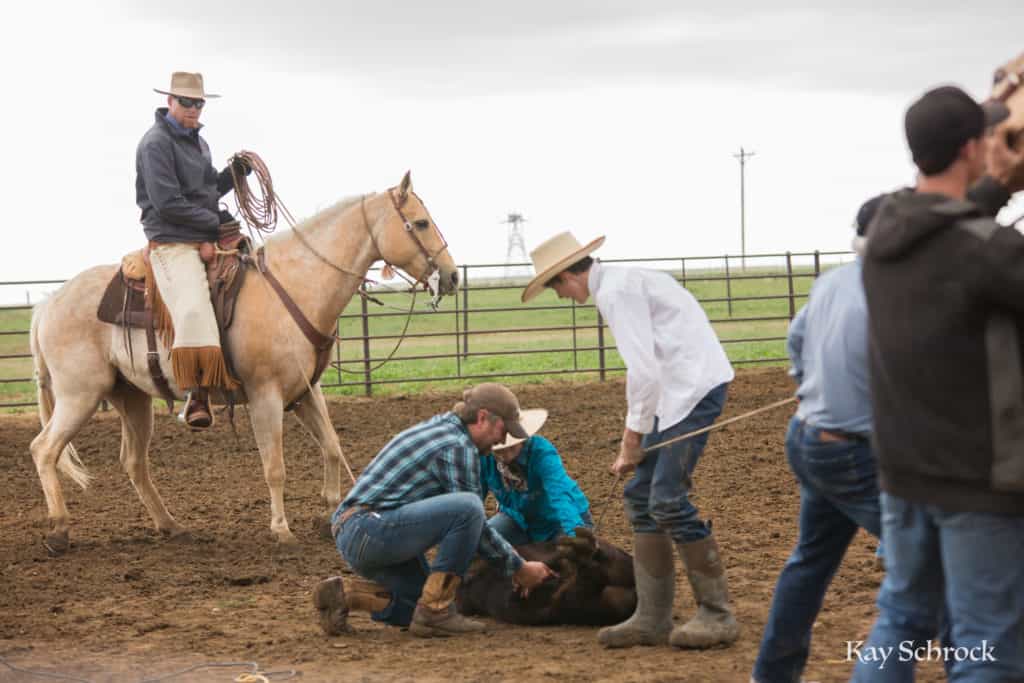 Cowboss castrating a bull calf. This is where Rocky Mountain Oysters come from, fyi. 😉 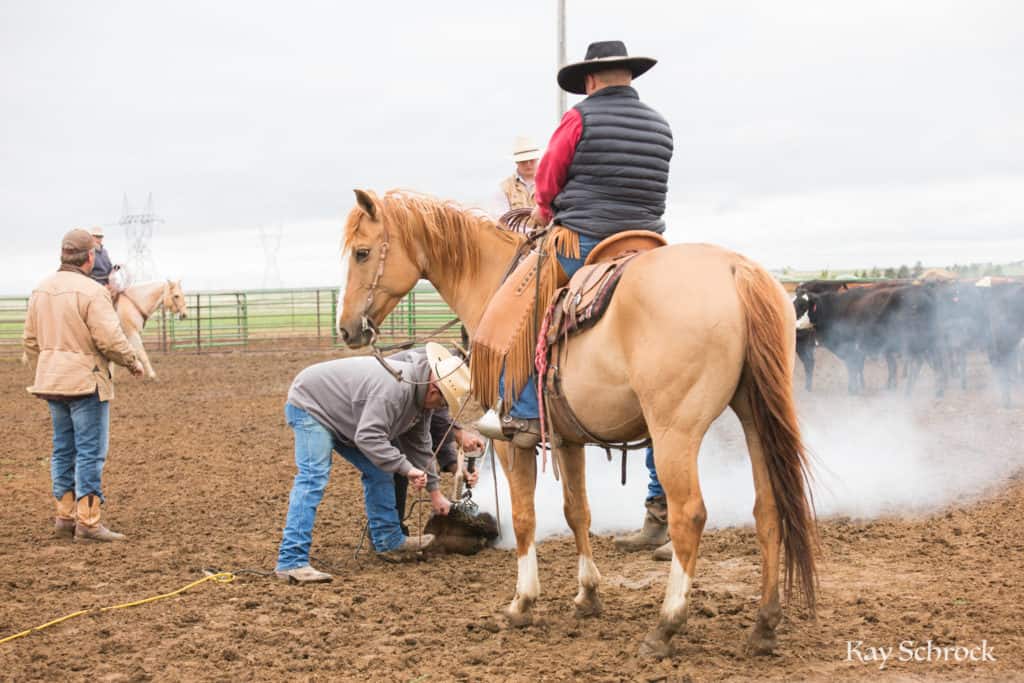 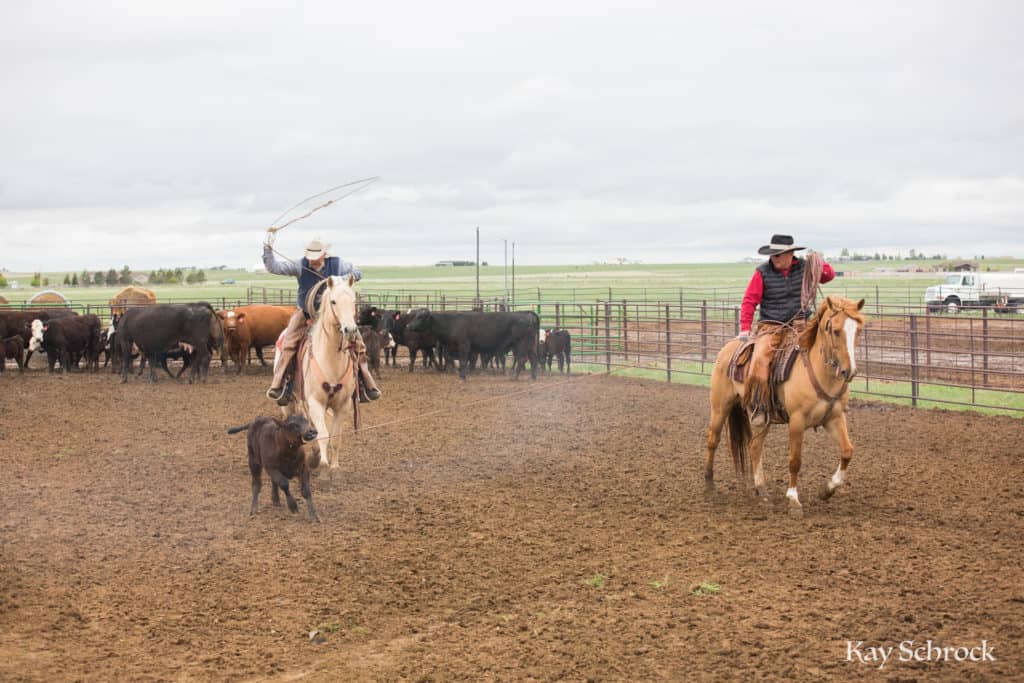 We branded half of the calves outside, then moved to an indoor arena for the second half of the herd, because the forecast called for rain. The rain held off until we were finished, but while we were eating lunch, the heavens opened and we had a crazy hail storm!! Plus rain and tornado warnings.

I will have part two of this branding up on the blog next week, if possible. Third trimester has hit me with nausea, as usual, so I have been a bit off my game with blogging recently. 7 more weeks till we meet this little one!

Update: Here is the link to Part 2 of this branding.