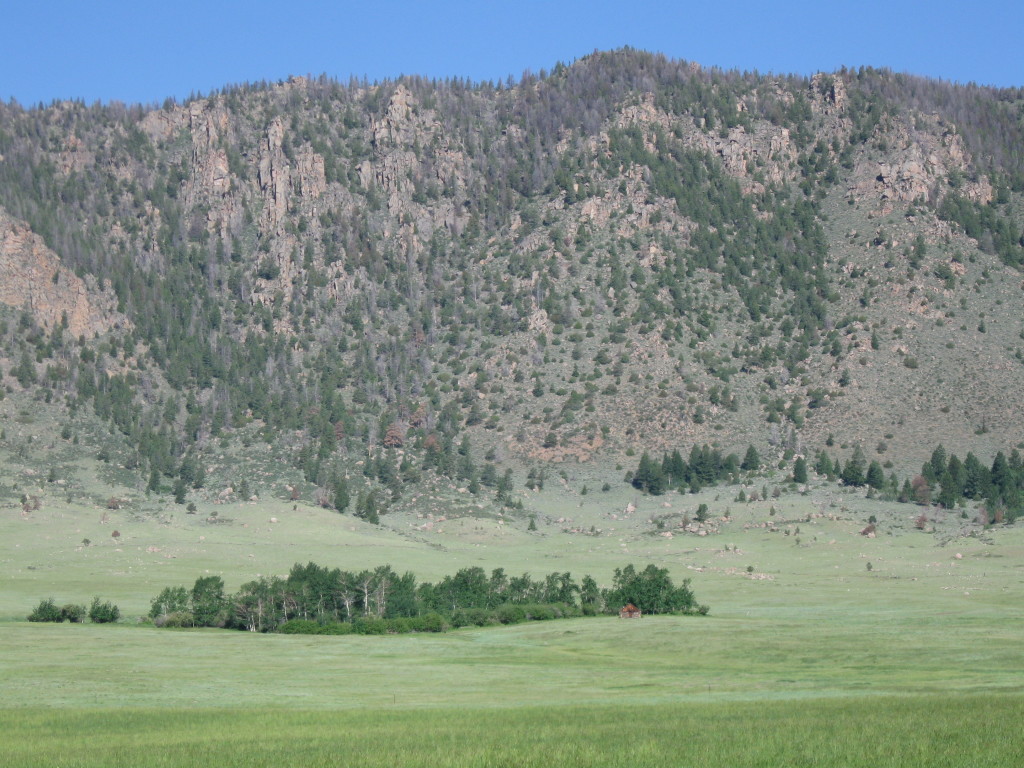 The July sun was hot on my back, and my head felt trapped and unnatural inside the straw hat I was wearing. I wasn’t used to wearing cowboy hats, and I wanted to jerk it off and let the breezes blow over my hot head. But there was no place to put my hat, so I left it on. My saddle creaked as I turned to watch Cliff riding through a small bunch of yearlings. He rode slowly through, looking carefully at each one, checking for any signs of illness.
I shifted my gaze to the mountain in front of me, tilting back as I looked up to the very top of the mountain. The trees were dark against the greenish-golden grassy slopes. A herd of antelope were grazing at the foot of the mountain, and there was a small cabin nestled close to a stand of trees. I wished life were simpler – I wished we could live there in that cute cabin and forget about The Modern World. I wished I could live up here where you could see for miles, and hear only the wind through the grasses. 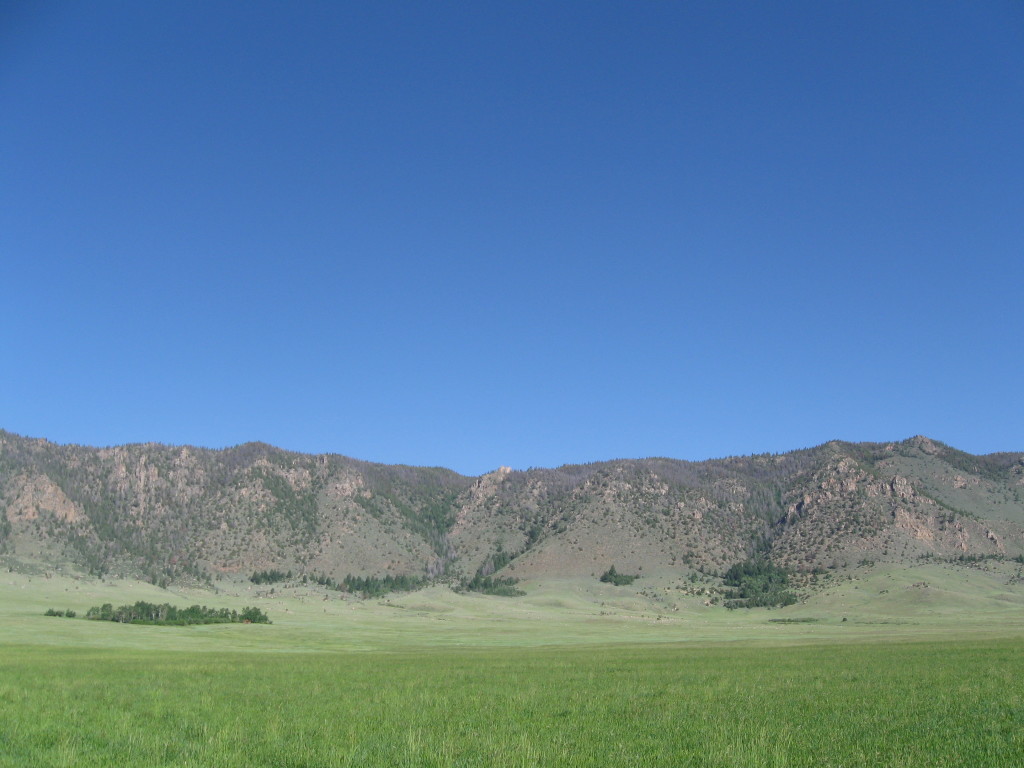 I looked back to where Cliff was, and I was surprised to see that he was already coming towards me at a trot. I stopped my horse Honey, and waited while he caught up with me. He grinned at me, and as always, my heart skipped a beat. I grinned back, and asked:
“Was there any foot-rot?”
“Nope. It takes me so long to ride through them yet, because I feel like I miss some if I go through them too fast, and don’t take my time. Hopefully I will get better with time.”
He looked at the cabin ahead of us, and asked:”You wanna go inside and look around?”
“No, I saw it the other day when you brought us up here… I don’t have to see it again.”
(There wasn’t much to see inside. Some home-made bunk bed frames, and a lot of bird droppings.)
“We should bring our sleeping bags and sleep up here some night,” I said.
“Yeah, I guess we should,” Cliff agreed, looking at the cabin as we rode slowly past. “Let’s ride south a little,” he said, “see if there are any yearlings behind that rise.”
We rode around the cabin, and up a steep little knoll to the south of it. I didn’t realize we were climbing so much, till Cliff stopped his horse, and we turned around. I could see the whole Laramie valley, spread out beneath us. It gave me a grand, top-of-the-world feeling.
“There’s the house, I think,” Cliff said, pointing east.
“Yeah, I can see it.” I gazed far away, out to the mountains that lay around the eastern edge of the valley. I looked and looked, till Cliff nudged his horse into a walk again. I followed him, and we started down the steep south slope.
“Sometimes they like to hide in here,” Cliff explained, as we walked, “but I guess not today.”
I was busy watching where I was going, and barely heard him. The slope got steeper and steeper.  I felt like I was gonna slide out of my saddle. I braced my self in the stirrups, and glanced over to Cliff. He was riding easy in the saddle, only the angle of his body suggested that we were riding downhill. I was silently freaking out, but I was not about to show My Cowboy that I was scared!
Scared that my horse might just flip end-over-end, and land me in some cactus. I braced my feet some more, and hung onto the saddle-horn for dear life, while trying my best to look cool and nonchalant.
Then Honey started trotting a little. I looked over to Cliff, and his horse was trotting, too. So I let her go, and just prayed she wouldn’t step into a prairie-dog hole. Soon we were at the bottom. I relaxed my death-grip on the saddle, and sat back, letting my breath out in a relieved sigh.
We rode out toward another bunch of cattle, talking and dreaming, and riding so close that our knees occasionally bumped into each other. Well, that was most likely cause I didn’t know how to control my horse, but I didn’t care – it was a rare day that I was able to spend with My Cowboy.
~Originally published in 2010