I wasn’t going to get up at the unearthly hour of 2 AM to see the ‘blood moon’. No, I was fully intending to stay tucked deep under my cozy blankets, warm and asleep.

But I am a sucker for kids who like science.

And they asked if I would wake them up to see the lunar eclipse. I hedged. They pleaded. I stalled, and balked, and told them that they wouldn’t want to get up in the middle of the night.

I set my alarm and warned my husband that it would wake him at 2 AM, but that he didn’t have to get up. Obviously, I don’t set my alarm much. I normally wake up between 5-6 AM with no alarm. Have for years. It’s my internal wiring, I just can’t help it.

So, when the annoying alarm sounded, I stumbled out of bed, drug a robe on, and shuffled over to the door. I couldn’t see the moon. I went to the other side of the house and looked out that window. Still no moon. Bummer. I sighed as I put on a jacket and slipped into my sandals. Maybe I couldn’t see it at all, then I could just go back to bed.

But no – there it was, just over the pine. Already a warm, orange tone. I shivered and went back into the house. The kids woke fairly easily, considering the fact that it was 2 in the morning. When I whispered that they would have to put on a coat and step outside, they groaned and almost went back to bed.

I knew how they felt. April in WY is no joke. The temp was somewhere around 20 degrees, “too cold to endure when your defenses are down,” as James Herriot would say.

But after getting them up, I wanted them to at least step out and see the moon – mainly so they wouldn’t be mad in the morning when they got up and realized they’d missed it. 🙂

So they jerked on coats and boots and stepped out. The sharp air slapped their faces awake, and they ‘ooh’ed and ‘aah’ed at the reddish wonder in the sky for about 27 seconds, before hurrying back into the warmth of the house and their beds.

Unfortunately, I was now fully awake.  I knew I had to capture this in a photo. So I dug around in the dark house for my tripod, fumbled at the screw to hold in in place, and then braved the cold once more. I tried holding it steady against the porch railing, but that was rather pitiful: 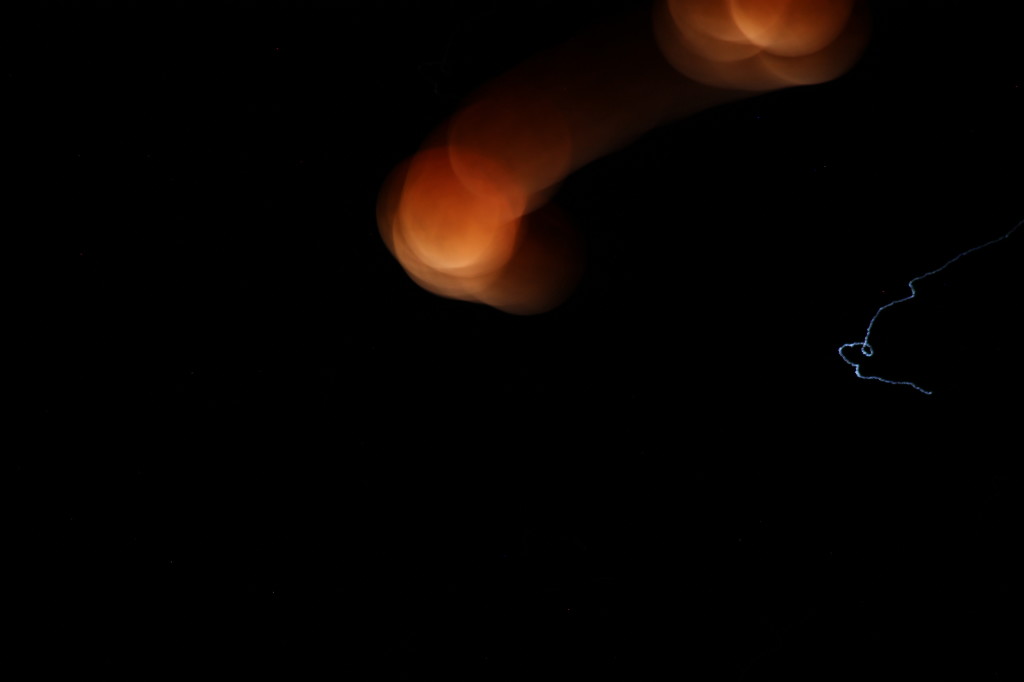 Poor mars is but a tiny, white squiggle! 😀

Even on a tripod, it was shaking just from the movement of pushing the shutter button: 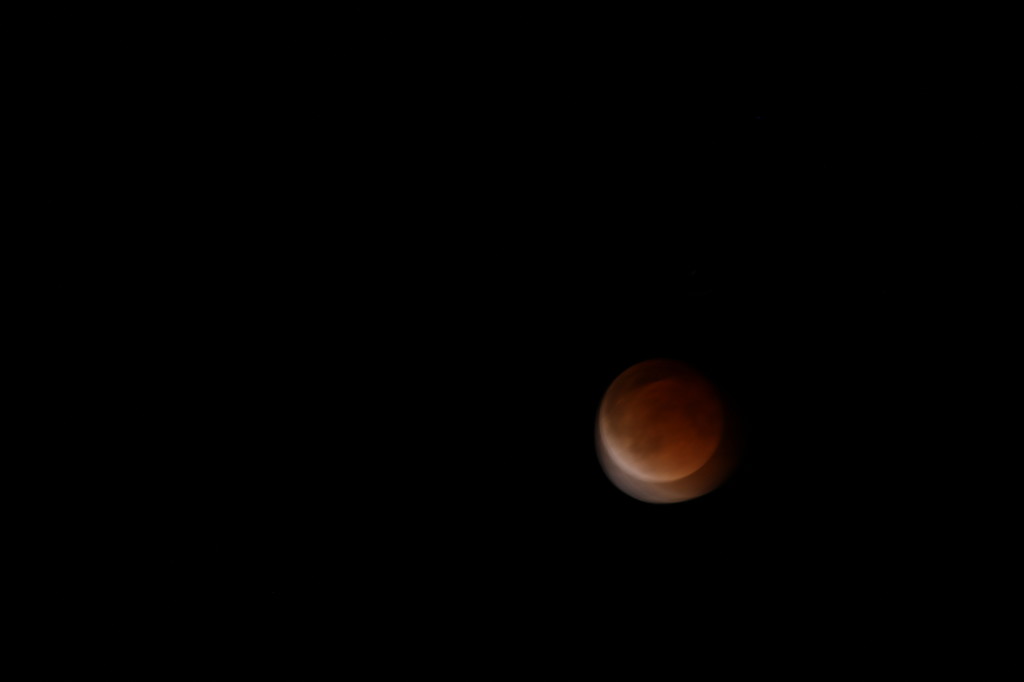 So I set the self-timer, with a 2 second delay. This worked pretty good. Here is the result, straight out of the camera – no editing.

I liked it – although I wish I’d taken time to center the moon better. 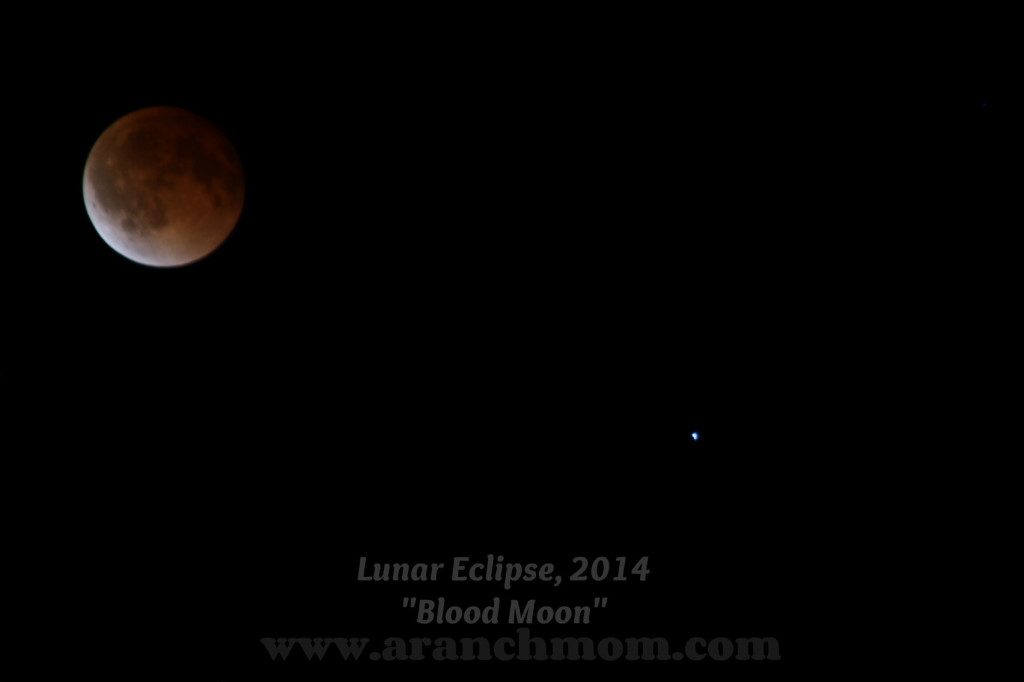 But I was cold, and my bed was calling…

Did you brave the elements and see the blood moon? 🙂