Home » Two secrets to great photos, and some preg-checking.

I have been snapping shutters for many years, but only in the past 2 years have my photos begun to really show the mood and personality that I want in an image. The reason I am beginning to capture great photos, is largely due to two secrets I’ve learned. I am shooting with the same entry-level DSLR camera that I was using 5 years ago – but the quality of my images has greatly improved. 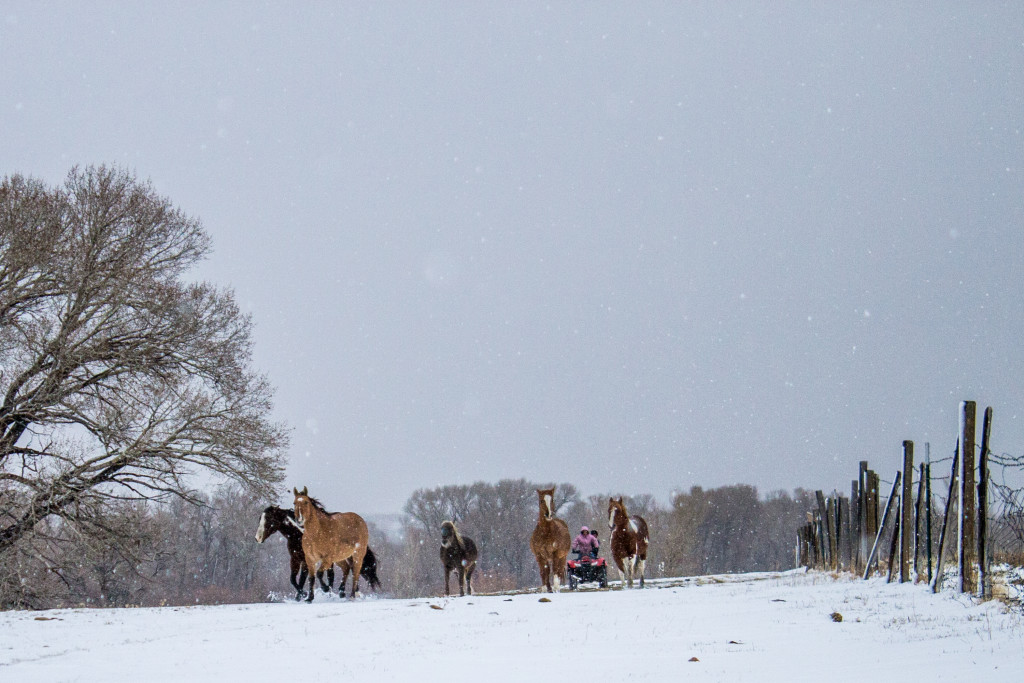 Last week they preg-checked about 800 cows. It was an ambitious undertaking, even in good weather! With shorter days, just getting it all done in daylight would be a challenge. As if things weren’t interesting enough – a snowstorm rolled in during the night, and preg-checking  would happen in an all-day snowstorm!

But ranchers are tougher than most, and they bundled up, saddled up, and were out at the first gray light – pushing cows through the alley to the chute. The vet was there, apron on and wand in hand. The snow swirled as they worked – a couple guys in the back, pushing cows, a couple in the alley, moving the cows into the chute, a few guys at the head – checking numbers, running the chute, writing down info. 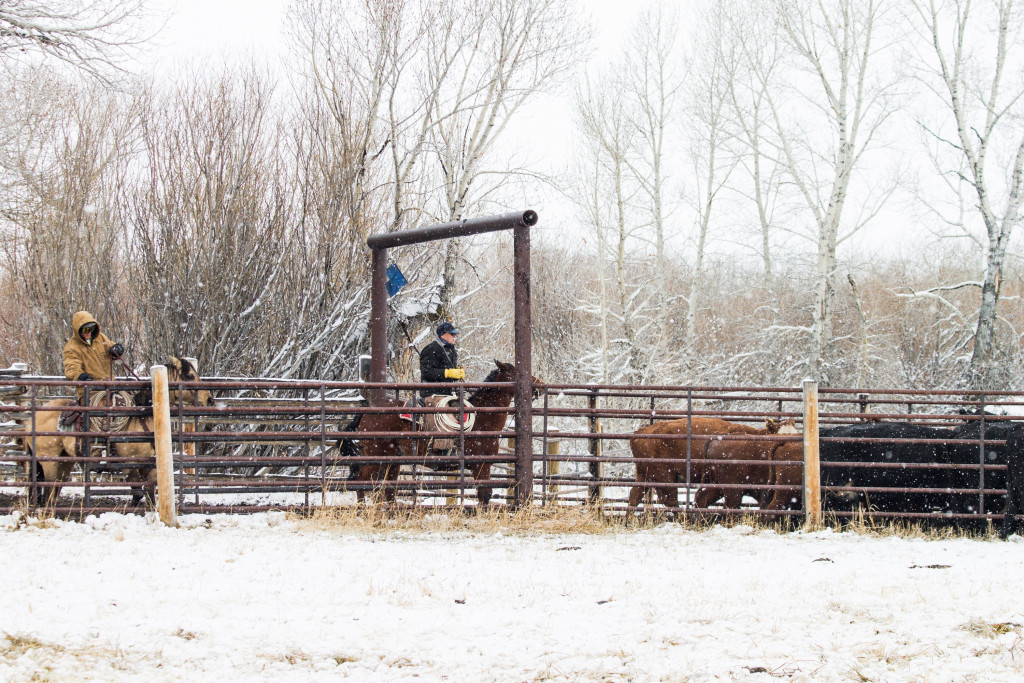 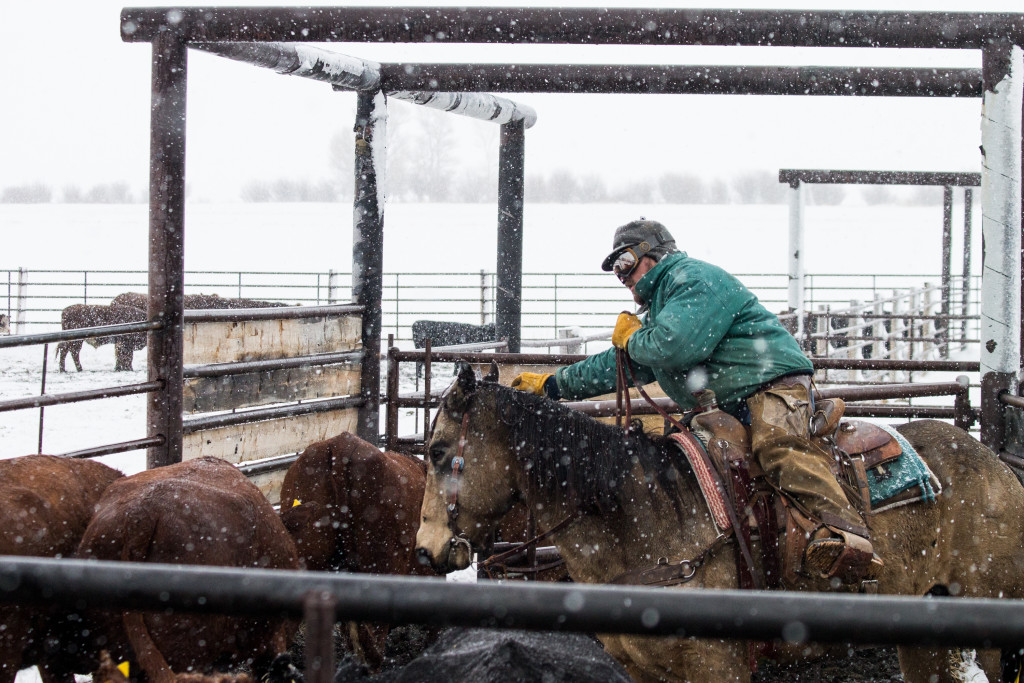 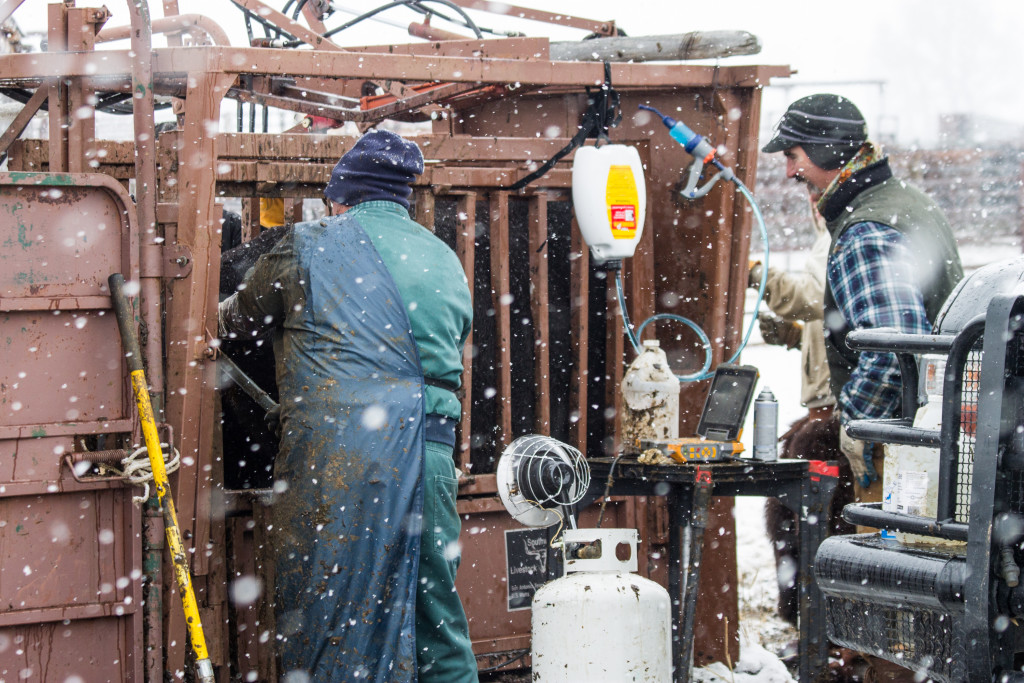 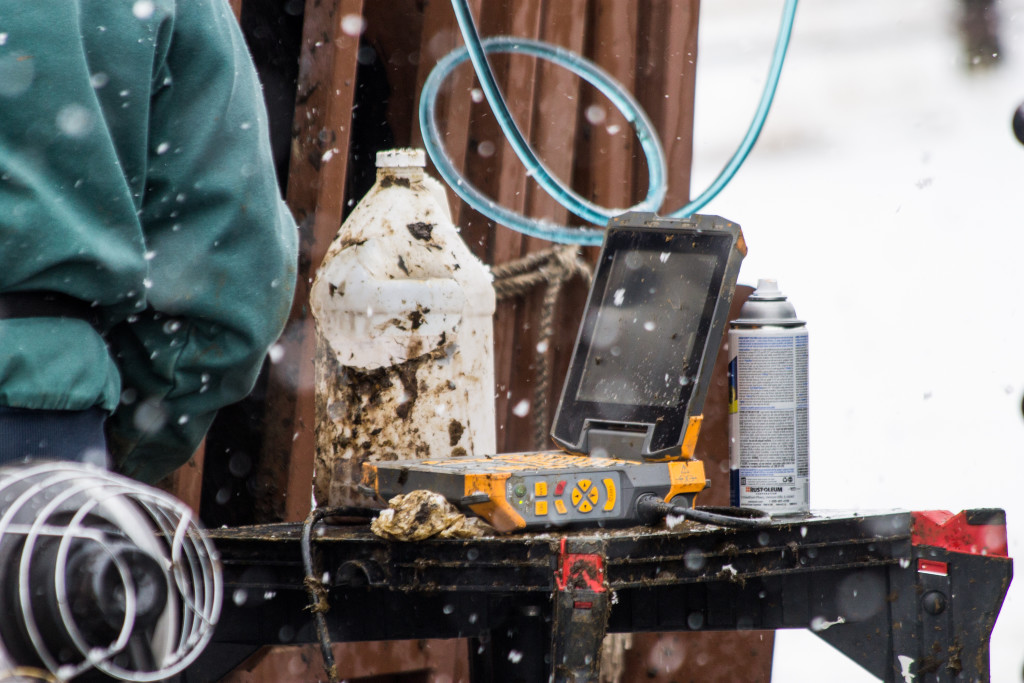 One man sat in the truck, out of the snow, so he could write down each cow’s information. That seemed like the best spot to be, on this stormy day! (Although he’s the kind of guy who’d rather just be out there working with the others, I think. ) Anyways, each man had his job to do, and they did it well. I didn’t help, but I did go out and take pictures. As Dave Stoecklein said:

He is so right! My photography made a huge leap when I read that and started implementing it. I wanted great photos, but my natural instincts and personality make me stay indoors (or at least in the truck) when it is bad weather. Especially cold! But I read that by Stoecklein, and decided to put it into practice. It worked! I started getting images far more interesting than those I captured from the comfort of my truck or house or behind the fence. 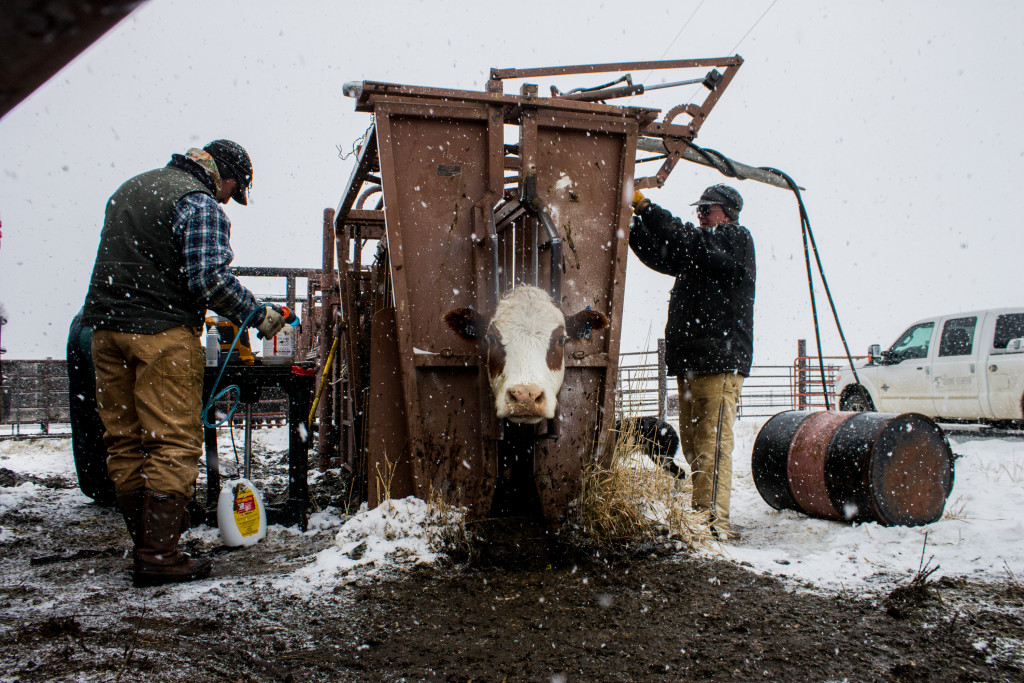 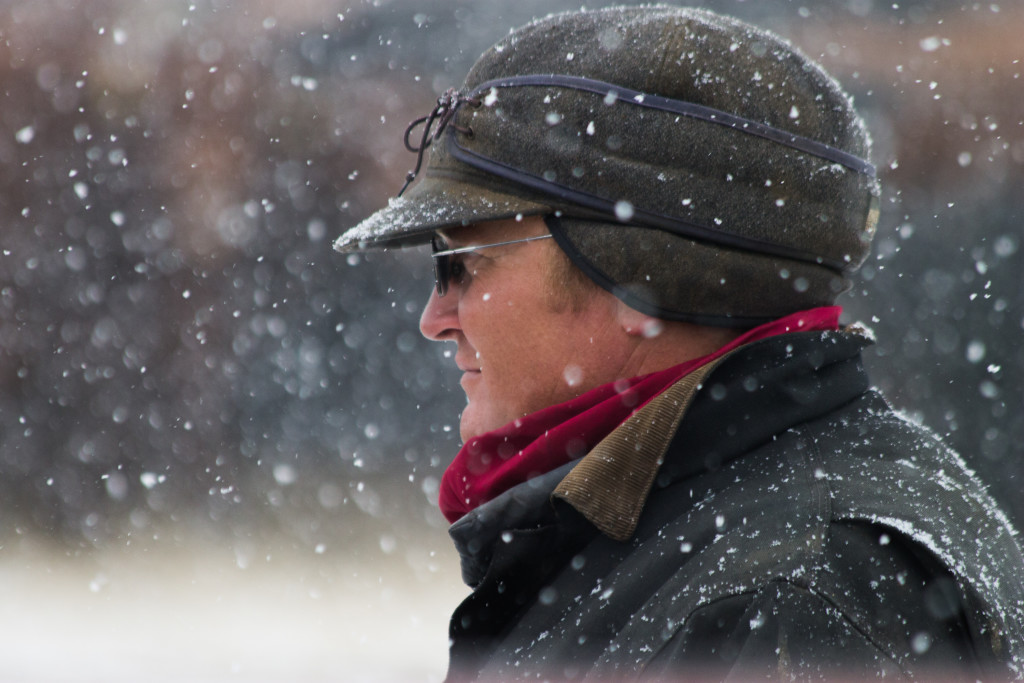 I started getting up early to catch sunrises. I bundled up to get snow images. I just got wet capturing spring rainstorms. (maybe I should get a slicker? 😀 My fingers went numb from standing on a cold hillside on a chilly fall day. But my pictures began showing mood and interesting elements that they’d been missing.

I still dislike cold. I would much prefer to live somewhere tropical – somewhere that palm trees grow and the worst weather is storms over the ocean! But for now, I am here in Wyoming where weather is usually bad and always cold. And I will continue capturing the ranch life through snow and below-zero temps. 😉 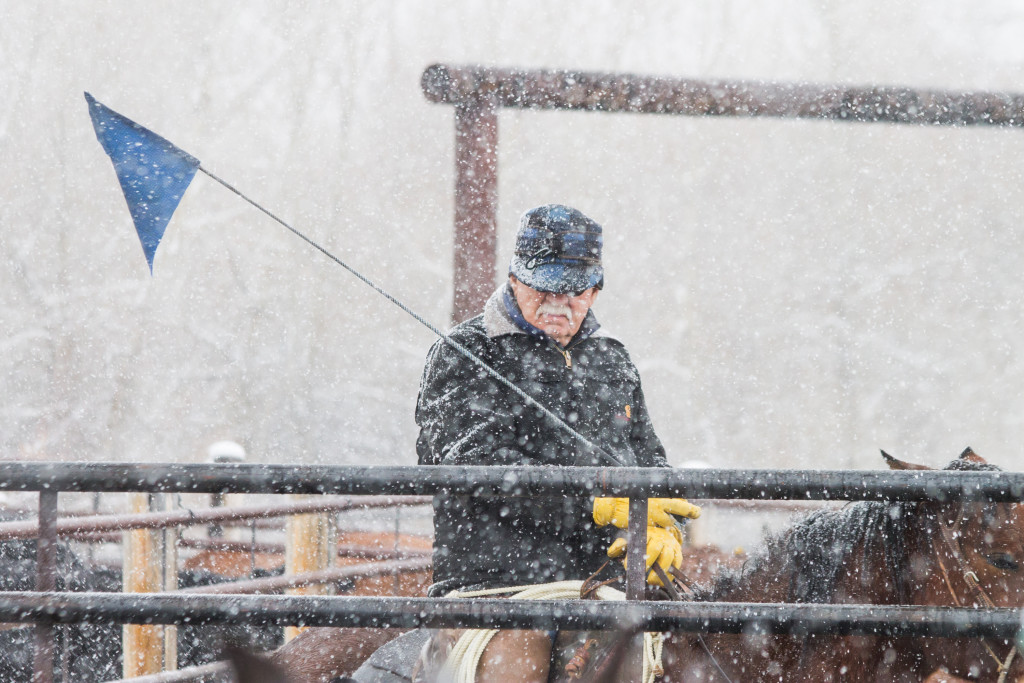 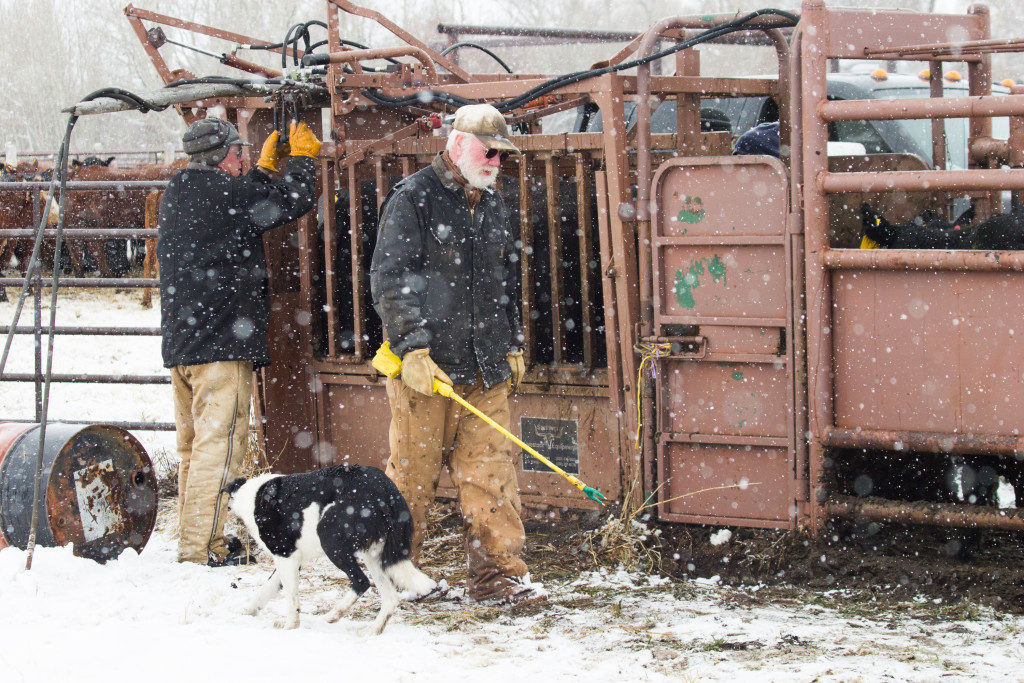 Another secret to great photos is one I learned from Chris Dickinson. I stumbled across his images on Instagram several years ago, and was immediately struck by the amazing action moments he captured! In your face brandings, over-your-head horses, and hooves just inches away. (that’s how it looks, anyways!)

“Don’t be afraid to get in close to the action!” Chris Dickinson

Chris is not afraid to get in close! He will let calves nearly run him over – and his photos show that intensity. It is mesmerizing – I study each picture at length, feeling the whoosh of air as hooves rush past, smelling the cow-trampled dirt, hearing the swoosh-and-thwack of the rope as it settles around the neck.

You don’t get that kind of action from the other side of the fence! You have to be in there, smelling, hearing, feeling. I have no desire to become the next CD Photog, (even if I could)  but I did learn to get in a lot closer, feel the action, not insulate myself from the experience. Again, my photos improved. I began catching the cowboys’ expressions, the cattle’s motion, the mood of the moment. 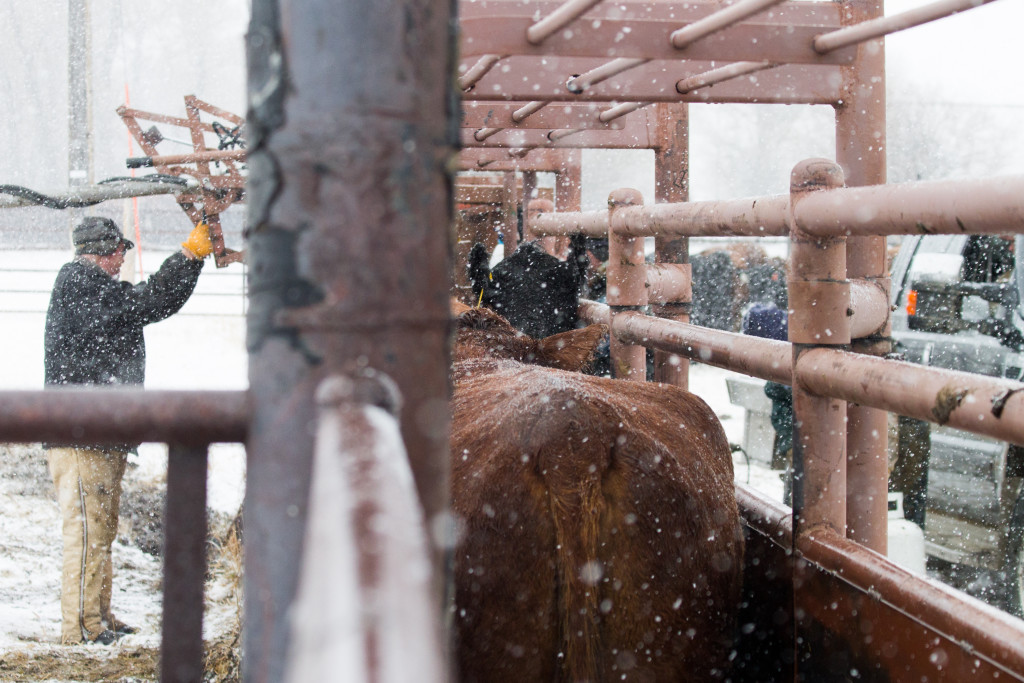 You can read all day about photography, but the best way to improve is to get out there and start experimenting. If you make some terrible shots, ruin some perfect moments – that will teach you faster than anything else, what not to do. It will force you to learn how to fix it and get better! 🙂

Another great way is to invest in a photography course or workshop. This will give you hands on help for your specific issues. It will teach you how to get great photos faster than just google or experimentation.

Leave me a comment and tell me what is your biggest challenge in making great photos? 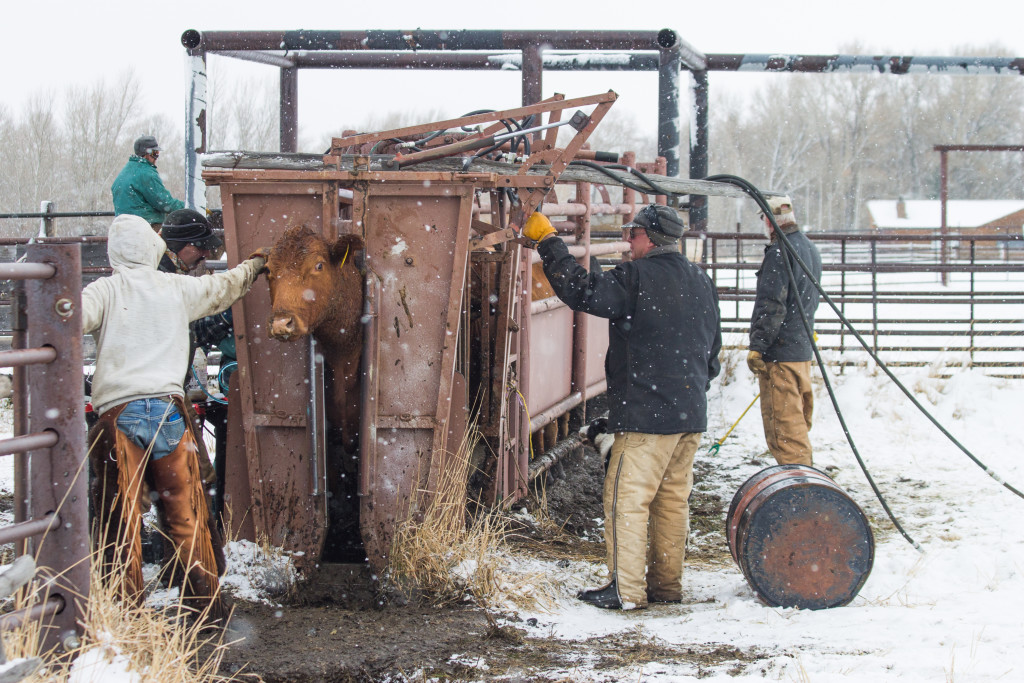 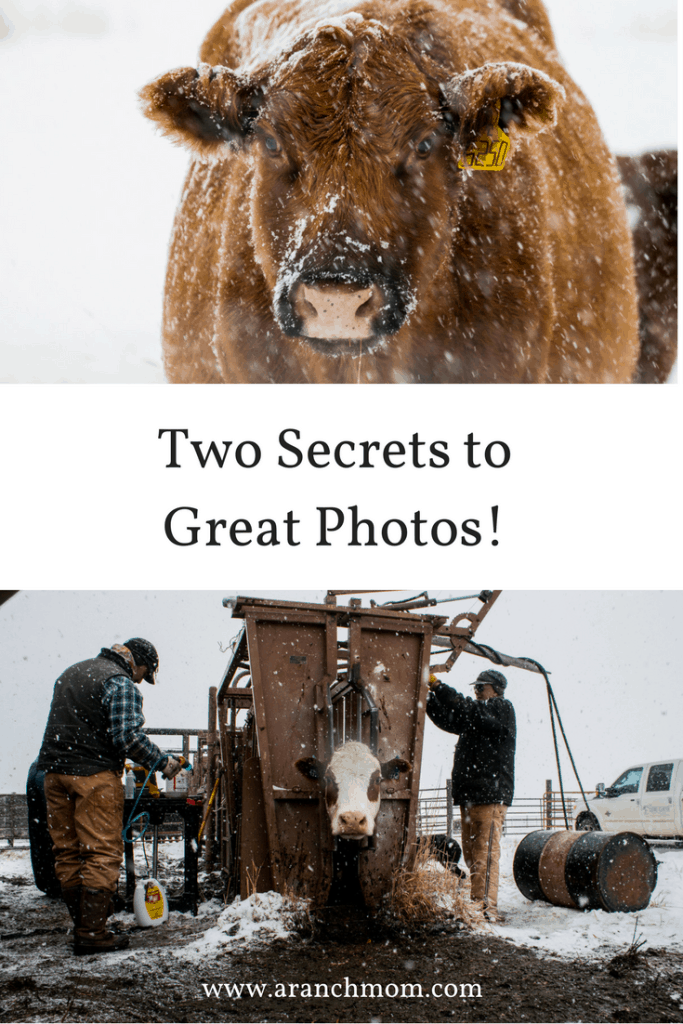 We are a participant in the Amazon Services LLC Associates Program, an affiliate advertising program designed to provide a means for us to earn fees by linking to Amazon.com and affiliated sites.
11 shares
Menu