There is a little-known historical site about 40 miles from where we live. It is called the Fossil House. It is a small cabin constructed entirely of dinosaur fossils, mortared together.

In 1908, Thomas and Grace Boylan homesteaded in the area, and Mr. Boylan began collecting dinosaur bones from the nearby Como Bluff. He intended to construct an entire dinosaur with his collection, but was told he didn’t have enough bones. So, he decided to build a cabin! 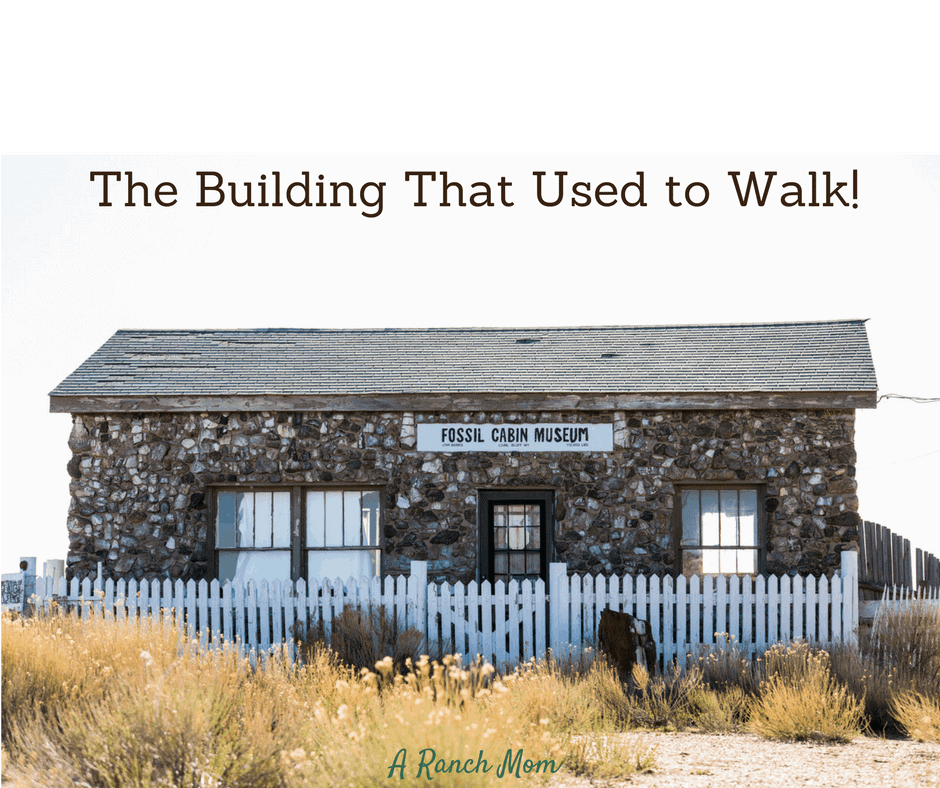 The cabin was completed in the early 30’s. The Boylans lived in a rock house beside the fossil house, where they also operated a gas station. The fossil house acted as an attraction to customers.

The fossil house has been through several owners since then, and today it sits abandoned beside highway 30, along with corrals and the rock house. 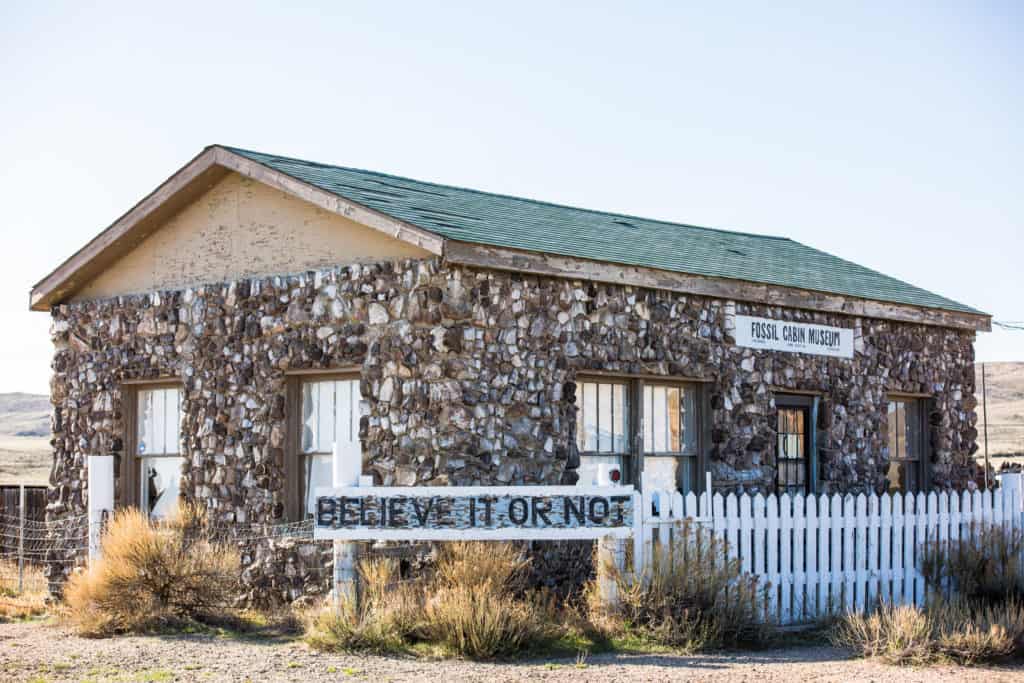 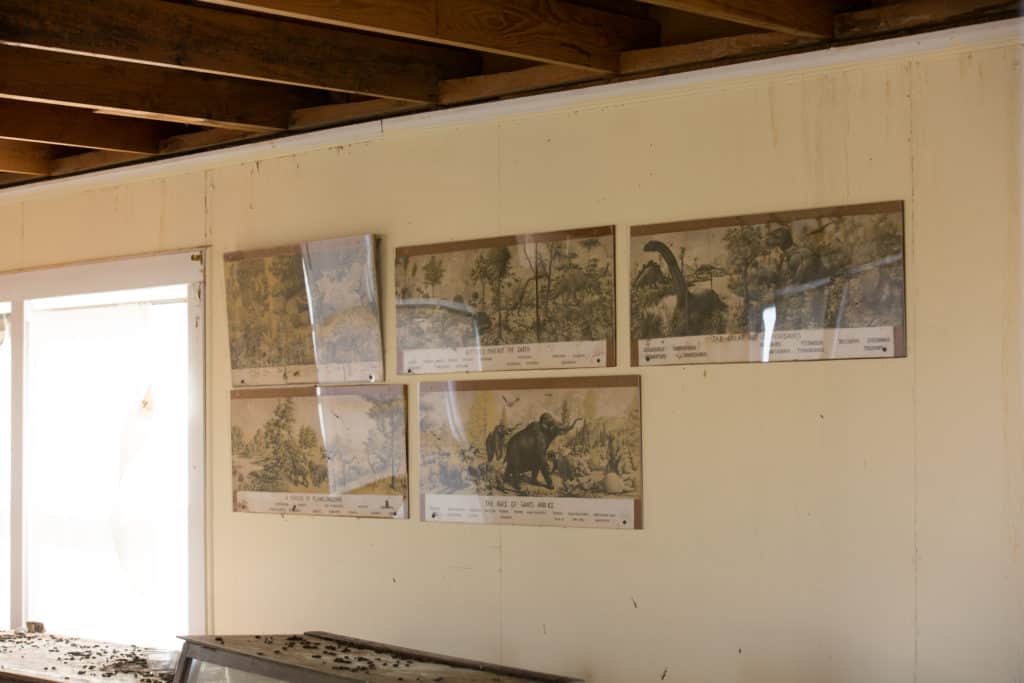 There is a window broken out of the cabin, and a cinder block under it – you can see where other folks have peeked through that broken window in the past!

Inside are broken, dusty display cases, and some vintage dinosaur posters hanging as a last tribute to an era long past. It made me a little sad, all the hard work of building the cabin, all the years of collecting and displaying interesting objects… all gone and broken and dusty. 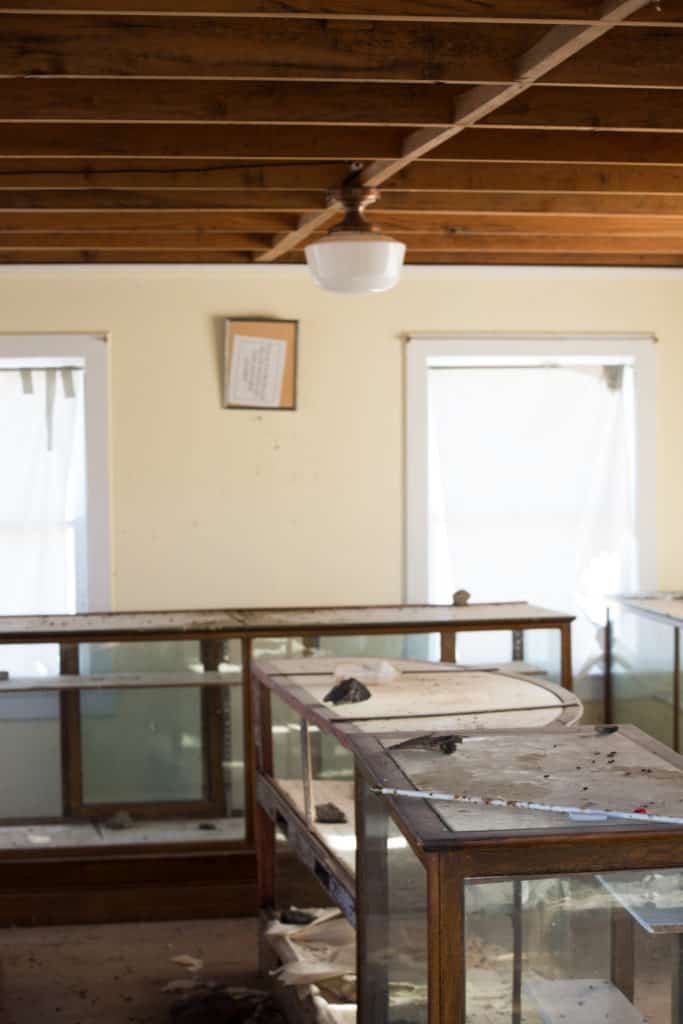 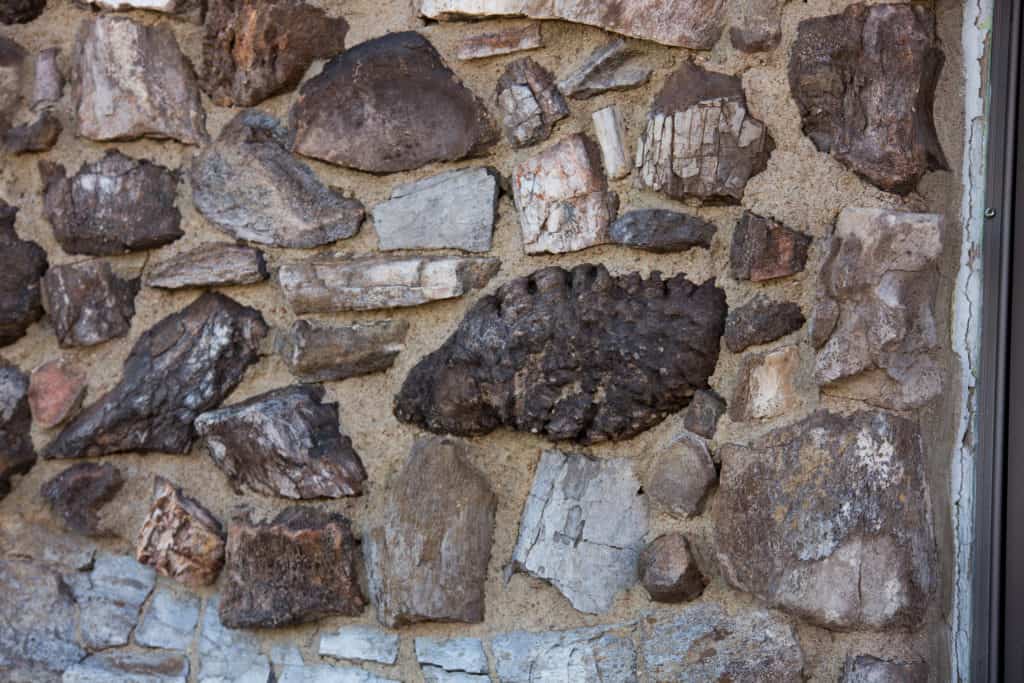 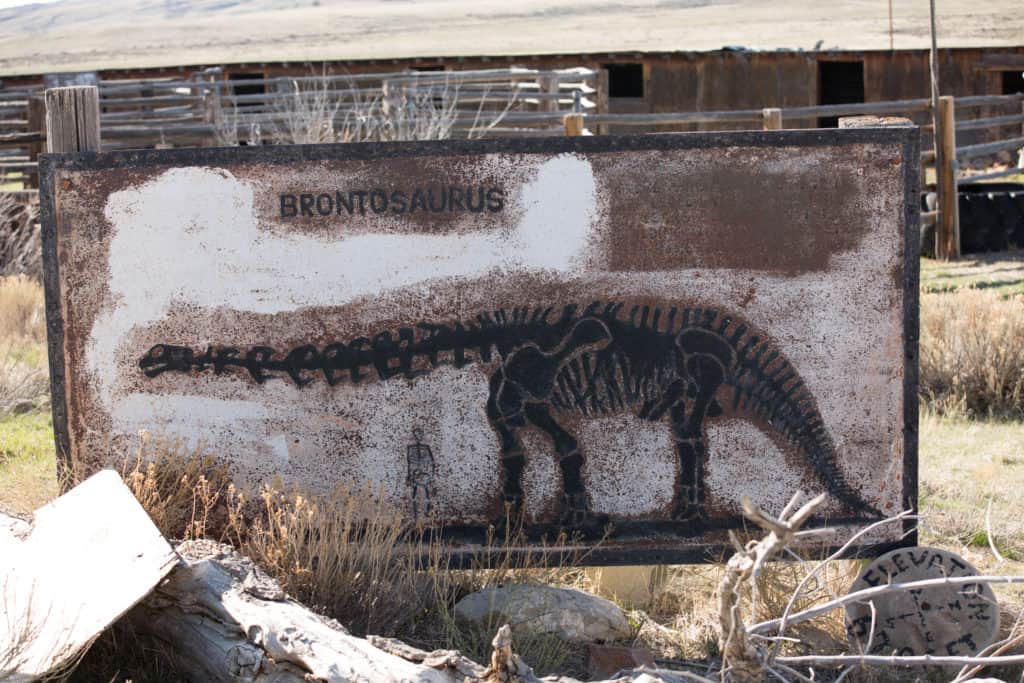 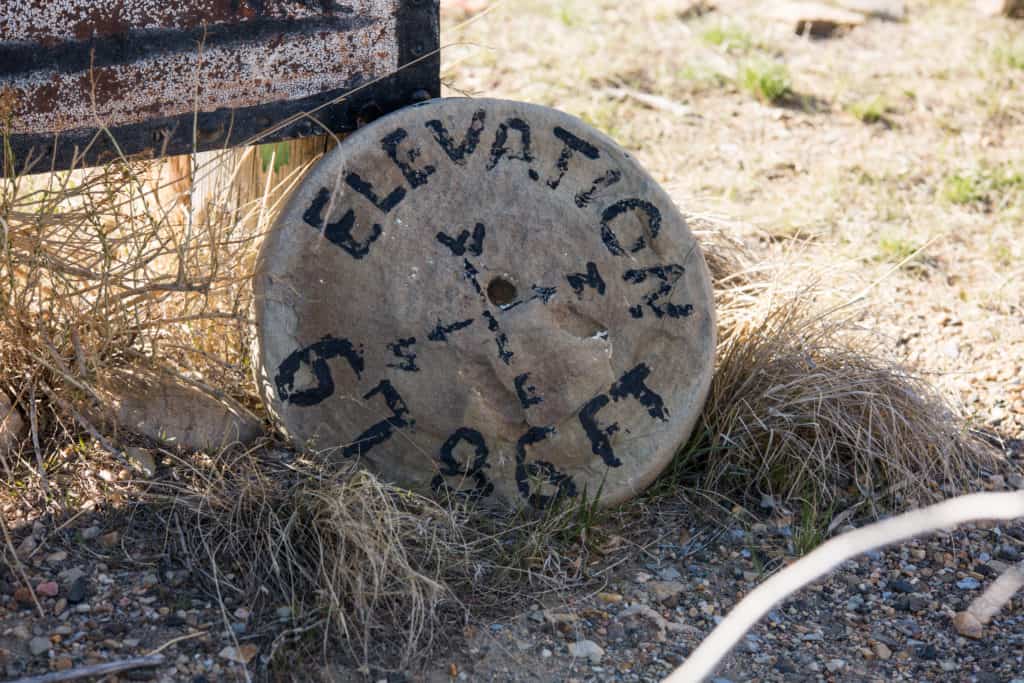 I have passed it several times over the last several years, and today I told my daughter to “pull over! I want a picture!” 🙂 So we stopped and wandered around the fossil house, peeked in the windows, and stared at the walls made of fossils. There are 5,796 bones used in the construction of this fossil house. Very interesting and unique! 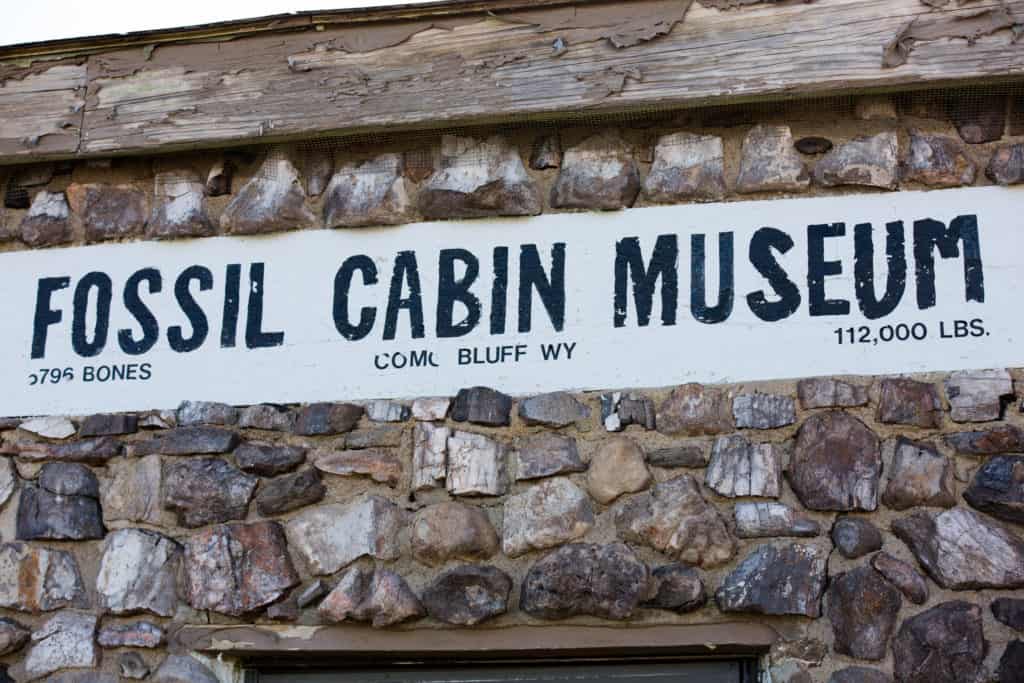 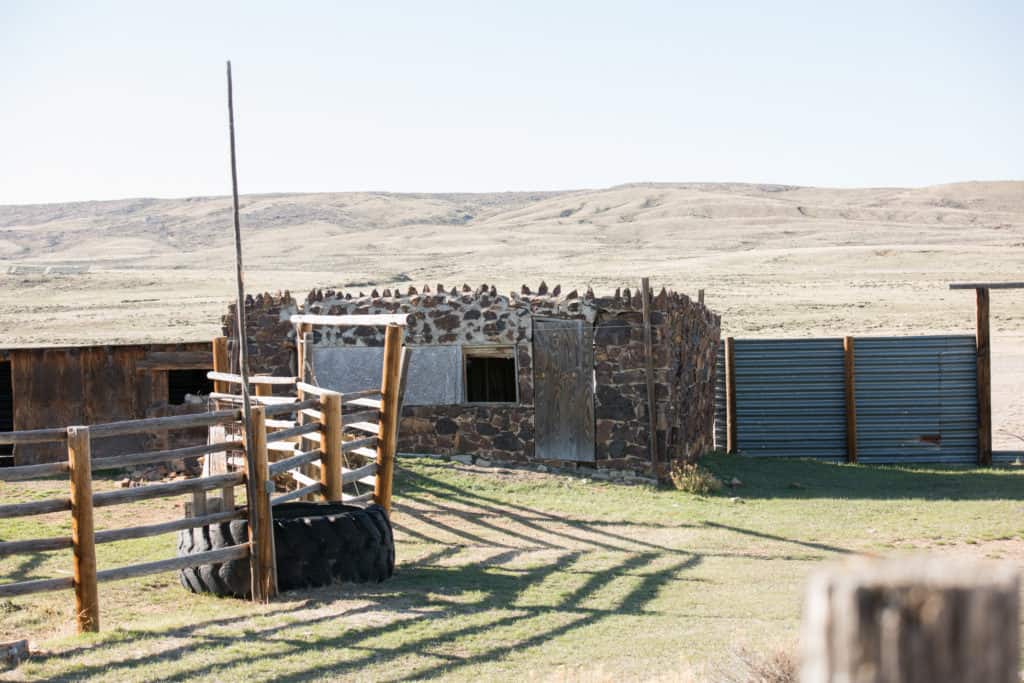 There is this rock shed in the back. I didn’t take time to go look at it.

You can read more about this cabin on wyohistory.org.