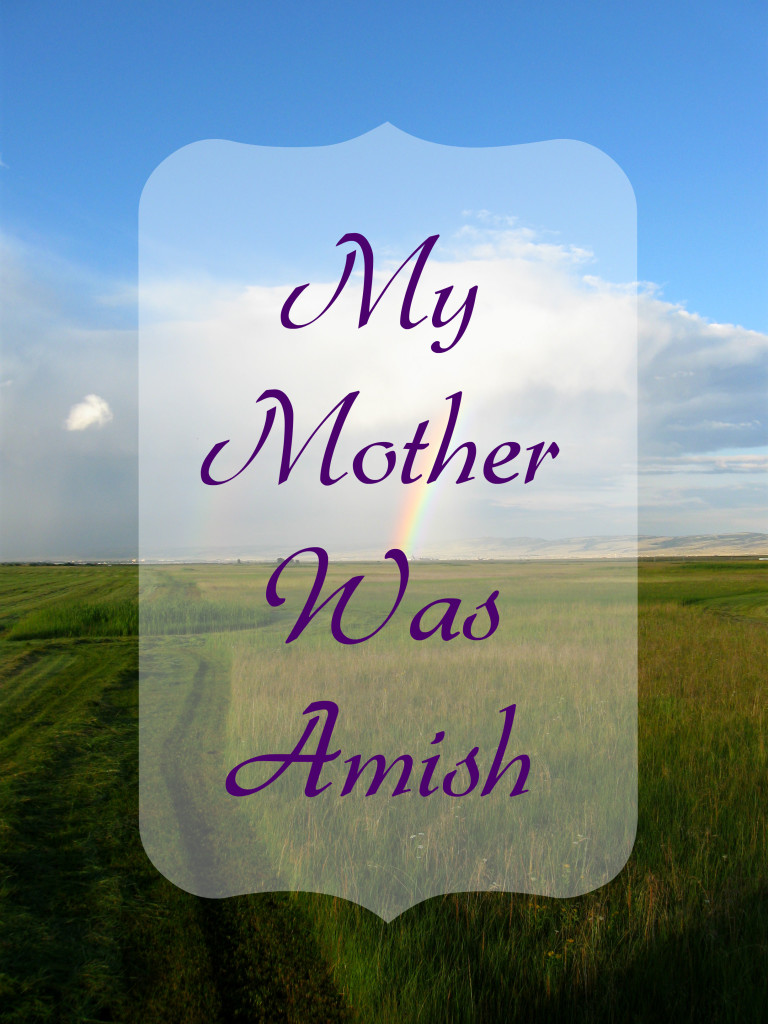 She was a young Amish girl. She hated housework, but enjoyed working outside. So she started working at the local vegetable farm. She, along with other local youth, hoed, pulled weeds, and picked vegetables in the warm sunshine.

One day as she was picking green beans, she realized that a young man was picking next to her in the row. He introduced himself, and they began to chat as they worked. The next time they were both working at the farm, they chatted again. Pretty soon they were chatting every day.

Well, one thing led to another, and soon they were a couple. He was over 6 ft tall, dark-haired and handsome. His darkly tanned skin and high forehead hinted at his Cherokee heritage. She was a short 5 foot, with brown hair and pretty, dark eyes. They made quite a dashing couple!

But, her family was Amish. Amish do not marry people that are not Amish. And by the way, not all Amish call non-Amish ‘Englishers’.  Many Amish call community folks: ‘worldly’. 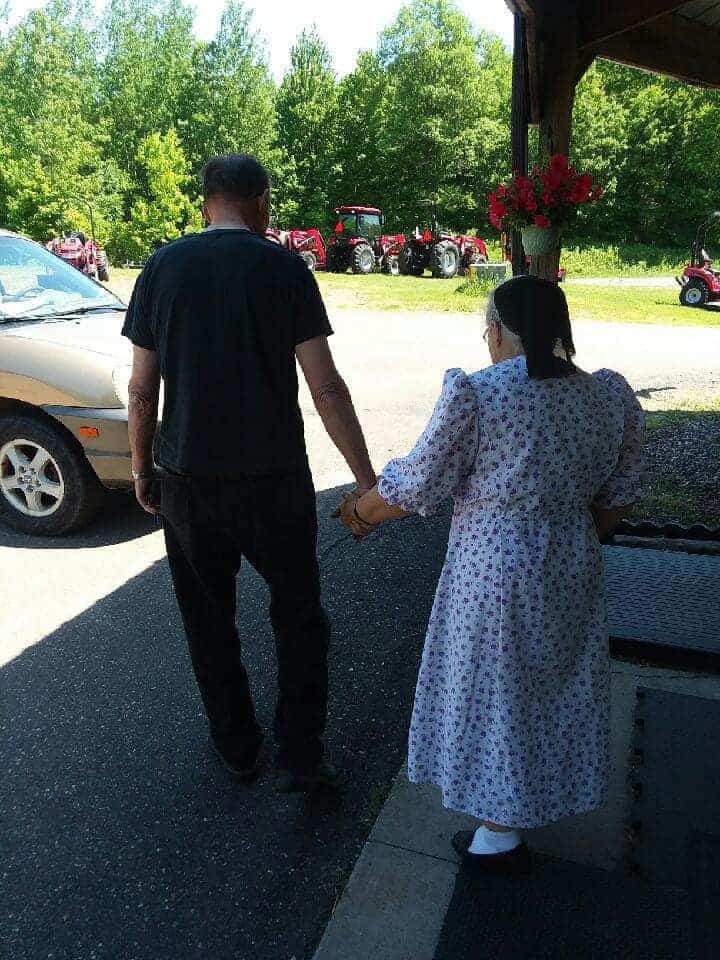 So. My mother was Amish, and Amish don’t marry worldly people! This was a problem. My mother dodged that issue by just leaving the Amish church. When she turned 21, she just walked out and went with my father to a Baptist preacher to get married. If you could just see the photo of the two of them on the church steps!! Tall, handsome Dad, looking sharp in his gray suit, alongside him was my mother, dressed in a gray Amish dress…because Amish are not allowed to wear white to their weddings, you see. That would be too worldly. They try to be different from the world in as many ways as possible.

Anyways. My dad was not raised Amish, and had no desire to convert. He liked cars and engines and conveniences. So they compromised by going to a Mennonite church. Mennonites may look very similar to someone who is not used to them, and in reality they are quite similar. But there is a few glaring differences:

So it came to be, that a Amish girl married a local redneck, and they started a family in a Mennonite community. With my dad coming from a non-Amish background, and my mother coming from an Amish home, I feel like us kids had a unique worldview given to us. Dad would see things one way, and Mom would see them another, and we just listened and made our own decisions. Not surprisingly, each of us kids have taken a slightly different path in life. Our journeys are different, yet the same. We are all committed to Jesus Christ, and each one of us follows Him the best we know how.

We are a participant in the Amazon Services LLC Associates Program, an affiliate advertising program designed to provide a means for us to earn fees by linking to Amazon.com and affiliated sites.
5 shares
Menu