Home » January Ramblings – and a story about a cow. 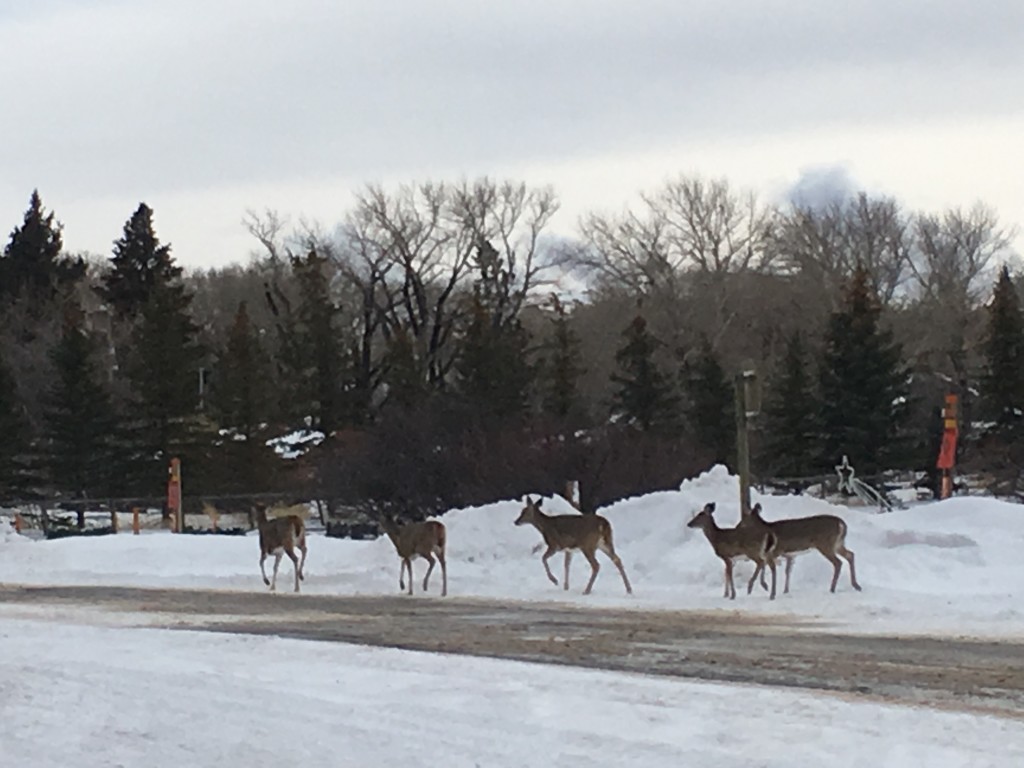 The deer that live in town!

January is nearly over – can you believe it?

I can. And I’ll tell you why: we haven’t seen the ground by our house since November! 😀 We live in a place that takes winter very seriously. We have drifts upon drifts, and if the temperature reaches 25* it is a warm day! 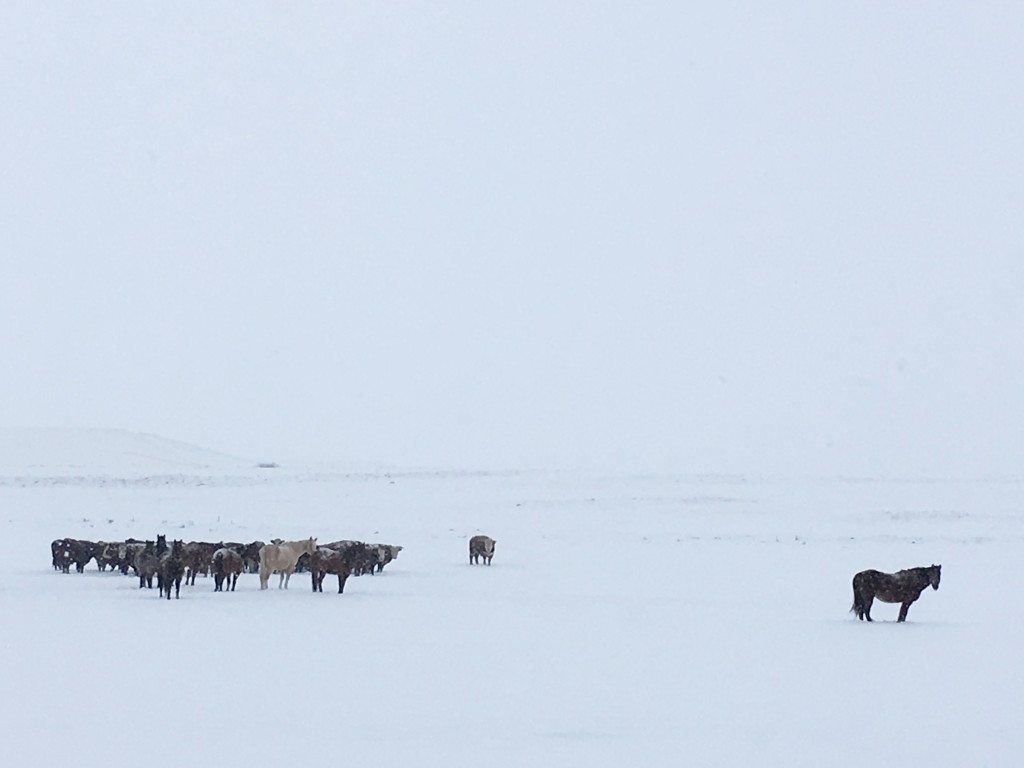 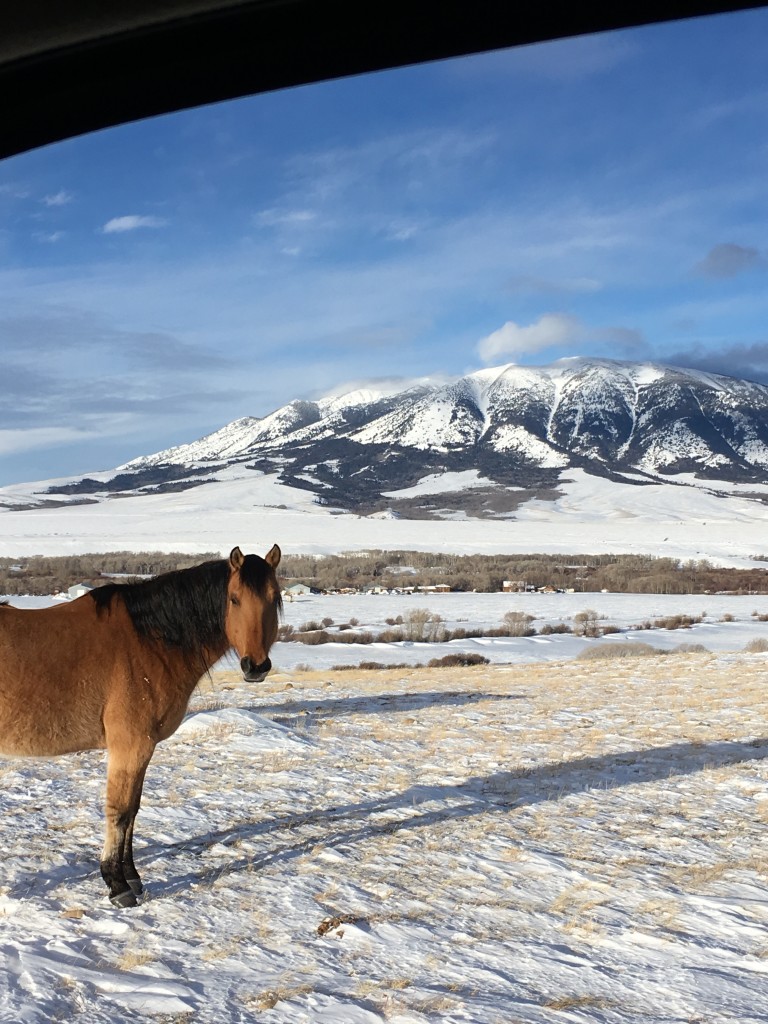 My view on my way to workout!

I got stuck twice, so far – in ONE DAY! Yuck. I hate getting stuck, but even more so when someone other than my husband has to pull me out. (both times!) But there is no way you are digging out in these rock hard drifts. When you get stuck, you get stuck! 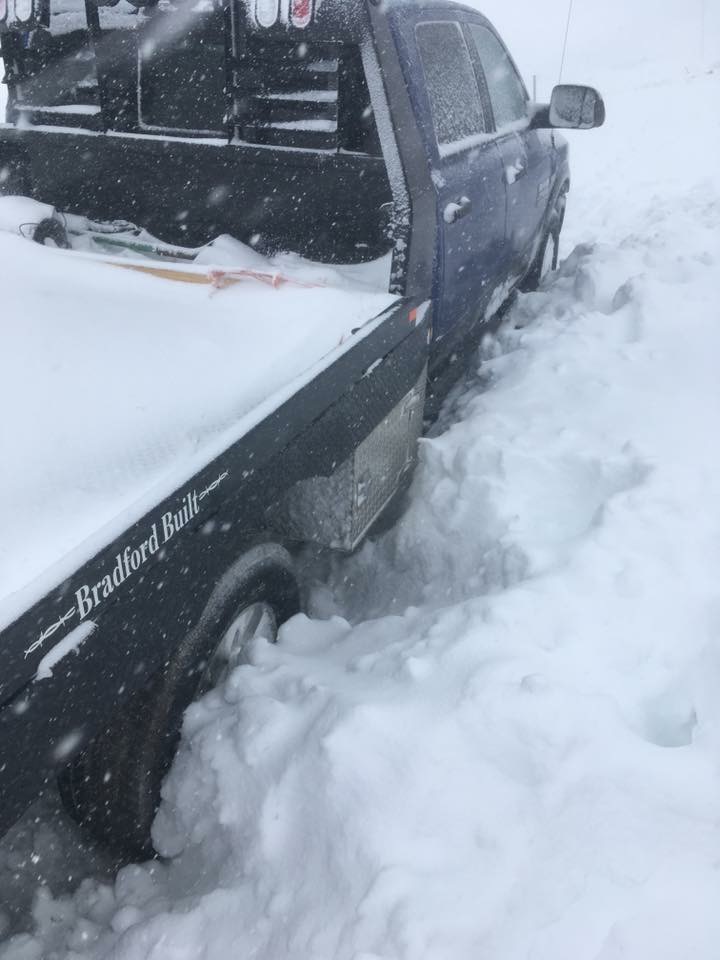 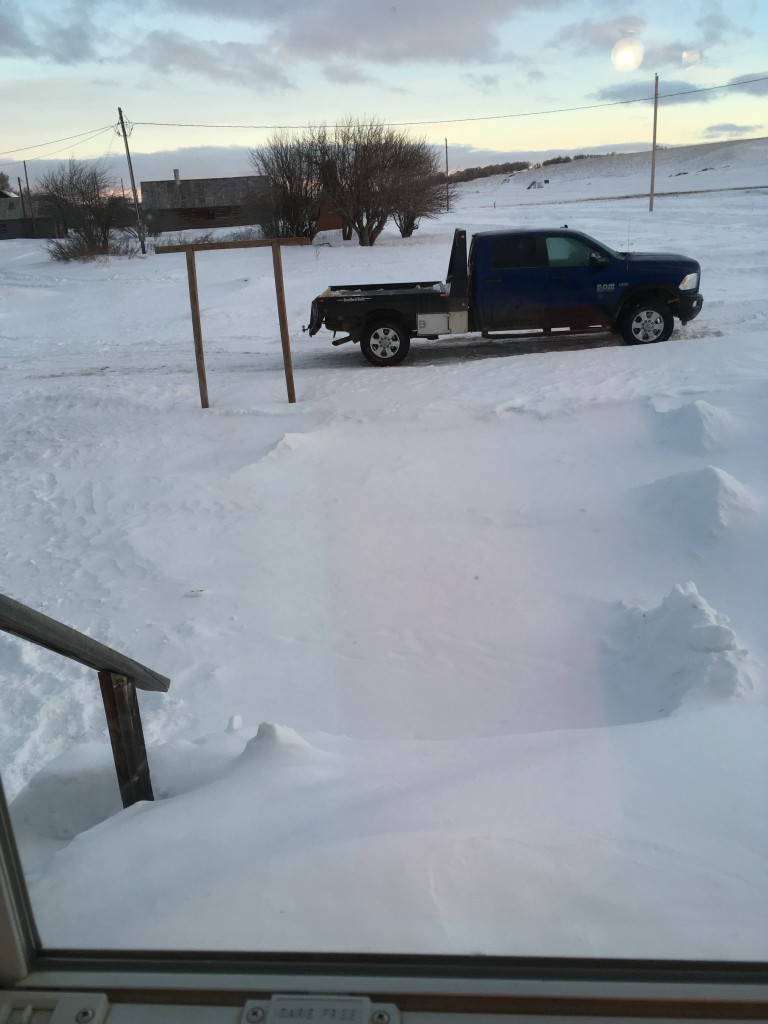 The view from my kitchen window!

I have been driving the 4 miles to my neighbor’s place to exercise each day. Well, Monday – Saturday as long as I am at home and the roads are 4WD-passable! I have missed some days in January. My oldest daughter started going with me, so that is nice. 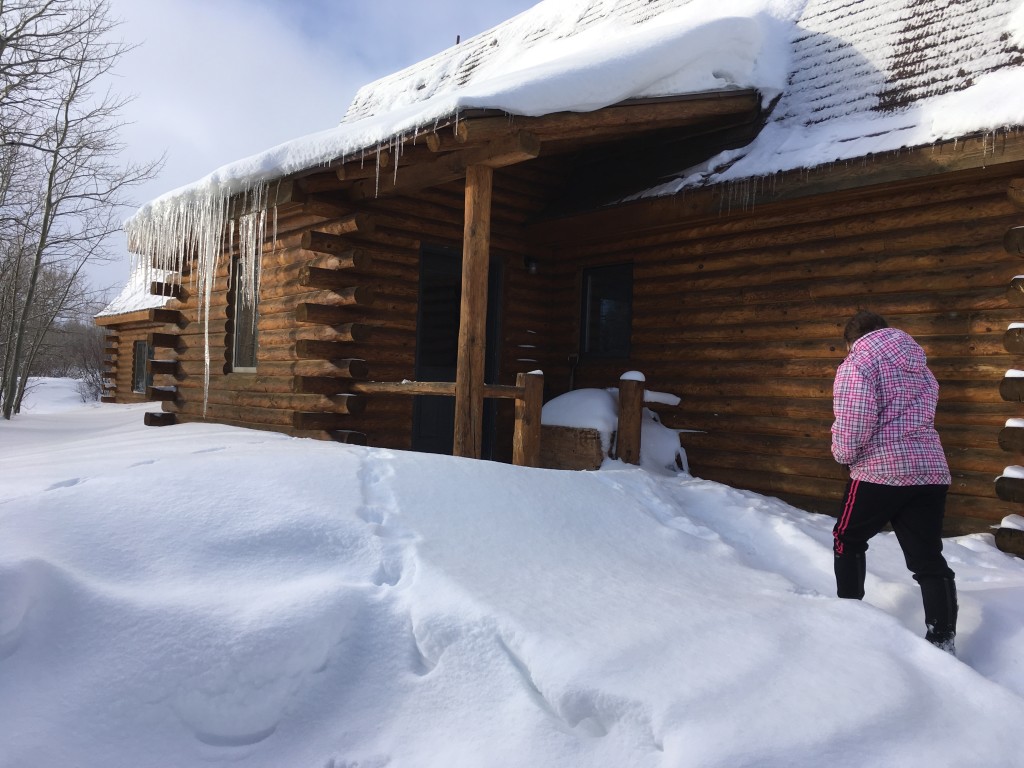 …when you walk ‘down’ to the porch that is 3 steps off the ground!

We are blessed to have a small woodstove in our living room. I try to keep it blazing at all times. But in the afternoon, I go in my bedroom to write and forget all about the fire. Somehow the kids don’t think of putting wood on, either! Sometimes I sit right beside the stove to write, because it is so toasty and warm, and I still let it go out! This is what happens when I write. 🙂 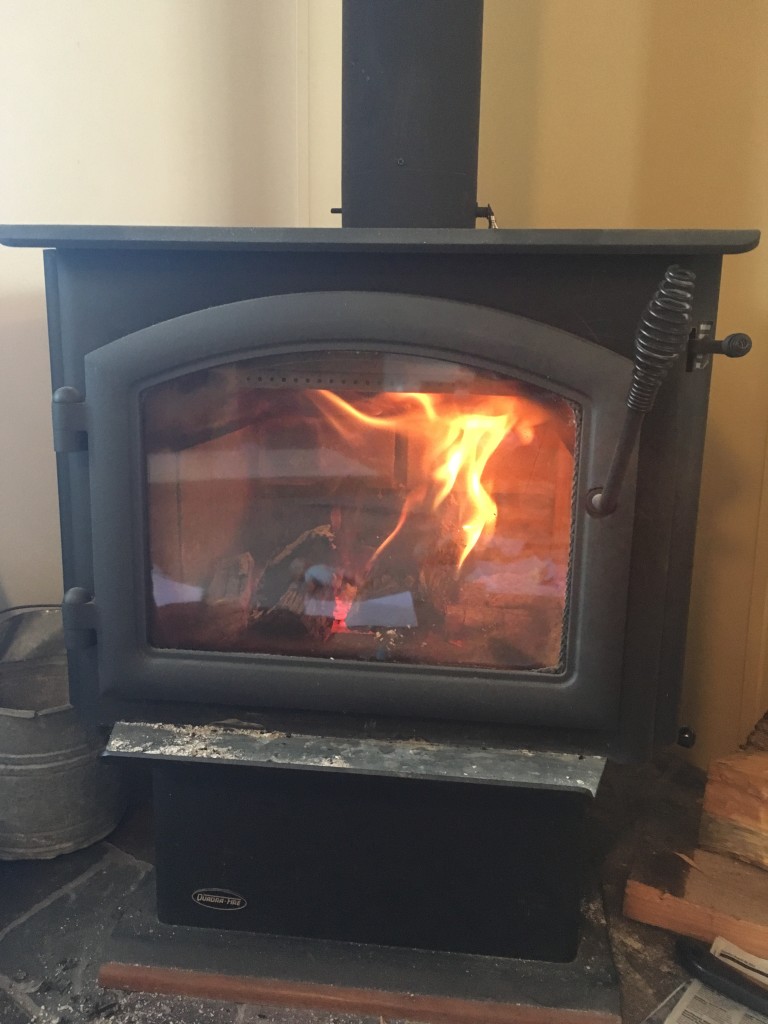 Last week my husband went to Billings, Montana. He was attending the Ranching For Profit school. It is a full week, and covers topics such as grazing techniques, employee relationships, profit margins, etc. This outfit we’re on sent him there, as they do for all new hires. People who implement those principles seem to really like the results.
While he was gone, I took the kids and drove to Colorado to visit some friends. I visited my Romanian friend, and she served me some of her homemade tomato preserves. I think she said  it has tomatoes, peppers, and… squash? I forget the third ingredient. Anyways. It is not sweet, just a mild-flavored vegetable spread. She served it on toast. She also served a sweet homemade bread that was yummy. The swirl was ground up walnuts, cardamom, and rum. I asked her 3 times what it was called, but I already forget. (I’m so bad at forgetting foreign words!) 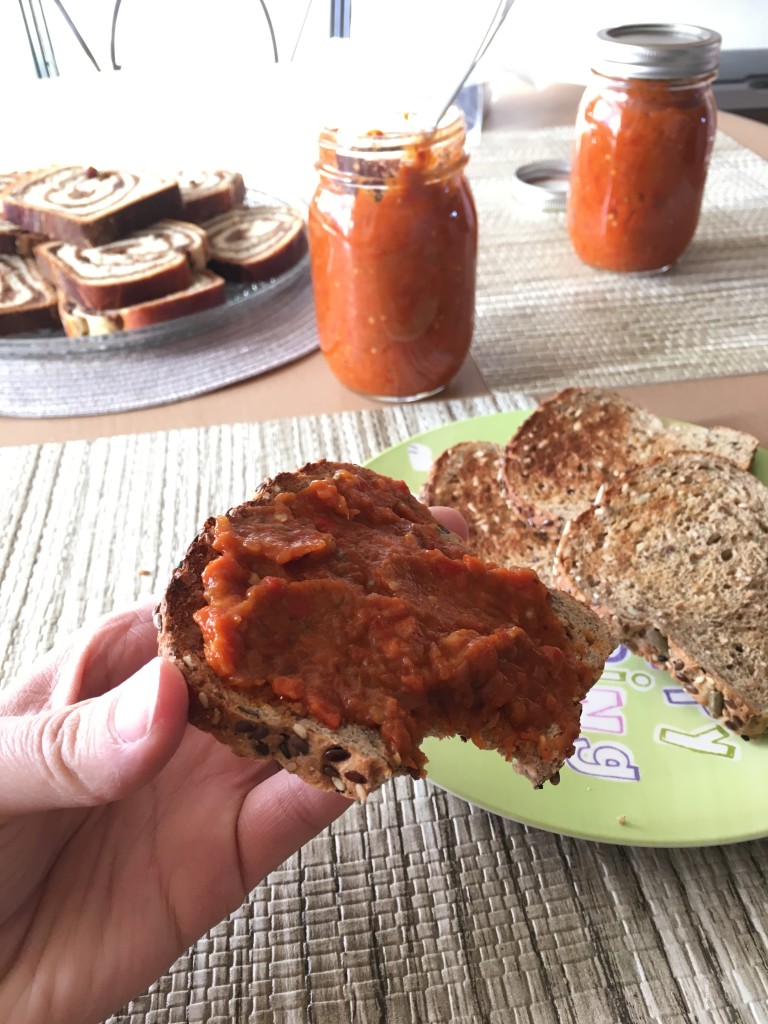 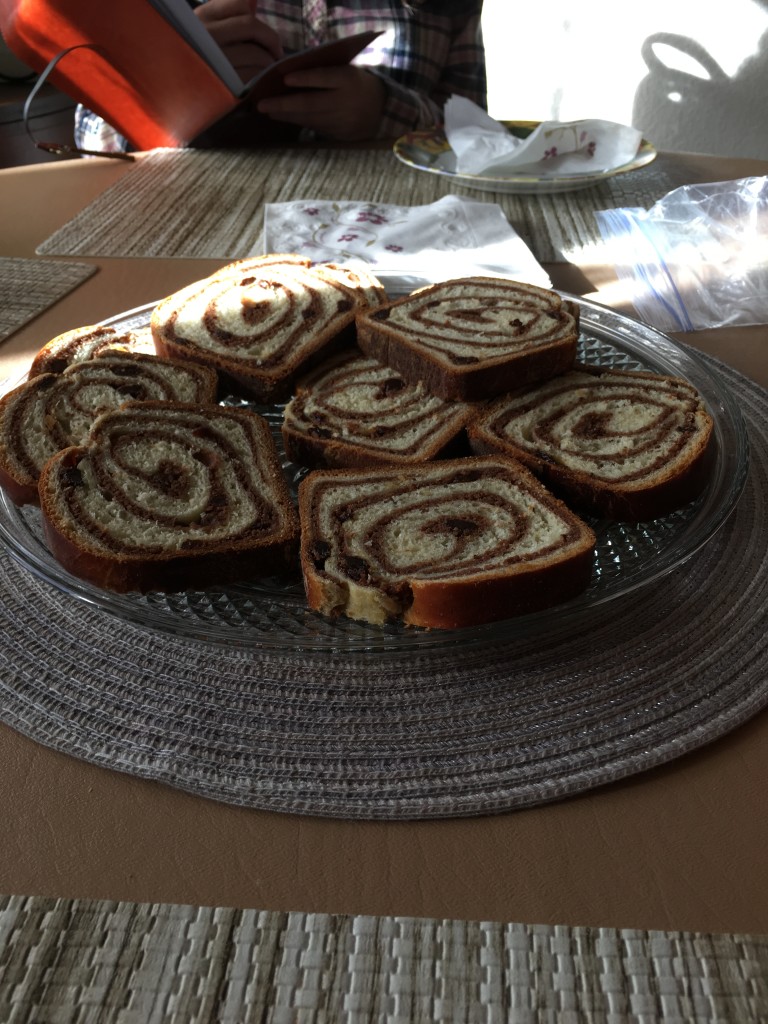 I have been buzzing my son’s hair since he was 2 years old. But recently he asked me to cut it more… well, stylish. And I tried. But it was sad. And I appreciate a good haircut, so I started taking him to the hair salon. They call it a ‘gentleman’s cut’, and it looks amazing. Totally worth the money!

I could be prejudiced, won’t deny that.

Meanwhile, my baby is growing up (insists she’ll be 35 soon, “just like you, mom!”) 😀 but she still loves cuddles and hugs. 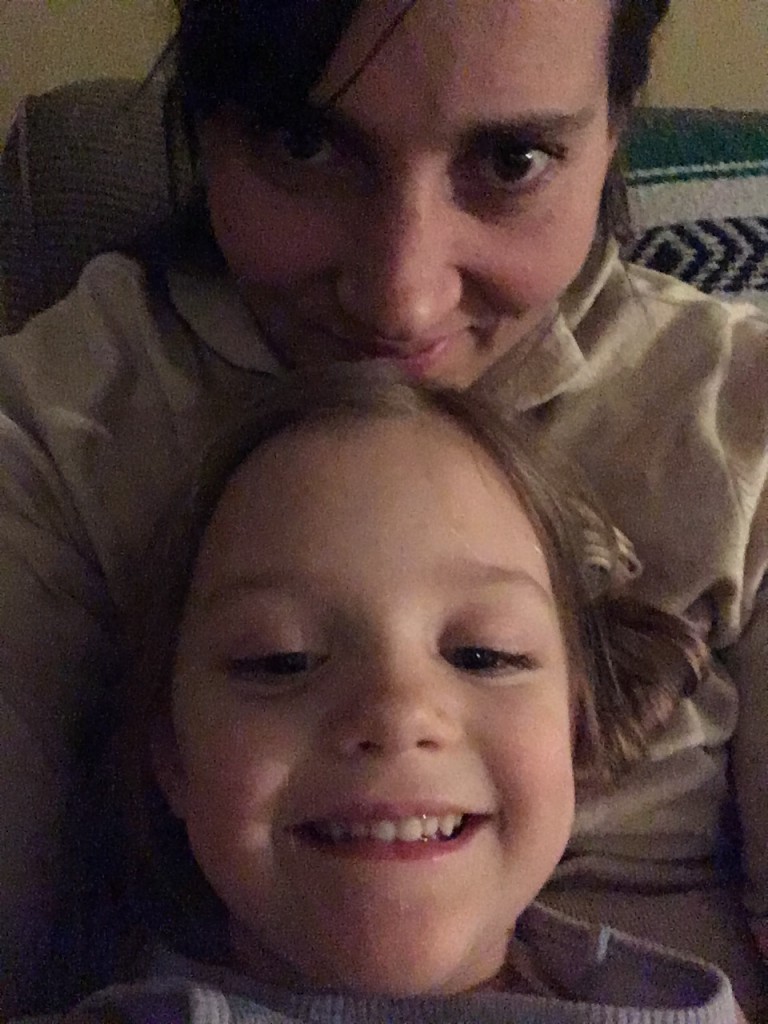 I went to a friend’s store while I was in CO, and loaded up on fruits & veggies. I LOVE veggies! 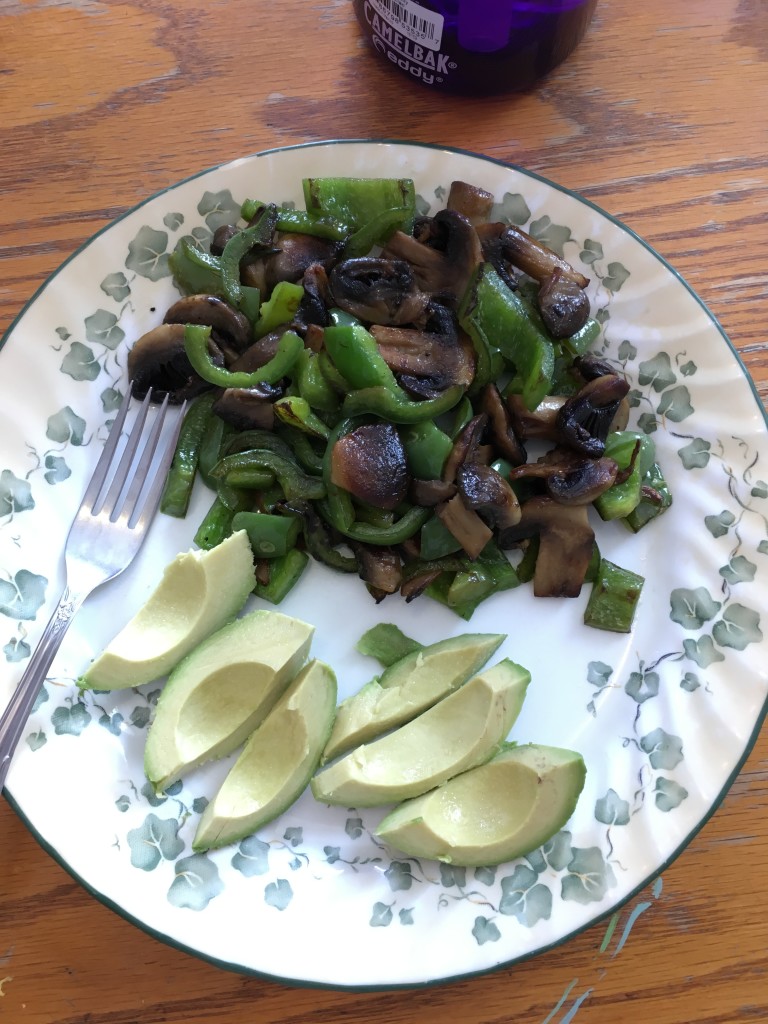 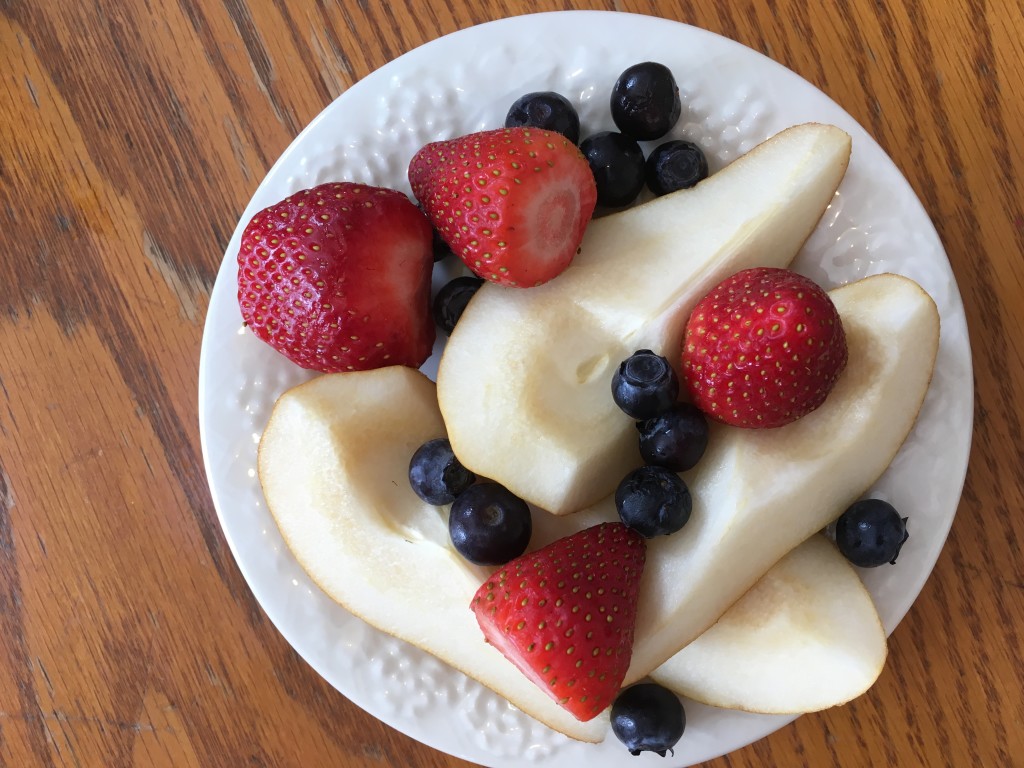 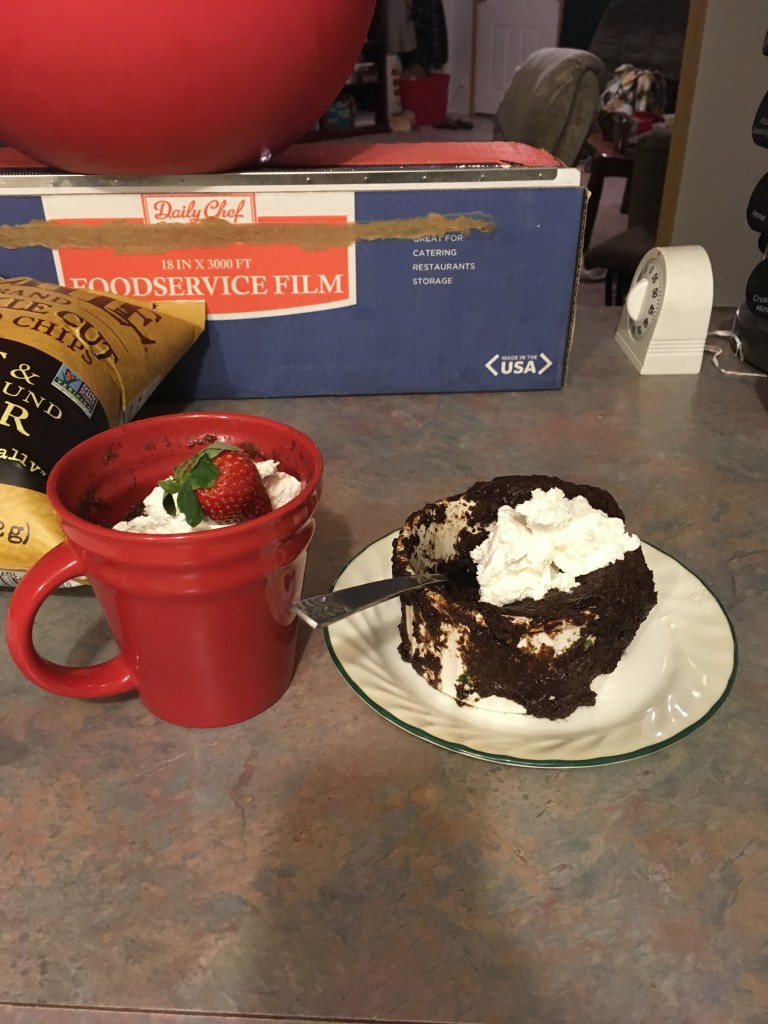 Then I undo the good of the veggies with my mug cakes! They flopped, by the way. But I plopped some cool whip on top and hey! still yummy!

So let me tell you a story about living on a ranch…
Our lane is pretty narrow, and the cows like to stand on it, for some unfathomable reason. Well, one night I was driving home from town, and it was dark. I honked the horn at the cows, and drove slowly through them. Some went off the lane into the field. But there is a ditch between lane & field, and they do not like to cross it. Understandably, because hey – I wouldn’t enjoy wallowing in snow up to my belly either! But still. Get off the road you crazy cows! Anyways, so they all moved to the side of the lane, and I drove slowly past. As I passed the last cow, she decided too late to switch directions. She swung her hindquarters around and her hip bone caught the back corner of my Suburban and left a big ole dent! I looked in the rearview, and she went scampering off, the bugger.  I mean, it’s not like my rig is that precious; it has major hail damage, 230,000 miles, and the 4WD no longer works. But still. Get off the road, you ornery cow! 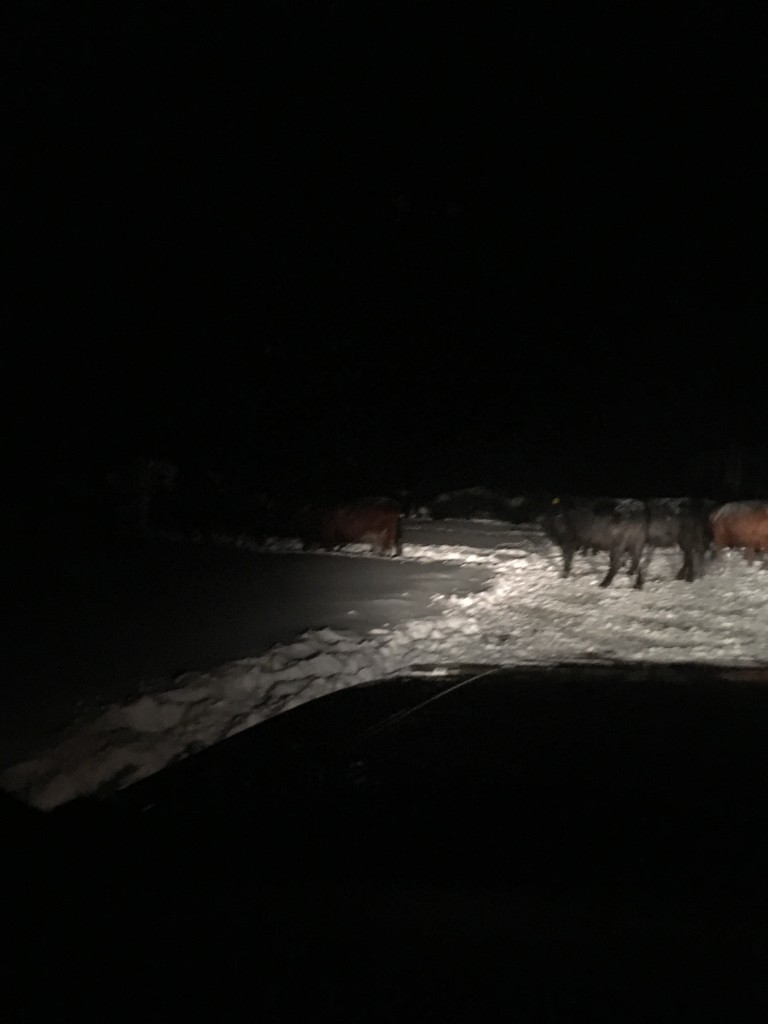 Hard to get a pic with a cell phone after dark.

Well, that’s about it for my January ramblings. Hope you’re staying warm and cozy! 🙂