Home » How to Make Lard

Wanna learn how to? 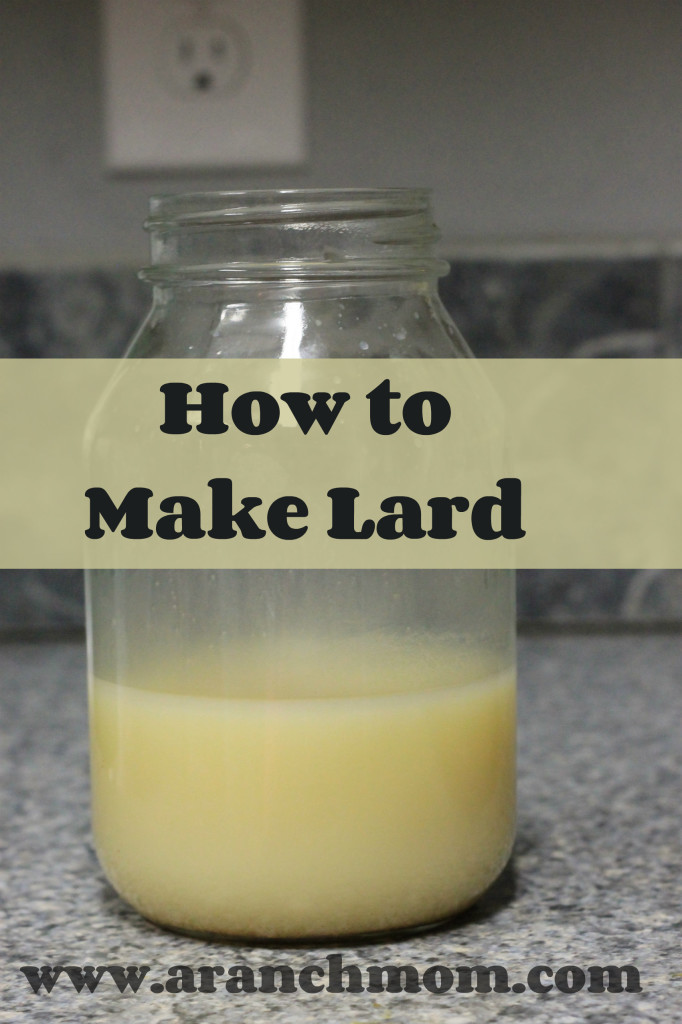 Actually, it’s real easy. I am making beef tallow here – but the directions are the same for pork lard or any kind of lard. Although I haven’t made or used any kind other than beef or pork, but I hear some people like bear lard?! ( I have one word – eww!) 😉

OK. So first you have to get some fat. Pig or beef fat. I asked for some from the butcher at the local grocery (chain store) and they just gave me a pound and a half at no cost. No guarantees on your town.

Update: My husband just bought 10 pounds from a local butcher for about .80 cents a lb. He uses it to condition his reatas.

UPDATE: A friend informed me that the reason you trim off the meat bits is to prevent the lard from going rancid too quickly. Makes total sense! I guess because I never make much at a time, I did not realize this. I just use mine up pretty quick. So please trim the meat. I will too. 😉

) I just cut the fat into small pieces, about an inch or so.

Then you put them into a kettle with a 1/2 cup of water.

Heat it on low… first the water will evaporate and you will think this is never going to work! It’s just a bunch of stinky blobs of fat! …but keep stirring, and keep it on low, and eventually you will notice that there is a small amount of liquid fat on the bottom of the pan… then a bit more, and soon your “cracklings” will be swimming in melted lard!

Just keep it on low for about an hour, or until the crackling are pretty brown and shrunken.

Then all you have to do is strain the lard through a mesh strainer, or cheesecloth, and store it in the fridge in a glass jar. The lard will be a golden brown color when warm, and turn creamy white when cold. 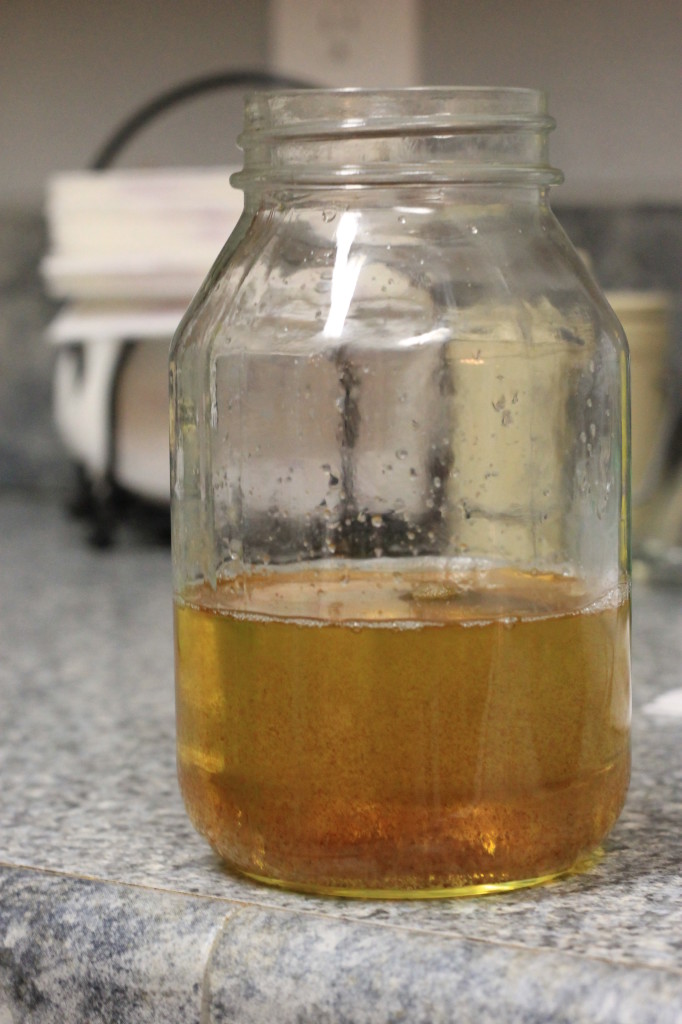 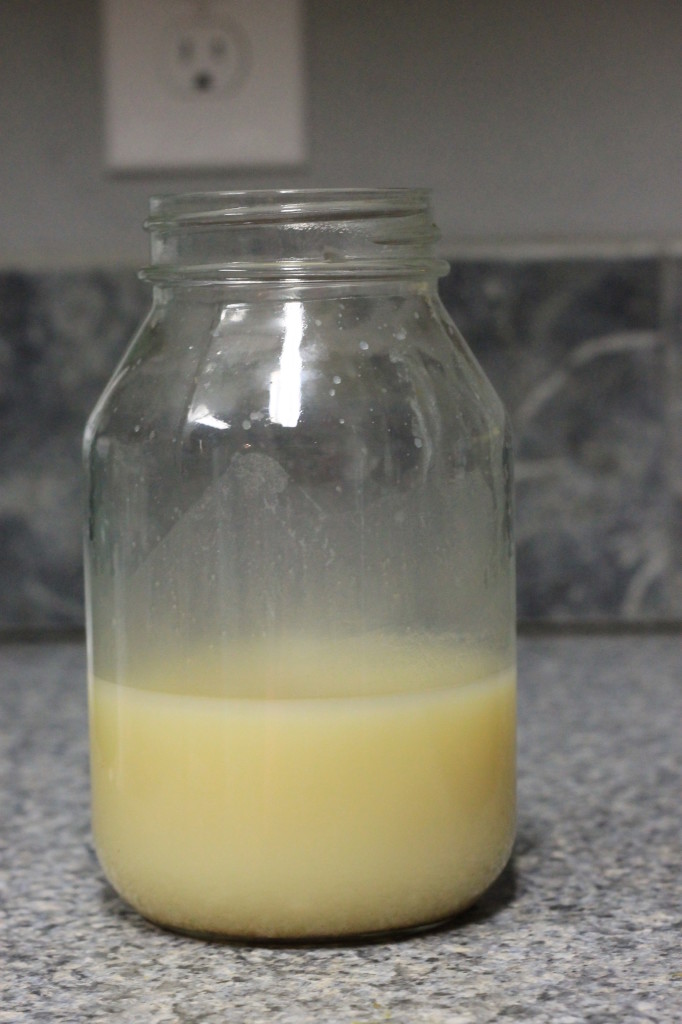 Use the lard in pie crust, to fry things, making soap… lots of possibilities!