The NIV Halley’s Study Bible is my newest delight in Bibles! Full of cultural facts, photographs of ancient artifacts, and maps of the region, this book is made for a history buff like me. I love to imagine what it was like when Noah spent decades building that Ark, when Jesus walked the dusty roads, when Joseph was down in that dark well.

The NIV Halley’s Study Bible has put regional photographs and facts of the times into my hands so I can have a better grasp of that era. Yet, it is not dry or boring. The Bible text is right there – unchanged. But there are also footnotes, photographs and maps. It is a sturdy, hardcover edition that will stand up to heavy use. 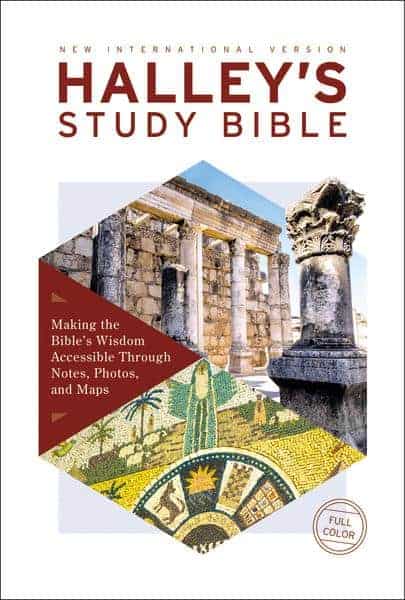 I was captured with the short life story of Henry Hampton Halley, found in the introduction to this Bible. I have written a summary here:

Henry was the pastor of a small church in Kalkaska, a small town in Michigan. After 11 years of ministry, he resigned due to health issues. Henry though this was the end of his pastoral ministry.
Henry then became a building contractor and realtor, with business deals in California and Michigan. He had 4-day commutes between the two states and spent many long hours in the train.
On one of these trips, the Lord gave him the idea to improve the time he spent commuting, by memorizing Scripture. He began with the Sermon on the Mount, then the Book of James was next.
He was 39 years old, and in his words “I had not only an untrained but also a very ordinary memory”.
Henry was so fascinated by Scripture memorization, that he began to devote several hours a day to it – mainly his evenings. 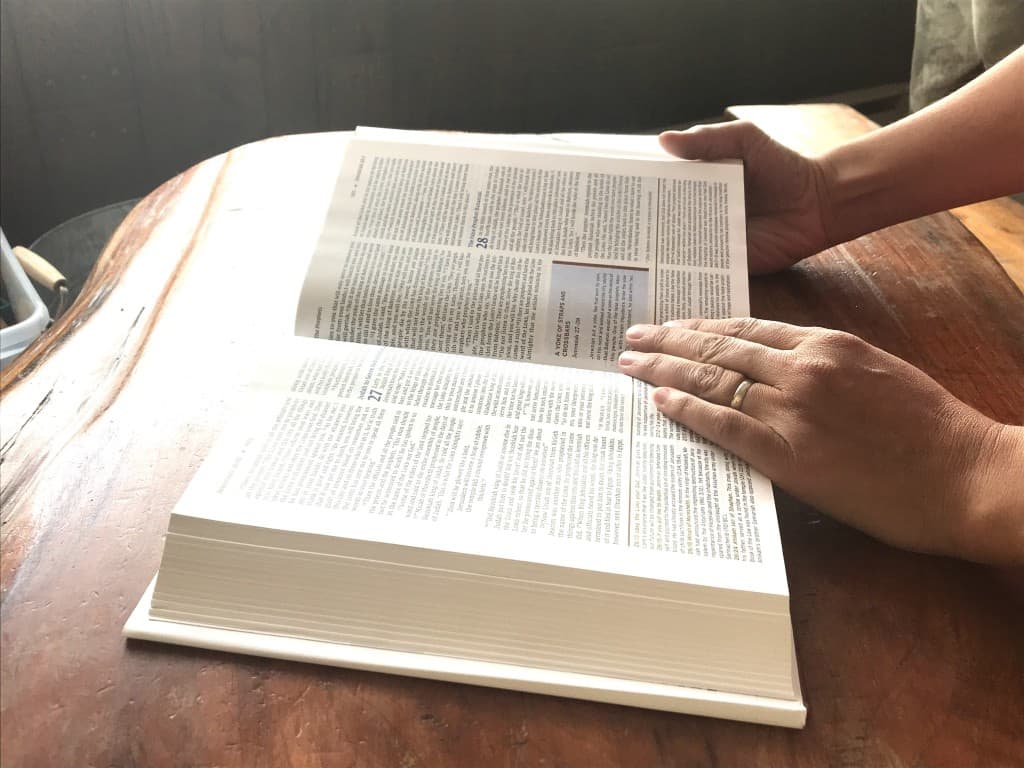 Over the next ten years, Henry spent approximately 10,000 hours memorizing key verses and passages from the entire Bible. In his telling of the life of Christ, Henry devoted emphasis to the Resurrection, for, he said, “that is the most important part of the New Testament.“
One day he was asked to preach at a neighboring church. When he got to the pulpit he realized he forgot his sermon notes. So he recited Scripture verbatim, the Sermon on the Mount, and other passages. This was the beginning of a new ministry.
From coast to coast, in 35 states, Henry delivered Bible lectures. Although there were many conversions to Christ through his Scripture recital ministry, his main purpose was always to teach the Bible and encourage reading it.
In 1922, he realized there was a need for a alternate method. He began printing small booklets that had the dates of all the books of the Bible, the main idea and a summary of each one. They were free for the asking and they were soon gone. He reprinted.

In the late 1930’s, Halley’s Bible Pocket Handbook had become a volume of several hundred pages, and Henry Hampton Halley was still sharing the Bible through Scriture recitation. The Handbook was last revised by Henry in 1964, just before his death in 1965, at 91 years of age. Today, there are over 6 million copies in print. 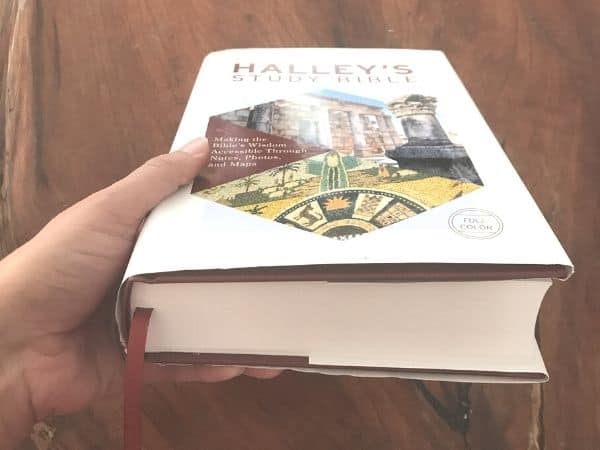 The NIV Halley’s Study Bible is a wonderful compilation of Halley’s detailed facts, bits of history, photographs of artifacts, and more. It really does help with context, when I am reading the Bible. To understand the culture and expectation of the day, is crucial to understanding the meaning of the text.
You can find your copy of NIV Halley’s Study Bible in the Faith Gateway store.
I have pored over this Bible in the past few weeks, finding interesting tidbits and studying the photos. I expect to spend a lot more time with this Book in the future. 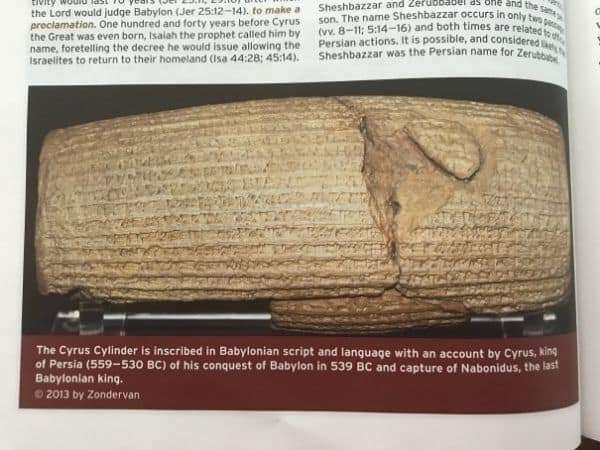 There are cross-references at the bottom of each page. There are notes in blue boxes, which makes it easy for the eye to see which is Scripture and what is not. Most chapters are divided into sections, with headings. 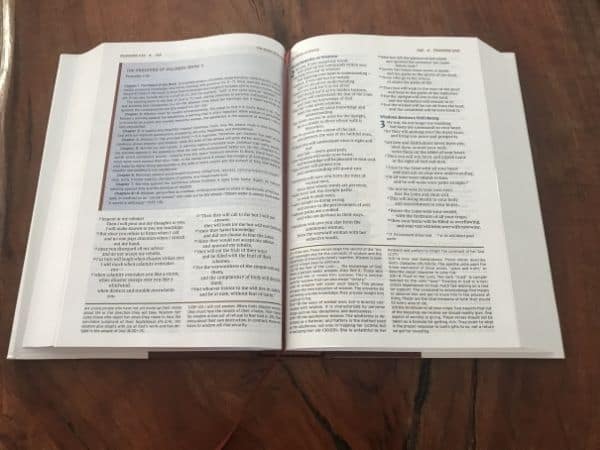 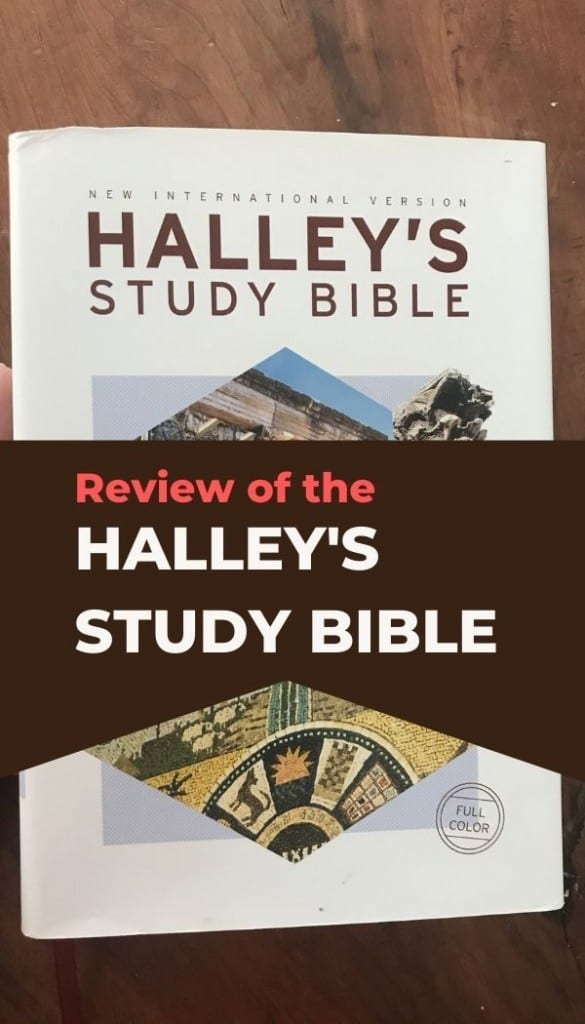 I received this Bible for free as a member of the Bible Gateway Blogger Grid. All opinions are my own.

We are a participant in the Amazon Services LLC Associates Program, an affiliate advertising program designed to provide a means for us to earn fees by linking to Amazon.com and affiliated sites.
1 shares
Menu