The weather has been so nice this week. Windy, yes. But that is to be expected in Wyoming. Yesterday was sunny and warm – felt like spring! I was out pruning my apple tree and my lilacs. I am not done with either, but at least I got started.

I have been having issues with our internet connection – it is working OK in the morning, but by afternoon it won’t load pages properly. So my writing and blogging has been quite hampered, since I normally write in the afternoon when Baby is sleeping.

In the early afternoon, The Boss and My Cowboy were moving the bulls. I happened to be driving out the lane as My Cowboy took part of the bunch past. So I grabbed a couple of photos… 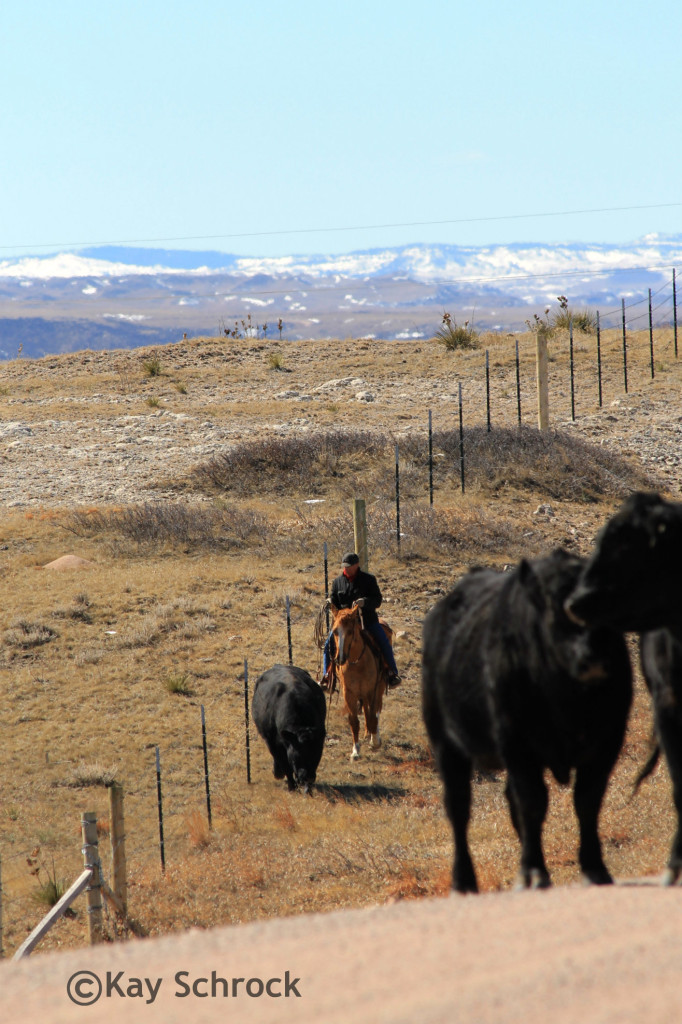 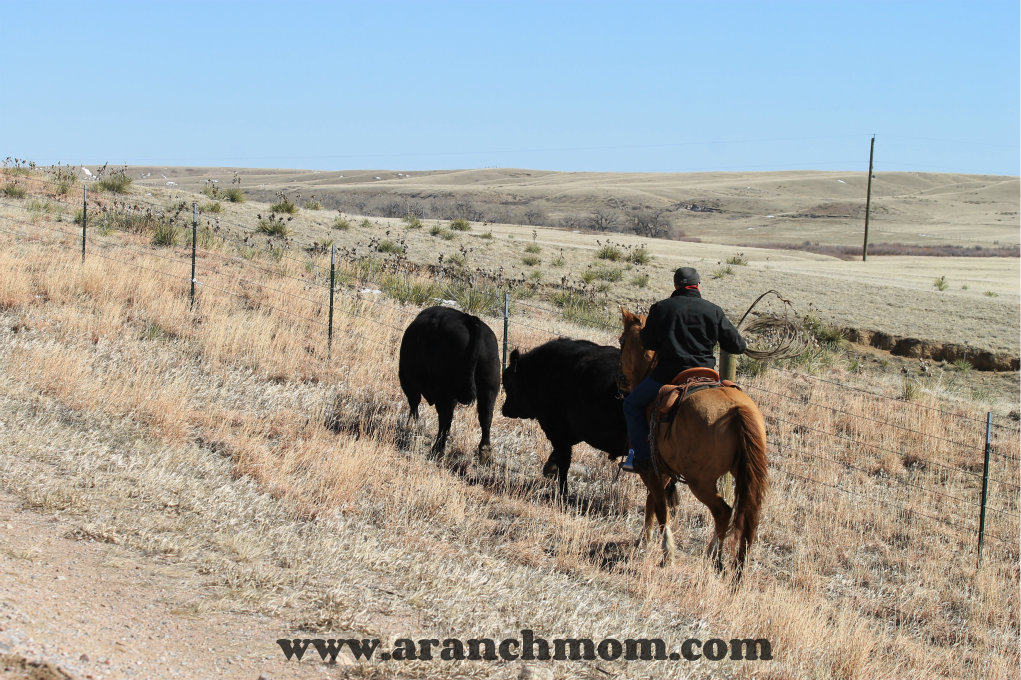 Normally the kids would’ve wanted to help – but bulls… they have helped move bulls before, but it is more dangerous when you have a couple ornery Herefords in the mix. (sorry, Hereford ranchers! 😉 ) 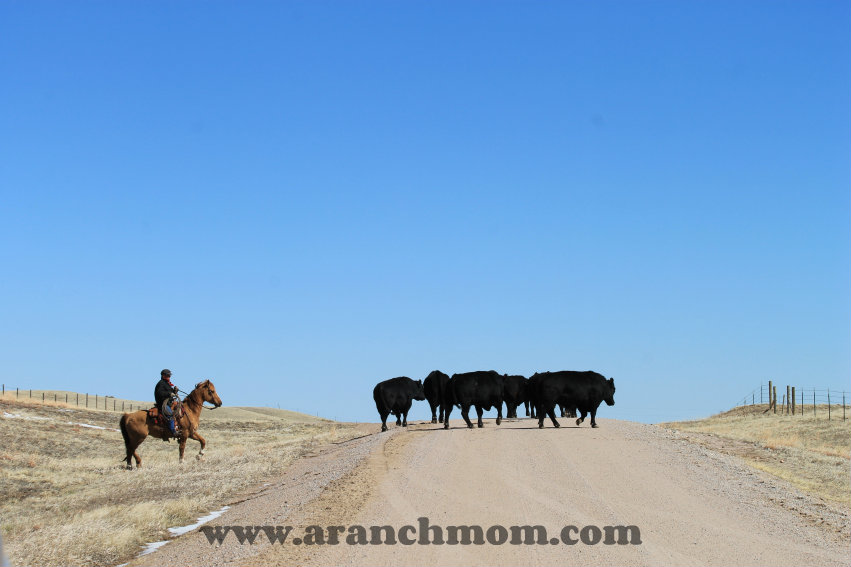 He was having a little trouble keeping them together and going in the right direction. Bulls are not as herd-bound* as cows, therefore are a bit more difficult to move. Later that evening, when I asked Cliff how it went, I believe his exact words were:

Hmm. I don’t think I have ever tried to push a string, but I can imagine it would be an exercise in futility. 😀 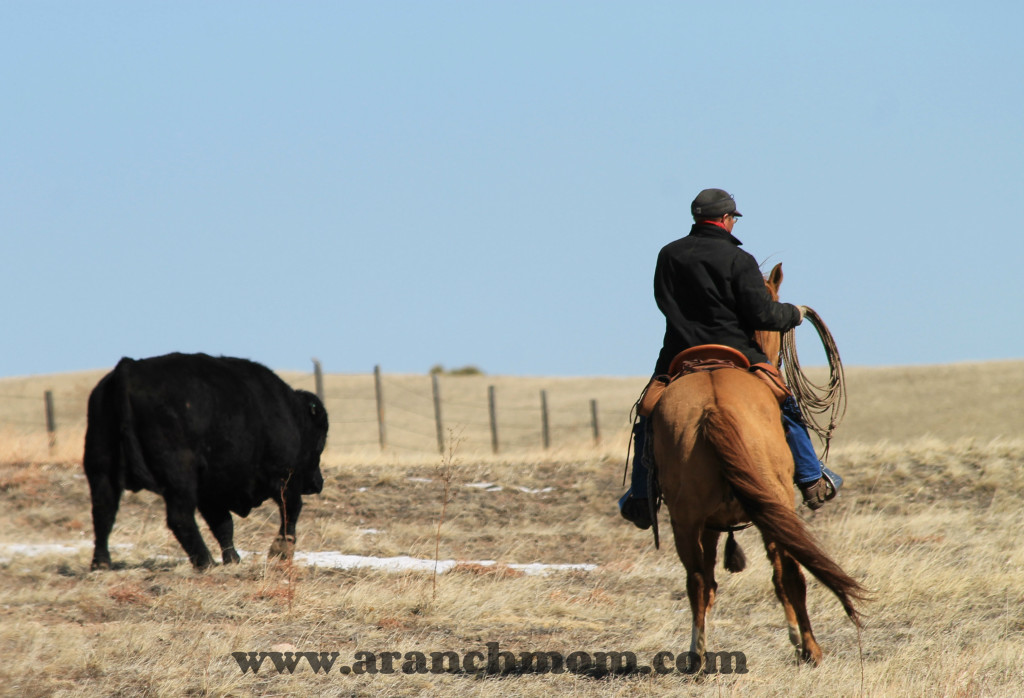 Check out the shu-fly hanging off the cinch under that saddle. Yeah – I made the cinch. 🙂 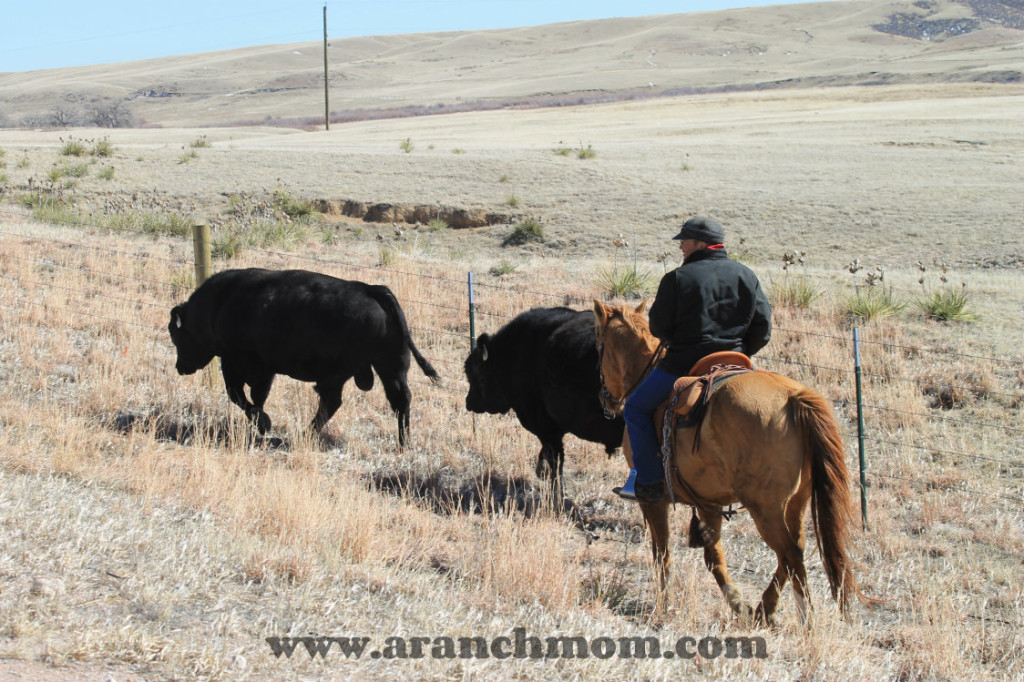 “Never approach a bull from the front, a horse from the rear, or a fool from any direction.”  ~Old West Proverb

*Cows are typical females – they like to be together. Which helps out when you are moving them from one pasture to another. They follow the herd, hence the term, herd-bound.

Bulls, on the other hand, are independent. They would rather do their own thing, and walking along in a group of other bulls is not their idea of a fun afternoon. 😉