I have this mindset that I am raising men, not boys. If we think of raising our sons as just raising boys, we tend to treat them as kids. But when I remember that the end goal is to produce strong men – then it really makes it imperative that I treat them as men-in-training, not just boys.

I want to share a story about my dad, and one simple way he made little boys feel like equals. Like men who were capable to make business deals with a man. A small act, to be sure, but powerful to a child. 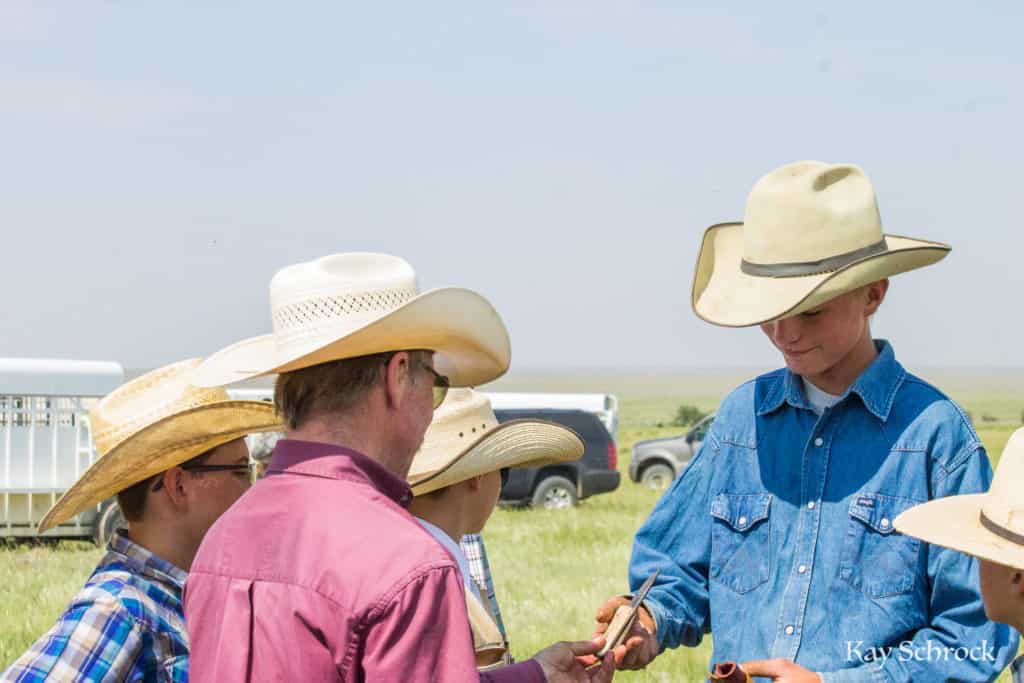 A rancher sells a knife to a young cowboy.

My dad is a man’s man. He was a logger, hunter, and fisherman. He wears lace-up work boots, and his arms are tanned from long days in the sun. He raised four boys and then four girls, in that order. I think after us girls came along, he kinda missed his boys. So he found ways to connect with the little boys that came into our lives.

One thing he liked to do was trade pocketknives. He’d be visiting some friends, and after a while, he’d see a young boy standing around and he’d go over to him and say: “Hey boy, do you have a knife?”

More often than not, the boy would look up and say: “yeah.” One eye raised as he looked up at Dad.

“Let me have a look,” Dad would say, hunkering down so he was at the boy’s level. The boy would plunge his hand into his pocket and proudly pull out a knife, along with bits of grass and other debris. Usually, the knife would be a simple, one-blade knife, chipped and dull from important projects like whittling sticks into sharp points. Dad would take the knife and carefully open it.

“Wow! Look at that blade!” He’d say, scraping his thumb across the blade to test the sharpness, and turning it to admire it from every angle. “That’s quite a knife… how would you like to trade?” He’d tilt his head and look at the boy, who was by now beaming at the praise from this tall man who cared about his knife.

“Well…” he’d say, by now convinced of his knife’s worth, having seen it’s value go up considerably by the interest shown by dad.

“Here, let’s see what I have.” Dad would hand the knife back, and reach into his own pocket. He’d pull out a shiny single blade knife, or sometimes a Swiss Army knife, replete with 3 blades on each side plus a tweezer that pulled out of the end. Dad would pull out every blade and tool, explaining the use of each one.

The boy’s eyes would grow wide at that point; he was hooked! I don’t know what all Dad said to those boys, but almost every time, they’d end up trading knives with Dad.

And they got the better end of the deal, I’m certain.

Dad wasn’t doing it for himself. He usually ended up with some dull, worthless little-boy knife. But he did it for the boy. He got on their level and talked to them like an equal. He traded with them as if they were a man. You should’ve seen those boys’ eyes light up! You could see their self-worth grow by a mile when this grown-up took the time to chat and trade.

Dad always kept a supply of knives for his trading habit. He had sleek folding knives with wooden handles and red Swiss Army knives. I don’t know where he got them all, but he was never without a knife to trade with some youngster. 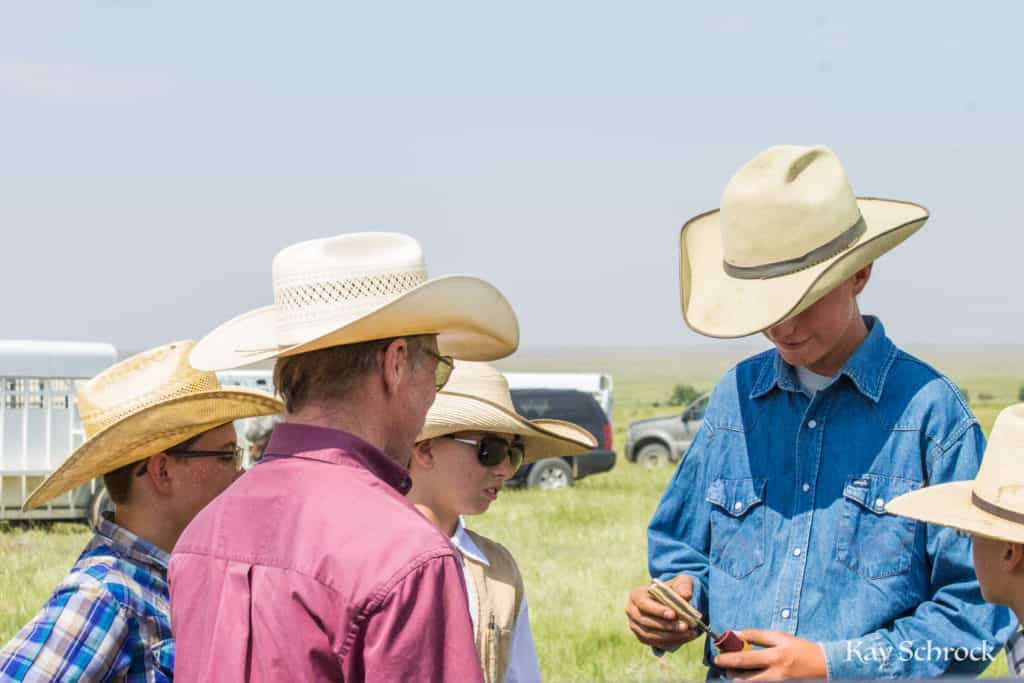 Young cowboy in Wyoming with his new knife.

Why should we be concerned with raising boys?

We are increasingly getting away from the ‘man’s man’ culture. Men are emasculated and marginalized and discriminated against. Boys are asked to be softer, weaker, and quieter than God ever intended.

I grew up in a household of 5 men and they are all tough, strong, loud, masculine men. And I love them for it. They will tease unmercifully, they sometimes even make jokes that make me mad, but I still prefer that over the wimpy version of men that society seems to want.

My own husband is also a strong, masculine man. He talks to little boys as if they are men. He shakes their hands gravely, and treats them as equals, calls them ‘sir’ and such.

This type of treatment of little-boys-as-men is an important aspect of raising boys to BE men. We don’t just want boys. We want men. Strong men who will stand firm on principle, strong men who are unflinching in the face of trouble, strong men who stand on truth with their very lives. 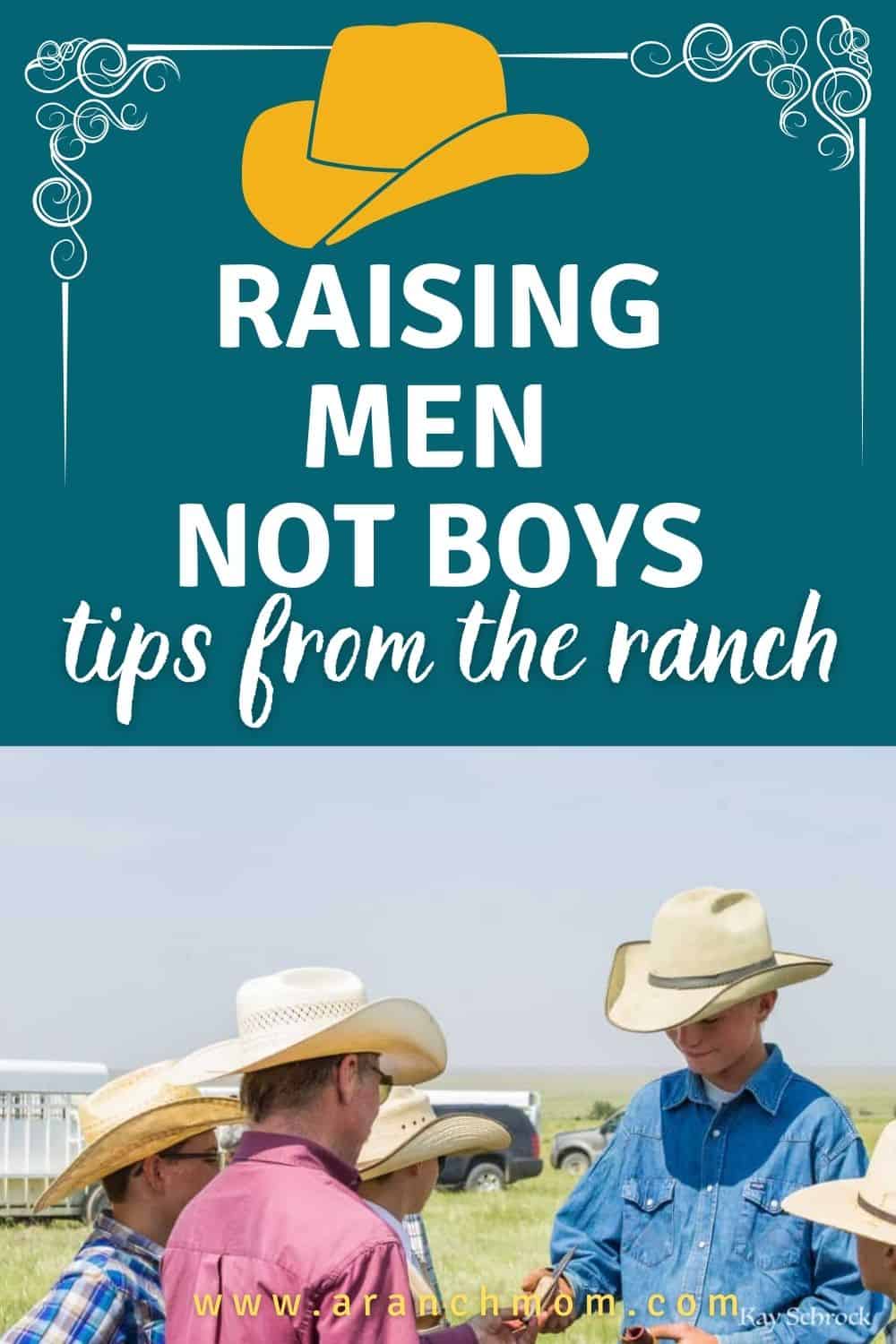 Maybe what this world needs is less fantasy football and more men who trade pocketknives with little boys. Men who take time to get down on a little boy’s level and discuss important things like whittling sticks and how to make a truck run.

We need men of all sorts, but one thing we need is strong men of character and humility who love the Lord with all their hearts. Let’s take time to raise men not boys.

We are a participant in the Amazon Services LLC Associates Program, an affiliate advertising program designed to provide a means for us to earn fees by linking to Amazon.com and affiliated sites.
1 shares
Menu
We use cookies to ensure that we give you the best experience on our website. If you continue to use this site we will assume that you are happy with it. OkRead more